Elizabeth Morgan | CARICOM: Advocacy for economic and social security – Whither the passion? 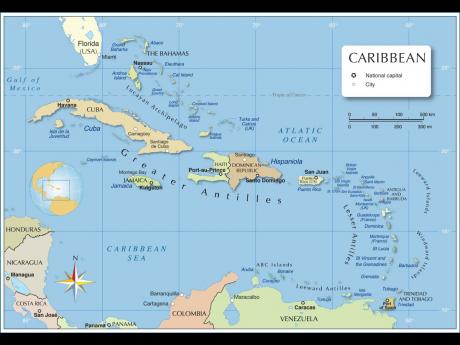 The International Monetary Fund, in a recent report on the ‘Outlook for Latin America and the Caribbean’, points out that the road to recovery will be long and winding, and weak growth in tourism will hold back recovery in the Caribbean.

“The economic recovery of the Caribbean is subject to considerable uncertainty related to the evolution of the COVID-19 pandemic.”

“People in the Caribbean face some of the highest levels of violence in the world.” – Alberto Brunori, Regional Representative, United Nations High Commissioner for Human Rights (OHCHR).

It is demonstrated, especially in recent weeks, that within member states of the Caribbean Community (CARICOM), passion can be generated about many things. But I often feel that the same passion is not directed to addressing the region’s social and economic challenges - protracted sluggish economic growth and spiralling crime rates.

In August 2019, my article focused on the quest for economic independence which, while some progress has been made in the post-independence period, for some more than others, it has generally proven elusive. At that time, I could never have imagined that in March 2020, a global health pandemic could envelop the globe and have severe economic and social implications for the CARICOM region.

At the start of 2021, while cautioning that recovery from the economic plunge of 2020 could be slow, there was some optimism that with COVID vaccines, a rejuvenation of the economy would be possible and life would return to some semblance of normality. CARICOM heads were focused on securing vaccines and developing recovery strategies. Alas, as 2021 progressed, it became evident that those forecasting an uncertain outlook were correct. The vaccines eventually arrived, but the take-up has been low; lower in some countries than others. In addition, new variants of COVID-19 have appeared.

For tourism-dependent countries, tourist arrivals have to recover to 2019 levels. In addition, with shipping bottlenecks and other production and supply problems, prices are rising and inflation is now a concern. The 53rd meeting of the CARICOM Council for Trade and Development (COTED) was held from November 23-24; however, I am still waiting to read of the outcome of this meeting. COTED has a mandate to address the state of the regional economy and to plan for the post-COVID economic recovery. We were told that the focus would be on implementing the CSME, which, in its 20th year, is still a long way from full implementation. The president of Guyana has been expressing his continuing concern about barriers to trade within the region, and thus barriers to implementing the CSME.

There is no doubt that this region’s figures for trade in goods and services will be far below those for 2019. For trade in goods with principal trading partner the USA, CARICOM imports are quite significant for the period January-September 2021, amounting to an estimated US$9 billion. Exports from CARICOM countries to the USA totalled an estimated US$7 billion, US$5 billion of this are exports from Guyana and Trinidad and Tobago, which are the only two countries having a surplus with the USA. The overall deficit for the region is US$2 billion. I am noting that commodity prices are increasing, which is good for those exporting petroleum products, sugar and other commodities, but not such good news for those importing.

LONG AND WINDING ROAD TO RECOVERY

Regarding trade in services (tourism) for January to August 2021, while for some countries tourist arrivals have increased over 2020, the arrival figures are far below 2019. For example, in 2019, arrivals for Jamaica were an estimated 1.9 million; for this period in 2021, arrivals were 870,000. For the same period, the estimated total arrivals for the 10 main CARICOM countries, where tourism is a key sector, was nearly six million in 2019, while the total arrivals in 2021 is two million.

Earnings from the sector will be low. Thus, the economic outlook is not encouraging, and further dampens the prospects for recovery from the pandemic. The International Monetary Fund (IMF), in a recent report on the ‘Outlook for Latin America and the Caribbean’, points out that the road to recovery will be long and winding, and weak growth in tourism will hold back recovery in the Caribbean.

On the social front, there is continuing concern about spiralling crime rates in several CARICOM countries, and as the representative of the UN Office of the High Commissioner for Human Rights stated, there are three CARICOM countries with the highest crime rate in Latin America and the Caribbean - Jamaica, Trinidad and Tobago and Belize. It does not stop there. Several CARICOM countries appear in the top 20 on the various lists of countries with the highest murder rates in the world. Crime, it is reported, is stifling growth and development in the CARICOM region and taking a heavy toll on investment in-flows.

So, while there is a great deal of passion and outrage surrounding particular political developments in the region, or lack of, it would be very encouraging to see an equal amount of passion and zeal channelled towards advocacy for addressing the economic and social crises engulfing countries of this region. Political independence is more meaningful, in my opinion, when accompanied by economic and social security.