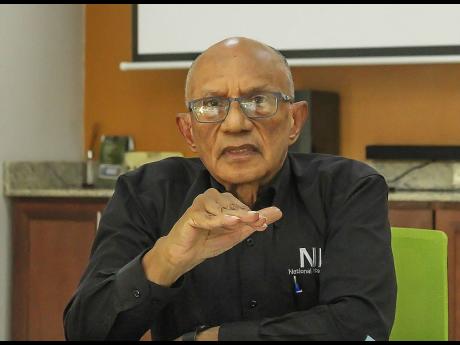 The Privy Council’s confirmation last week of the limits on the power of the Integrity Commission (IC) in the Turks and Caicos Islands to demand documents from third parties, without a formal investigation of someone who is subject to its authority, is a timely reminder of the many suggestions for amendments to the Jamaican law, over which Parliament has been dragging its feet.

Among the most urgent of these is the call for the removal of the infamous Section 53(3), or the gagging clause, which prevents the Jamaican commission from announcing, confirming, and otherwise commenting on an investigation until it has been completed and a report sent to, and tabled in, Parliament. So as Trevor Munroe, the principal director of National Integrity Action, an anti-corruption watchdog, reminded recently, five months after the IC completed its 2020-21 report, that the commission has not named the two legislators and six public servants who were recommended for prosecution for allegedly providing false information in their statutory declarations.

Although, in this case, it may well be the commission being overly, and wrongly, cautious in its interpretation and application of the gag clause rather than it following the letter of the law.

In any event, among Parliament’s first order of business when it returns from its Christmas recess must be for the Integrity Commission’s oversight committee to complete the review meeting it commenced in November and then recommend the establishment of a joint select committee to hold hearings into the reform suggestions that are already on the table. Most of these have the endorsement of this newspaper.

There is, however, another suggestion, not yet discussed, that we wish to place on the agenda. However, it must not be used as a distraction or ruse to delay those amendments that can be done almost immediately. The proposal is that like in the Turks and Caicos Islands, Jamaica’s Integrity Commission should be embedded in the Constitution, rather than remaining a creature of a statute, thereby being more easily open to the manipulative enterprises of unscrupulous lawmakers. There is a long-standing, similar commitment for the Electoral Commission. We hope that these are among matters Prime Minister Andrew Holness intends to pursue in the constitutional reform project he promised to launch early in 2022.

In the Turks and Caicos ruling last week, the Privy Council held that a proper interpretation of the ordinance setting out the operating rules for that territory’s integrity commission prevents its investigators from demanding information from organisations and individuals about officials, about people who are subject to its integrity rules, without first opening a formal enquiry into their actions. A formal enquiry triggers the commission’s quasi-judicial powers and, thereby, the authority to summon witnesses and demand information they may hold that is relevant to the investigation. However, it has to have, however low the threshold, some basis for that investigation.

We endorse that principle. It limits the likelihood of regulators going on speculative jaunts, hoping for information to fit hunches. It is, however, unlikely that a complaint like the one explored in the Turks and Caicos case would arise with respect to the Jamaican commission. For while the law gives the IC’s director of information and compliance the right to, in writing, ask declarants for additional information about their assets and liabilities filings, the specific powers to summon witnesses and command information in a quasi-judicial environment rests with the director of investigations (DOI). All investigations by the DOI, on our reading of the law, are formal/official, and have been escalated by the director of information and compliance, mostly via the commissioners, after determining that a matter deserves further attention.

While there must be a balance between advancing anti-corruption investigations and protecting citizens from jackbooted behaviour by overzealous officials, the muzzling of the IC was a bridge too far by legislators, who were keen to protect themselves and public-sector bureaucrats. The greater mischief, we believe, is an absence of transparency. That diminishes public trust and support for our institutions, and corruption thrives in darkness.

In any event, responsible commissioners are quite capable of determining what they can reasonably disclose about an investigation without compromising the integrity of the probe and the rights and reputation of the person(s) being investigated.

We support, too, the commission’s call for the elimination of the loophole that might allow legislators’ family members becoming conduits for bribes since parliamentarians can receive gifts from family without having to report them in their annual declarations. The IC’s proposal that Jamaica makes bribing public officials by private commercial organisations a strict liability offence, where the intentions of the bribe, and all the elements thereof, do not have to be proved for a crime to be established.

And although this view is not supported by the IC, the auditor general’s (AG) seat on the Integrity Commission presents a clear and obvious conflict for the AG, which must be remedied in the proposed legislative review.

The commission has several other suggestions that it believes will improve the quality of law and the efficacy of the IC. They all should get a fair hearing for implementation on their merit if the Government is indeed serious about fighting corruption.