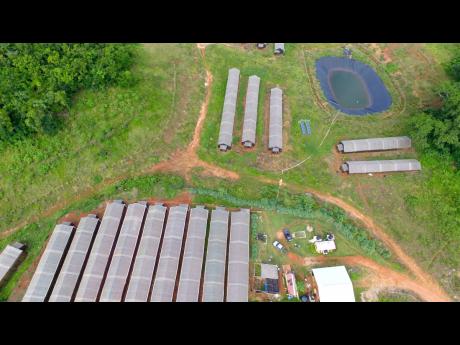 Last week, Robert Montague teased Jamaicans with the possibility of the country being “on the cusp of brand new industry”, based on prospecting conducted over recent years by the minerals exploration company, Geophysyx.

Precisely what excited mining minister and Geophysyx’s principal, Bobby Stewart, isn’t known. The smart money, however, is tending towards a bet that the researchers have detected the presence of rare earth minerals, which they would still have to confirm is available in commercial quantities and easily extractable. But Geophysyx was also prospecting for gold and copper – and any other commercially viable minerals.

Whatever Mr Stewart’s company may have found to encourage him to add to the more than J$1 billion he has already spent on the venture, it ought to be obvious to Jamaica’s Government that it need not await the provenance of those discoveries to undertake an overhaul, and upgrading, of Jamaica’s mining laws. The same has to happen with its regulatory institutions, taking into account the changing global environment, including global warming and climate change. In fact, Minister Montague should recognise that Jamaica may not be merely on the “cusp of a new industry”, but that one is already upon us.

If, indeed, it is rare earth elements (REE) that Geophysyx has in its sights, Minister Montague’s excitement is quite understandable. That would be a potential economic game changer and imply Jamaica’s return to geostrategic importance as a supplier of minerals – similar to the days when the island was the world’s major producer of bauxite.

Rare earth elements – a group of 17 metal minerals – aren’t particularly rare, although they are harder to find in large deposits. However, there is no doubting their importance. They are critical to more than 200 components in high-tech products – including for satellites, computers, mobile phones and batteries in electric vehicles, as well as those used to store power generated from renewable energy sources.

The latter applications, especially, have enhanced the significance of REEs, given the importance being placed on EVs and decarbonised grids to meet the goal of keeping the rise in Earth’s temperature to below 1.5º Celsius by the end of the century, compared to the pre-industrial period.

The strategic value of REEs is wrapped up in geopolitical considerations. More than 60 per cent (it used to be over 90 per cent) of the world’s supply of the stuff comes from China – a fast-emerging technological, economic and geopolitical power, which the United States classifies as its major geostrategic rival. Against this backdrop, the US has been promoting the mining of REEs within its borders and by Western allies, so as to lessen dependence on China. Those concerns further hardened for the United States last month when the REE divisions of three major suppliers merged, which Washington fears will give Beijing greater leverage over global markets.

These developments, on the face of it, open opportunities for Jamaica, if it can indeed use cutting-edge technologies to deliver REEs to a hungry market – even before the advent of provable stand-alone deposits.

Rare earth elements and other minerals, including iron, are known to exist in bauxite, which, in Jamaica, is either exported as ore or refined into alumina. That refining process leaves a red sludge, which is mostly stored in so-called red mud lakes, near alumina refineries. A technology developed in Jamaica in the 1980s also allows the effluent to be dried and stacked.

Nearly a decade ago, the Japanese company, Nippon Light Metals, partnered with the Jamaica Bauxite Institute (JBI) in an attempt to advance technologies to make it cost-effective to extract REEs from the alumina production waste. The partners apparently filed patents from their research, but didn’t appear to make sufficient headway to bring their technology to market. A US$50-million laboratory that Nippon financed at the JBI headquarters now remains underutilised.

However, last year DADA Holdings, Jamaica’s former partner in Noranda Bauxite (now St Ann Bauxite), announced a joint venture with the Canadian company, Enervoxa, to extract REEs from the 35 million tonnes red mud waste that was collected near DADA’s alumina refinery in Gramercy, Louisiana. That effluent is from bauxite shipped from Jamaica.

It is not known if the project will advance under the refinery’s new owners, and Jamaica’s current partner in the bauxite operation, Atlantic Alumina Company. However, as this newspaper has argued before, these developments make a compelling case for a change in how Jamaica prices its bauxite, and the rights that derive to companies that mine and refine bauxite here. The ownership of the minerals that can be extracted from the waste after the bauxite ore is refined to alumina must be clarified in law. They belong to Jamaica. The price/royalties paid on exported bauxite should reflect the intrinsic value of the additional elements.

Further, as the recent quarrels over the whether the Government’s Clarendon Alumina Company (CAP) had a handle on the costs incurred by Noble Group, in running Jamalco – the alumina refinery jointly owned by CAP and Noble – has echoes of the days when Jamaica feared transfer pricing by the multinationals that operated in the island. That, in part, led to the 1974 introduction of the bauxite reproduction, on which companies were charged on the basis of their output, rather than reported profit.

Such concerns also inspired the creation of the JBI to conduct research and to create a body of knowledge about the functioning of the global bauxite/alumina/aluminium industry. JBI provided a platform for the development and growth of some of the world’s leading experts in the field – Carlton Davis, Dennis Morrison, Parris Lyew Ayee Sr. Theirs isn’t easily replaceable institutional knowledge, which, it seems, is being little used. In fact, the JBI, these days, appears to be merely limping along, which may reflect the perception of the industry. The new environment, however, insists on its rejuvenation. There is no need to attempt to reinvent the wheel.