Garth Rattray | It is within our power to improve 2022 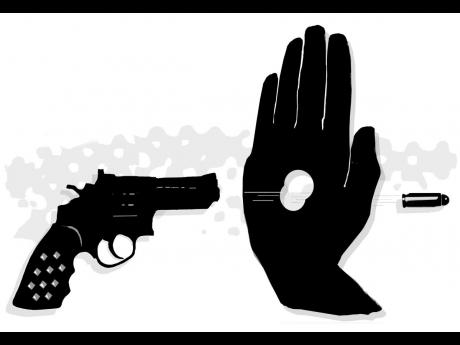 The year 2022 began with several bangs. There were illegal gun salutes that ended up causing harm. The Commissioner of Police specifically warned against them, but his warnings went unheeded. Some years ago, I had a patient who was exiting her home on the way to the airport for an extended trip abroad. She reported feeling as if something struck her on the right side of her back. It turned out to be a bullet on its way down from being fired in a gun salute. Instead of going abroad, she had to spend several days in the hospital. Thank God, she survived.

And, I had a female patient who was killed by a bullet from a nearby gun salute. She was sitting beside a female friend when she heard the explosions. She asked her friend if those were gunshots. When her friend turned to respond, she noticed blood on my patient’s blouse. She died a few minutes later. What goes up must come down, but the idiots who insist on carrying out gun salutes don’t care where their warheads fall, or who they injure or kill.

Curfews and the localised use of emergency powers have lost their inhibitory effect due to overuse. We cannot place the security forces on every street. Anarchy looms as long as there are disenfranchised citizens, needy communities, endemic indiscipline, undereducated and uneducated youth, dependent constituents, and rampant corruption. We urgently need palpable and widespread social reform. We also need the many good citizens within affected communities to band together, denounce criminality, and provide intelligence (directly or indirectly) to the authorities.

More bangs – as expected, right on cue; on the very first day of the new year, there were bangs from deadly automobile crashes. Scientists and physicians try to stay away from saying, ‘accidents’ because that word suggests incidents over which no one has control…things like unseen potholes, unanticipated mechanical failure, or weather-related problems. But what we are having are many crashes; and many deadly crashes. With the increased number of motor vehicles and additional drivers on our roads, we should expect our crash statistics to reflect the increase in road use by the motoring public. But we are experiencing a plethora of preventable crashes.

People know of these horrible crashes through the mainstream media, and even more through social media that show gruesome images of human carnage on our roads. Whereas we are all fallible, the number of drivers falling into the ‘road hog’ category has grown exponentially. They are undaunted by the efforts of the authorities and the steady stream of macabre videos and images of mangled corpses at accident scenes littered with unrecognisable metal remnants of motor vehicles.

I have always opined that we would see a huge reduction in crashes if unmarked police motor vehicles were constantly driving among the traffic. No one would readily know that they are police and, after many lawbreakers come to realise that the vehicle ahead, behind or beside them could be the traffic police, they would behave. The current static [speed and document] checkpoints are obviously not working. I regularly see vehicles slow down and meekly drive by them, only to transform into veritable reckless and dangerous missiles within a few metres. And, increased fines send the message that it’s mostly about revenue. Rogue cops, also called ‘extortionists’ by some road users, benefit significantly from the increased fines. Why not instigate compulsory (after-hours) traffic school for some offences?

As predicted, there is an explosion (another big bang) of COVID-19 cases. The recent Omicron variant is described as ‘hyper-contagious’. A possible saving grace is that scientists seem to believe that it is not as deadly. Sadly, most people are still not adhering to the COVID-19 protocols and are tired of hearing about them. Most people won’t even wear a mask, and now we are being told that cloth masks are no longer considered effective against this very transmissible mutation. Easily acquired surgical masks should be worn over them to offer better protection, but, better still, try to acquire an N95 mask or a similar product.

Scientists believe that Omicron is so easily transmitted that it will spread if a mask slips below the nose for an instant. Distancing is much more important now and so is hand hygiene. Vaccines are certainly not 100 per cent effective; however, they provide significant protection against severe illness and death. It is far better to be protected with vaccination than to risk getting infected with SARS-CoV-2 while unprotected.

If we simply have cared for the welfare of others, we would significantly reduce crime and violence, make our roads much safer, and beat COVID-19. We can still make this a Happy New Year.