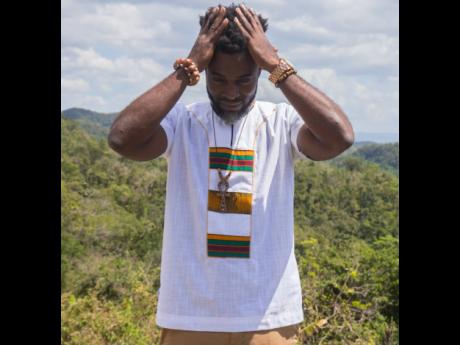 We are especially disquieted by Richard Currie, the increasingly delusional leader of the Accompong Maroons.

This newspaper is at one with Prime Minister Andrew Holness about the inviolability of the Jamaican State, and shares his concerns about those leaders of Maroon communities who claim sovereignty of their territories.

Indeed, as was made plain six months ago, we are especially disquieted by Richard Currie, the increasingly delusional leader of the Accompong Maroons. We fear that he might, in increments, lead his residents of the hilly St Elizabeth village into a nasty conflict with the Jamaican State, from which no good can come; especially for the Accompong community.

At the same time, it is important that Mr Holness clarifies the Government’s policy of disengagement from entities or organisations claiming sovereign rights within the territory of Jamaica, and his follow-up remarks at the weekend about withholding of money from such bodies.

For while, on the face of it, the prime minister’s position is entirely sensible, the devil, as the saying goes, is in the details. It must be clear, and known, that this policy is not intended to withhold, or slow down, funding for infrastructure and social projects in these communities that were developed and directly managed by the central government and/or municipal authorities.

Depriving Richard Currie of state resources is one thing, but appearing to inflict collective punishment on a community is quite another. Mr Holness must not leave that as a possible interpretation of his policy, to be exploited by Richard Currie and others of similar mindset.

The debate about the place of Maroons in Jamaican society, including whether they are due special privileges, autonomy even, is not new. Descended from runaway slaves after Spain’s settlement of Jamaica in the early 16th century, they came into their own following English settlers who displaced the Spanish in the 1650s. For more than 80 years, the Maroons harassed and harried English colonists. New runaway slaves swelled their ranks. But after a major war in 1739, one of Mr Currie’s forerunners, Cudjoe, the leader of the Maroons in western Jamaica, signed a peace treaty with the English, to which other leaders subscribed.

That agreement committed Maroons to end attacks on English settlements, capture and return runaways, and to support the English from internal insurrections or external attacks. In exchange, the freedom of the Maroons was recognised, they were given land and afforded autonomy.

While the Maroons have sometimes interpreted the 1739 treaty as meaning they had sovereign authority in their communities, most historians and legal scholars say nothing in it gives that right. Further, both the British and Jamaica’s colonial parliaments passed laws derogating from the treaty, which was, in any event, superseded by Jamaica’s Independence Constitution of 1962.

Mostly, though, the Maroons have asserted their supposed cultural peculiarities from other Jamaicans – until Mr Currie’s election a year ago as colonel of the Accompong Maroons brought a new militancy to his group.

He talks regularly about the sovereignty of Maroon territory, an assertion that came close to being violently tested last August when a group of Maroons chased armed police officers, who were searching for marijuana fields, from communal lands. The police tactfully retreated in the face of taunts.

In a video clip from the scene, Mr Currie appeared with what seemed to be a rifle slung across his shoulders, which he defended as a means of protecting his people. His ancestors, he said, had bows and arrows; modern times demanded modern weapons.

While Mr Currie enjoys strong loyalty among his supporters, others in the village accuse him of increasingly high-handed, authoritarian rule. He has denied these allegations.

Last week, leading up to the 284th anniversary of the Maroon Treaty, the police warned against the traditional big celebrations in Accompong because of COVID-19 protocols. Mr Currie snubbed his nose at the warnings. The event was held and violence broke out among patrons. One person was shot dead. Several others were injured.

In the midst of these controversies, it emerged that the Cabinet Office had circulated an order to ministries and their agencies, telling officials that they must not engage with “any entity or organisation that claims to be a separate government within a part of Jamaica”. Neither should there be any acceptance of any claim of sovereignty or indigenous rights, “and no funds must be placed at the disposal of any person or entity claiming such”.

MORE THAN LEGALLY AND MORALLY RIGHT

At a press conference on Sunday, Mr Holness angrily defended the policy, saying that taxpayers’ money would not be used to finance separatists.

He warned that treating claims of sovereignty and the militancy of groups as innocuous was dangerous. “This is the stuff of how guerilla wars come and states break down,” he said.

Some people will feel that Mr Holness has overreacted. But judging the protagonists on the other side, Jamaica should have a sense of the dangers, but without, at this point, overstating the current situation.

Not surprisingly, Mr Currie responded by stoking the fire. He seemingly enjoys the limelight and the opportunity to play a great leader, probably seeing himself as a reincarnation of Cudjoe. And there are many impressionable young men who bask in Mr Currie’s glow. It may not require much to set off the tinderbox.

The administration, in the circumstances, has to be more than legally and morally right. It has to place itself in a position to erode the support enjoyed by Mr Currie. While he is starved of state funds, the community must not feel that it is being shunted aside. The Jamaican State must make him irrelevant in the eyes of the community. Which is why Mr Holness has to be calibrated in the actions he takes. Policy clarity, therefore, is necessary.