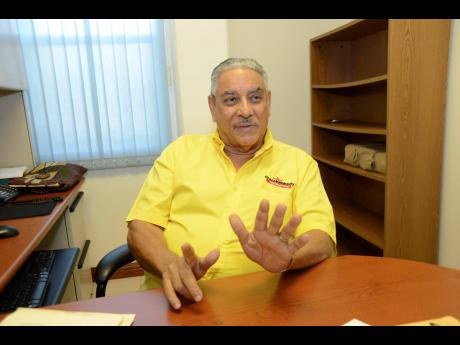 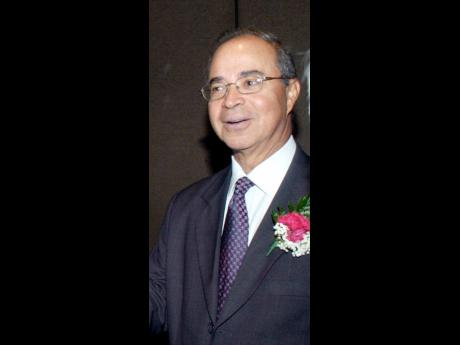 WELL, AFTER hoping and praying that 2022 would not be 2021 in disguise, it appears that we are in for another wild and unpredictable 365 days. Hundreds of new COVID-19 cases and 37 murders since January 1. and it is clear that COVID-19 and crime have already set their sights on making the title of Newsmaker of the Year a two-man race, for the third year running. One of the not-so-immediately visible tragedies of this pandemic is that it is robbing us of the ability to pay our deepest respects and honour to some of our most impactful nation-builders as they transition this life.

Last Tuesday, Jamaica, The University of the West Indies, and GraceKennedy and Jamaica College families said goodbye to one of our most talented, most vibrant and most patriotic sons with the passing of James ‘Jimmy’ Moss-Solomon. Four days later, another accomplished Jamaica College stalwart and former President of Life of Jamaica Michael Fraser transitioned. And as the public and private sectors and the JC old boys fraternity mourned the loss of these two giants, another larger-than-life figure, Reverend Canon Peter Mullings, left this earth. Three massive personalities in one week. But because of the COVID and crime alarm bells that have been sounding since the start of the year, these three men, like the other giants this country has lost since this pandemic started, may not get the fitting send-off they deserve, as social distancing and restrictions on public gatherings persist.

At the time of this writing, physical attendance at any event hosted by public entities has a 50-person limit and is strictly by invitation only. Funerals are permitted with a maximum of 20 persons physically present, including mourners, clergy and support personnel. Of course, live-streaming does help to alleviate some of these restrictions, but certainly, the pain of not even being able to hug a relative to help assuage the hurt of their loss, is still something that Mark Zuckenberg’s technology has not yet addressed.

Which is a real shame, as these three important gentlemen and the accomplished lives they lived certainly deserve much more than whatever compromises we will have to make in showing our appreciation for their life.

My earliest recollections of Jimmy centred around his role as chairman of the Jamaica College School Board way back when I was a boy at JC. ‘Stern’, ‘strict’ and ‘business-like’ are the words I would use to describe him. A former school captain and board chairman, Jimmy displayed an infectious commitment to the college, which helped to inspire and motivate us ‘Blue Shirts’ to come back to serve our alma mater one day. We knew that he was someone ‘important’, but really didn’t appreciate just how much of a giant he was, despite his diminutive stature. After joining GraceKennedy as a management trainee in 1971, he remained at the company for over 35 years, holding various posts such as executive chairman of Hi-Lo and Medi-Grace Limited, divisional director of international business, general manager of Grace Kennedy Merchandise, and divisional director, industrial retail and trading. He was appointed director of corporate affairs in June 1998 and would go on to become a founding director of the GraceKennedy Foundation and the Grace & Staff Community Development Foundation. Later, he would serve as executive-in-residence to the Mona School of Business and Management at the UWI, and chairman of the University Hospital’s board of directors. What would surprise a lot of people, however, was Jimmy’s accomplishments as a sportsman, having represented Jamaica at the Commonwealth Games and the Central American and Caribbean Games in swimming and water polo.

I knew Mike from our service as members of the Jamaica College Foundation. Always affable, always smiling, Mike loved JC and was always interested in what the boys were up to. Admittedly, I wasn’t that familiar with his exploits and accomplishments outside of JC, but that was Mike – humble and unassuming to a fault. During our interactions, he very rarely spoke about his personal and professional accomplishments and was always more interested in the next big thing at JC. A former president of Island Life Insurance Company and former senior executive at Sagicor Life, Mike also served as vice-chairman of the Jamaica Cancer Society, and was a member of the United Way. Before those heady appointments though, Mike attended JC from 1953 to 1969, and would often entertain us with stories about the days of short pants and khaki uniforms. Mike gave selflessly to the development of Jamaica College and numerous other volunteer endeavours.

Canon Mullings was our chaplain, religious education teacher and spiritual godfather at Jamaica College. A giant of a man, if not in terms of corporate accomplishments, certainly in terms of the girth of his waistline. We loved Canon Mullings. Perhaps the greatest demonstration of our utter reverence for this man came from the fact that in all my years, I have never once heard a nickname for him, a rarity at JC in those days. ‘Phantom’, ‘Maddy’, ‘Space Rat’, ‘Ghandi’ – hardly any teacher came through JC’s gates and left unscathed. Except for Canon Mullings. Perhaps we dared not risk rejection at the Pearly Gates or losing a seat among the saints, but Canon Mullings commanded our respect and our veneration. I can honestly say that I have never in my life seen him without a humble, assured smile on his face, even when we were at our worst. And we were always at our worst. Perhaps he was able to maintain this poise because unbeknownst to us, he was one of only two Jamaican priests who held a licence to perform exorcisms in Jamaica. No doubt, he kept this secret close to his chest, as its revelation would have led to an appropriate nickname being assigned to him in short order. But Canon Mullings was a true gentleman and a soother of souls. Canon Mullings left big shoes (and big pants) to be filled when he retired from Jamaica College, and later from the Church of Ascension in Mona in 2012. His passing closes an incredible era for JC old boys across the world.

The passing of these three men, and in such close proximity to each other, is another timely reminder of just how fragile and fleeting life is; as if the last two years haven’t reminded us enough. But it is also a cue that we should do more to celebrate and honour our heroes and our loved ones while we have them in the moment.