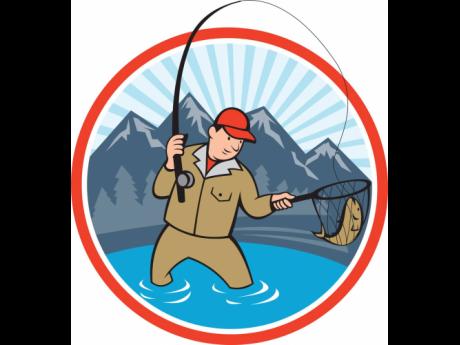 I WAS in the Bahamas working with health department employees, community leaders and hospital staff on dengue prevention. When we wrapped up a session, one of the participants who knew I was staying at the Atlantis asked, “So you’re in the casino...

I WAS in the Bahamas working with health department employees, community leaders and hospital staff on dengue prevention. When we wrapped up a session, one of the participants who knew I was staying at the Atlantis asked, “So you’re in the casino tonight, right?” “Not me,” I replied. “I am going fishing.” He laughed, “I know how you deal with people and all the jokes you tell in your lectures, but how do you communicate with a fish?” The others snickered. I put on my serious face, paused a second or two, and then quipped, “I drop it a line.” Fortunately, he didn’t ask me what kind of music I listen to while fishing, because I would have said, “Something catchy!”

This preamble is really a red herring. It is like the question, “Why was the seafood restaurant being investigated by the Inland Revenue Department?” The owners were suspected of being a shell company in some fishy business. I smiled as I thought of it because I was in our car being driven by my son Zubin along the mountainous North Coast Road of Trinidad with the sea and Atlantic Ocean below us. It could have been any other Caribbean country, especially since we were on ‘fishing’ and not ‘fishy’ business.

Henry David Thoreau, the famous naturalist, believed, “Many men go fishing all their lives without knowing that it is not fish they are after.” While he might be right most of the time, he was definitely wrong in our case. Fishing as a sport, hobby, or way of life has caught us hook, line and sinker. It is said that the two happiest days of your life are when you buy a boat and when you sell it. However, as we pushed the 27-foot pirogue (fishing boat) out from the sheltered bay with the boat’s owner and our friend Peter, who knows all the ‘banks’ and with whom we have trolled for king fish, we could not think of any happier days, past or future. This was our present – to ourselves.

I had taught Zubin to fish for the love of it. I know that, if you give a man a fish, he will have a meal but I also learnt that, like me, if you teach a man how to fish, he is very likely to spend thousands of dollars on fishing equipment. Or, if you give him one, he might eat for a day and then will come back hungry the next day. In that case, it is better to catch a man a fish and sell it to him. However, if you teach him to fish, you will ruin a wonderful business opportunity. Or, instead of eating for a lifetime, if you teach him fishing, he will turn around and behave as if he invented it and you’re just an idiot. In that case, it is better to cut him up into little bits so that he will become your chum. The only thing worse than that is teaching 100 men to fish, because you will end up creating the biggest single threat to our regional ecosystem.

I always thought that I could stand on a jetty or sit in a boat with my sons and friends around me, cast lines all day long, never catch a single fish, come home, and still feel I had a great and wonderful time. Except that the day we chose was not as wonderful as it was memorable. The Atlantic was either trying to take us to Atlantis or provide us an immediate date with either destiny or mermaids. I threw down a 16-ounce sinker and it floated. We didn’t have to pull up the anchor, it never really went or stayed down. Occasionally, the sky above and the sea below changed places and, instead of ups and downs, we experienced boat and both. However, I decided that, come hell (the high water was already with us), we would let our lines into the water, even if we had to go down with them, and hook ourselves to the boat. While fighting the currents and the hurly-burly, and waiting for a bite or even a solitary nibble, I thought of the big fish, little pond way of life I had given up for the big pond and deep sea.

Some experts swear by the ‘BFLPE’ (big fish, little pond effect). They preach that children perform better if they are with a less capable group, and being a big fish in a little pond is better than trying to become a big fish in a big pond. Unfortunately, almost all the big fish in the little ponds of the region become, and behave, like Jaws in a village ravine. The West Indian Federation failed and CARICOM has never really worked because every prime minister, media magnate, police commissioner or even public servant wants to remain the biggest fish in a little pool of people and resources. They are afraid that, if they try the big league, they will lose the power, respect, wealth and ‘freeness’ they enjoy. I have seen a lot of big fish in our little regional ponds clinging with teeth, nails and skulduggery to their little bits of sand and rock while making sure there is no election for the leadership of CARICOM. Instead, there is a schedule giving each shark a small ceremonial bite, very limited time and no power.

Fortunately, there are still Caribbean people who are willing and prepared to take on the challenges of the big pond. The Jamaica bobsled team took on the world without fear. They joined our cricketers and other athletes who were already there. We have academics, media and other professionals who are in the big league. For many of us, even being small fish in the big pond is a triumph in its own right. As Victoria Beckham said, “In England, David and I are big fish in a small pond. But in L A, we are tiny, tiny, tiny fish in a big pond.” Yet, they’re still there. I remember, when I was the Government’s television producer and I walked into a New York store, the owner asked, “You from Trinidad?” Then added without waiting for my answer, “You’re in the right place. Dr Williams shops here. Even Tony Deyal comes here. You know Tony Deyal?” However, after I had left television, a woman took a long time on Frederick Street looking at me and, finally recognising me, said beaming, “You used to be Tony Deyal?”

Unlike people who describe themselves as ‘media celebrities’ or ‘former’ anything, I prefer to be a small and slightly overweight fisherman in the big pond catching my fish or my ‘nennen’ in the Atlantic. I see my friends in the regional media who are content with only one-sided stories and I let them be. In the meantime, I try to be the best I can be and will continue to reach out and show the people of this region how much we can gain from togetherness in this slightly bigger pond that is the Caribbean.

Tony Deyal was last seen telling a friend how tough things were for him in Trinidad. His friend asked sagely, “Would the fish have ever been caught if it had kept its mouth shut?” Send feedback to columns@gleanerjm.com .