Gordon Robinson | Be careful what you ask for 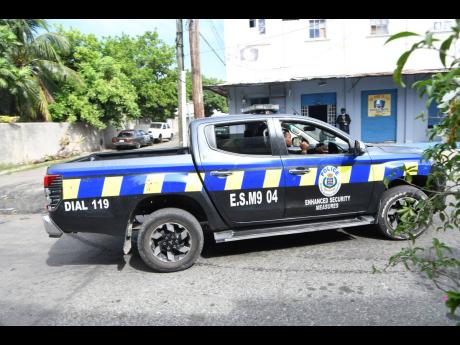 The Government continues its obsession with its favourite diversion, namely, states of public emergency (SOEs).

Wherever the prime minister or national security minister is heard these days, they are drowned out by the sound of toys being thrown out of prams in protest that their number one plaything has been taken away. Whether in Parliament, church, or at swearing-in ceremonies, the weeping, wailing and gnashing of teeth are louder than The Old Ball and Chain’s one-year-old grandson Knowall when he wants attention from his parents, the Ampersand and Frittata (loved my culinary creation called ‘father’s famous fritters’; stamp-and-go fritters; and Old BC’s special breakfast frittata).

Knowall hears and sees everything (especially his parents) at any distance. Having spent his first year holed up in a Toronto apartment with parents alone, he demands their continuous attention. If frittata is missing for the shortest time, his loud, persistent demands for her return are irresistible. He sees her no matter how hard grandparents try to hide her movements. The late great Desmond Dekker (and the aces):

“You think I never see you

when you jump over di wall

You think I never see you

when you accidently fall.”

Knowall’s caterwauling sounds just like the Government crying for states of emergency. But the constant bawling, while embarrassing for adults in the audience, is entirely People’s National Party’s (PNP) fault.

As Arnold said to his brother, “What you talkin’ ’bout, Willis?”

I’ll tell you. PM made it clear he blames the PNP for every new murder because it blocked SOEs’ extension in the Senate. I also blame them, but for something else entirely, albeit related.

PNP had a glorious opportunity to give the Government what it wanted, so the ancient maxim ‘Be careful what you ask for’ could be proven apt for the umpteenth time. Instead, as obsessed with opposing as the Government is with SOEs, it gave the Government a perfect ‘out’. Now, whenever there’s a rash of killings, the Government bangs on its toys in puerile delight and accuses PNP of not wanting to “save lives”.

All PNP had to do was give the Government its teddy bear and allow the Government to cuddle and play with it to its heart’s content. Jamaica would soon learn this toothpaste-tube approach to crime-fighting is as worthless as a quattie (look it up). Unless the Government can sustain islandwide SOEs forever, organised criminals with sources within the police force will always be a step ahead of the Government, and reduction in murders here will become increase in murders there. There must be a better way.

Until the Government commits to a root-cause solution, including, but not limited to, stemming gun importation into Jamaica through ports as leaky as Wendy Williams’ mouth, and convicting aspiring importers, everywhere is war. Until the Government takes tough decisions about de-corrupting the Jamaica Constabulary Force and abolishing gun licensing (it’s an ‘emergency’, remember?) everywhere is war. If I hear one more wannabe two-gun-kid, showing off firearms so women can be turned on and baldpates turned off, say ‘Guns don’t kill people; people kill people’, I’ll barf. If that’s so then eliminate people. Until that’s feasible, try eliminating illegal guns (not just legal guns shipped here in error).

Reaping of the whirlwind

So it’s PNP that prevented the Government from proving SOEs don’t work and caused us to be listening to the Government’s persistently pusillanimous, political petulance. PNP’s reaping of the whirlwind it has sown is coming in imminent local government polls.

why you accidently fall

And don’t talk to me about SOEs being unconstitutional. They appear to be. But that’s decided in court, not Parliament. PNP successfully sued the Government over a national identification card’s constitutionality. Why won’t it do the same regarding a far more fundamental breach of human rights?