US democracy crisis: Are we in CARICOM assessing the situation? 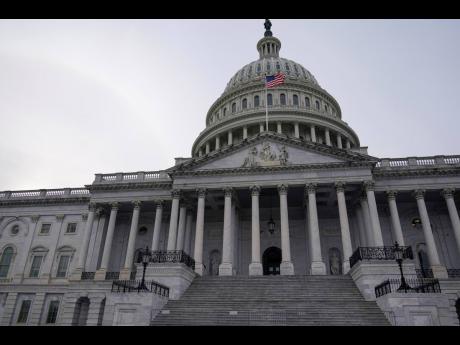 AP
The U.S. Capitol seen in the evening in Washington on Monday.

“As I watch the unfolding crisis in the USA, I see a political and social landscape flashing with warning signals … .“ Thomas Homer Dixon, Canadian political scientist, in the Canadian Globe and Mail newspaper, January 2, 2022 .

ON JANUARY 11, I wrote about the USA hosting the 9th Summit of the Americas and mentioned the weakened state of democracy in that country. The Economist Intelligence Unit, in its Democracy Index, ranked the USA as a flawed democracy. In fact, as I wrote that article, I wondered whether the USA could be invited to the summit it is hosting, given that a criterion for attendance is adhering strictly to democratic principles. Note that on January 18, the White House announced that the Summit of the Americas will be held in Los Angeles in June with the theme ‘Building a Sustainable, Resilient, and Equitable Future’.

I decided to stay with the USA for my article this week after logging in on Thursday, January 20, to the Canadian Council of the Americas’ webinar titled ‘“We once held these truths …” Canada and Ibero-America face the US precipice’.

This discussion on the US’s continuing democracy crisis and the reaction in other countries, such as neighbours Canada and Mexico, led me to wonder about how this situation is being viewed in CARICOM and its member states. Does our region consider that the USA is on a very slippery slope, sliding to the edge of the abyss? Are we considering the implications for us if democracy in the USA should fail? I have noted a few articles in newspapers, so we are not entirely disengaged.

I can, however, hear some people still asking, why should we be concerned? That is their problem. And, in any case, US democracy cannot be seriously threatened. Groups, such as the private sector, would not allow it. Some might also think that the conservatives only want to return to Christian values.

As I pointed out, in my article of January 2021 titled ‘US democracy: A delusion’, we have interest in what happens in the USA – through proximity, its hegemonic influence, trade, the diaspora, remittances, and development support. As I said in that article, I used to admire the American political system for its checks and balances and its transparency.

Now, the US constitutional institutions, such as the Congress and the Supreme Court, which were supposed to be solid guardians of the democratic process, seem increasingly vulnerable, partisan and polarized. The minority seem to hold considerable power in the Congress and at the level of the states. The political party structures look disorganised, lacking cohesion. The American electoral system seems inferior to those elsewhere, including in developing countries. There is no independent electoral commission. The president is actually elected by an electoral college and not really by the majority voting. I never expected to hear terms like ‘gerrymandering’ used in the US in the 21st century. The US political system looks dishevelled, in need of reform.

In the interestof the people

These days, it seems that many people, including in the USA, enter politics not to serve in the interest of the people, but for the power they can personally control; and they aim to acquire it by any means, at any cost.

Much of the US media, myopically,are giving the impression that it is inevitable that the Republican Party, heavily influenced by former President Donald Trump and his Make America Great Again supporters, will be regaining control of the House of Representatives and the Senate in this year’s midterm elections, and, quite likely, the presidency in 2024 – and that, indeed, all will be well.

Historians are comparing the present state of affairs in the USA with the divisiveness of the 1850s, which led to their civil war (1861-1865). It is not far-fetched that the USA could descend into public disorder, or even another civil war. The US Homeland Security secretary had identified domestic violent extremism as currently the greatest threat to national security. Many Americans are fearful, obsessed, polarized and heavily armed, with a reported 400 million guns in the possession of civilians. In this region, we already have our problems to which the US obsession with guns and lax laws contribute.

Let us not think that democracy in the US cannot fail, or we cannot be affected. In the 1776 American Revolution, trade with the British West Indies was affected, as the region was heavily dependent on the importation of food and raw materials from the American colonies.

So, in my view, in CARICOM, the universities should be monitoring and analysing the situation in the USA, as should the media, foreign ministries, and the relevant organs of the Community. As we already know, what happens in the USA has far-reaching economic and social implications for us here in the CARICOM region.