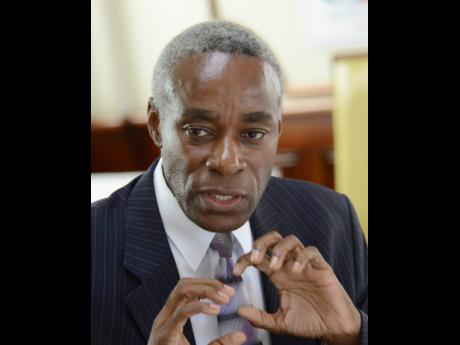 PRIME MINISTER Andrew Holness could hardly have made a better choice than his appointment this week of Professor Alvin Wint as chairman of HEART/NSTA Trust. For not only is there much clean-up to do at HEART, that project now coincides with a proposal for the reallocation of some of the billions of taxpayers' dollars the agency has access to each year. So, on all fronts, HEART/NSTA Trust seems destined for another major shake-up.

Professor Wint has the appropriate credentials and experience for the job. First, this newspaper is not worried that he will become mired in controversies over the overlapping of his stewardship of the agency and his private business interests. Further, while Professor Wint is a university academic, he has practical experience in leading process change and of governance in the public and private sectors.

For example, Professor Wint was a member of, and subsequently chaired, the Energy Sector Enterprise Team (ESET), the body that, after several false starts and scandals, took over and guided Jamaica to the use of liquefied natural gas as a significant part of its energy mix. He also served as chairman of ESET's successor, the Generation Procurement Entity, which oversees the procurement of new electricity generation capacity. Additionally, towards the end of the last decade, Professor Wint led a commission reviewing the structure and pricing arrangements in the sugar industry. He has also been a member of the Partnership for Prosperity, the body which, in its various manifestations, sought to encourage public/private sector partnership, labour and civil society cooperation on Jamaica's developmental goals. In the private sector, Professor Wint sits on the board of Jamaica Producers Group and also chairs the corporate governance committee of the National Commercial Bank.

In his public roles, Professor Wint has had a reputation for transparency, which we expect to carry over into his oversight of HEART/NSTA Trust. In this regard, he should establish the tone of his stewardship by telling HEART's management to release information, including studies of the agency's scale, which the Public Administration and Appropriations Committee asked for last week, but which government member Juliet Holness, the wife of the prime minister, attempted to block.

It matters naught that the committee's request was of Audrey Sewell, the permanent secretary in the Office of the Prime Minister, to which HEART reports, and of which Mr Holness is the substantive minister. What is important is the integrity of the parliamentary oversight process, not seeming attempts – even if this turns out to be a misperception – to shield individuals.

HEART is the Government's primary agency for technical and vocation training. Already big and bloated, it bulged even further two years ago when it subsumed the National Youth Service, the Apprenticeship Board and the Jamaican Foundation for Lifelong Learning, the Government's adult literacy project. But funded by a three per cent payroll tax that pumps upwards of $14 billion into its coffers annually, the agency is flush with more money than it knows how to handle. It has not spent it well.

For instance, a report by the auditor general in 2020 found that in the five years up to 2018-2019, HEART spent $30.5 billion on training programmes. These have provided 232,301 people with various levels of certification, from courses lasting between three months and three years. But the graduation rate from the courses was 45 per cent. More than half of the trainees dropped out of their courses. Elsewhere, the agency appeared to spend money like a drunken sailor: on big hotels to host retreats, when its own facility for training hotel workers might have sufficed; on training offered by outside third parties, for which oversight was weak. Further, an institution controlled by a board member got the lion's share of the third-party spend. There were also the revelations about the more than $300 million worth of contracts won over 15 years by the technology company for which its recently resigned chairman works, but with nearly half of the amount coming since he got the post in 2017. None of this is necessarily indicative of abuse of office or conflict of interest, as everyone has pointed out, although they raise questions of competence. Indeed, the chairman's connections were known and duly reported.

What, however, begs the question is what governance arrangements could go so badly wrong that the CEO of a government agency ostensibly authorised big salary increases for managers, without the imprimatur of the board and without other senior staff, especially the financial controller, raising the red flag. That demands further and better particulars lest there be claims of a whiff akin to Denmark's. There must be a logical explanation.

Apart from measures to shore up the agency's internal management and people's trust in the institution, Professor Wint has another significant and overlapping task: working with the Orlando Patterson-led commission on education formed to determine what the HEART/NSTA Trust in the medium term, and vocational education generally, will look like.

We assume that having accepted the PM's invitation, Professor Wint agrees with Professor Patterson that some of the money now available to HEART/NSTA Trust should be steered to the underfunded early-childhood education sector to help provide a better base for the island's poorly performing education system. The commission's position was predicated on HEART/NSTA Trust's weak absorptive capacity, evidenced by the poor 'graduation' performance highlighted by the auditor general.