Kristen Gyles | Why not end the argument? 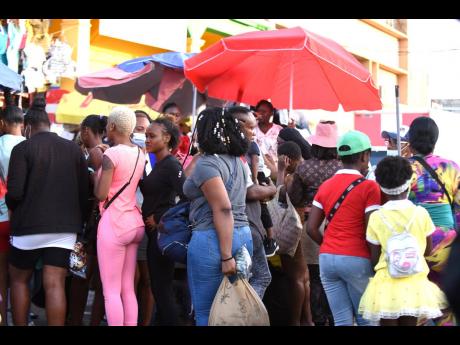 I like the Government’s new approach to managing the pandemic. The new approach is one which puts the onus on individual citizens to do what is in their best interest. At long last.

We live in a pluralistic society that will never align on all views. Some are still of the view that COVID-19 is a convenient cover-up for the 5G being rolled out to kill all of us ‘little people’. Others believe that COVID-19 was introduced to make way for the start of the dystopian new world order Hollywood has been warning us of. And of course, there are the responsible and upright do-gooders who believe the two previous sets are hopeless nut jobs who must be shut out from society.

Wherever you fall on the spectrum, I can guarantee there is someone who is willing to argue with you about why you’re wrong, if you let them. You will spend your entire life arguing and throwing tantrums if you adopt the mindset that life can’t go on until everyone adopts your values and lifestyle.

TAKE OFF THE MASK

Recently, in search of directions to a particular business place, I stepped into a small bar in Kingston to get assistance. I tried to speak over the sound of the stereo but was obviously not being heard. The only man I saw inside who was some distance away from the front started approaching me to assist. Not hearing me, he beckoned to me to take off the mask, almost like he was disappointed that I had acquiesced to the status quo. I’ve faced disappointment before, so I continued to talk with my mask on since whatever reason I had for going in with it in the first place was enough to make me keep it on.

Anyway, after the man ‘itch up’ himself on me in order to see my phone screen which had a picture of the place I was looking for, there was only space enough left between us for him to stand up in my pocket. So I made haste to subtract myself from the environment and ‘cut’. I was uncomfortable with a talking, unmasked person being so close so I created distance. By leaving.

Now, others may prefer to argue with their neighbours about where they are going minutes after curfew or to argue with people about why they are not wearing their masks and blah blah blah. Good for all of you. I think I want to avoid high blood pressure. This is not to suggest that we all sit and watch the country go up in flames but not every case of other people’s carelessness is akin to anarchy and destruction. Trying to make everyone share your values, philosophies and fears will only frustrate you and everybody else.

This is why I could never understand the hatred towards supposed ‘anti-vaxxers’. As we all know by now, the vaccines do not prevent transmission. For goodness’ sake, the scientists have literally been saying it. What the vaccines do is lessen the effect of sickness. So it would follow that if you don’t want to get severely sick, you should get vaccinated. Another person’s vaccination status, therefore, has hardly anything to do with you. Many people choose to live in denial of this because well, who can they blame for their sickness if not the unvaccinated? In fact, who can we blame for global warming if not the unvaccinated?

In light of everything, I am therefore not sure why the prime minister shouldn’t ‘done the argument’. What some hear is nonchalance. What I hear is, “The vaccines are the only available option so if you think you know more than the scientists, go and do whatever you want and live up to the consequences.” Sounds not only reasonable but appropriate, if you ask me.

Further, the Government can’t hold the country captive to lockdowns and curfews forever. Especially when its intention is to blame the very same Government-imposed lockdowns on ‘unruly’ Jamaicans. The curfews were only ever being observed by people who care to be lawful anyway. The after-curfew parties are still going on and the protocols are still being flouted left and right. So what purpose is achieved by these curfews besides the undue bundling and traffic jams working-class people have been put through? Many Jamaicans clearly don’t care about these protocols, and within the context of an understaffed Jamaica Constabulary Force, the police would only be wasting time running behind people to ensure they are wearing a mask and sanitising their hands.

Somehow, in countries where restrictions have been lifted, the ground has not opened up and swallowed everybody, so could it be that we have an unfounded reliance on curfews and lockdowns? Boris Johnson’s recent announcement that Britain would no longer be mandating the wearing of face masks, will no longer ask citizens to work from home and will no longer request COVID-19 passes should also be instructive for us. The British prime minister says the government is moving to “trust the judgement of the British people”. Let’s see how long it will take for Britain to go extinct.

All our choices have some indirect impact on others. It doesn’t mean we should be choice-less. Does the individualism that comes with allowing citizens to choose mean a world less safe? Maybe. But it’s not your world. It’s everybody’s world. It’s why when I am exposed to ‘music’ I don’t want to hear whether on the roadside or in business places, I keep walking … until I can’t hear it any more. There are lots of people, however, who either want to hear the gory, graphic gun lyrics or who may need the encouragement to ‘cock up’ and ‘skin out’. How do I live with that? I just keep it moving. That is what is most likely to keep me sane.