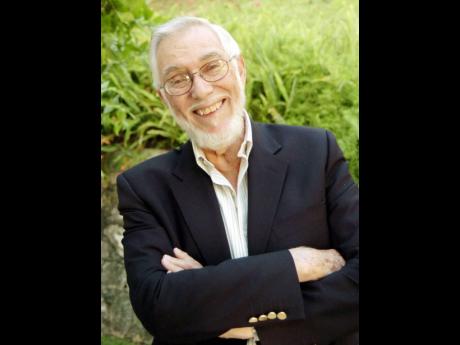 The late Rex Nettleford, the celebrated Jamaican scholar, intellectual and choreographer, often reminded of the capacity of the creative imagination to tell great truths and help in people’s understanding of the world around them.

Professor Nettleford ably straddled the creative, natural and material environments. So, too, did Dr Ralph Thompson, who died on January 23, at age 93. But, in some respects, Dr Thompson’s story is more intriguing.

He was quintessentially Jamaican and Catholic in his interests. Which is significant for a man of the times. In his own telling, he was born in the United States (US) to a white American father and a Jamaican mother of a family of Jewish background that was “staunchly Catholic and claimed to be white”. He grew up in colonial Jamaica. His physical appearance suggested nothing other than a white man.

But his outlook was primarily Jamaican. He saw the inherent beauty of the country and the general decency and goodness of his fellow Jamaicans. And he saw many faults and things to be fixed. But not through the eyes of the external consultant or as a member of an aloof group with a supercilious perspective of “the others”.

It is to Jamaica’s benefit that his uniqueness led him to straddle the worlds of business, soldiering, painting, poetry and education activism. The world gained, too.

Born in 1931, Ralph Thompson, in 1952, earned a doctor of law degree at Fordham University in New York, then had a stint as an officer in the US Air Force, mostly stationed in post-war Japan. He returned to Jamaica, married, and was involved in real estate development. And he painted and wrote poetry. He exhibited and gave readings. He was friends with the likes of St Lucian Nobel Laureate Derek Walcott, whose Trinidad Theatre Workshop he hosted in Jamaica in the 1970s. In the late 1970s, he took a higher degree in literature while living in Florida.

In 1983, Dr Thompson became the manager of Agro-21, the initiative launched by then Prime Minister Edward Seaga to bring new technologies to, and modernise, Jamaica’s agriculture. Some of the organisational concepts that are now being promoted are recycled from the Agro-21 design. Unfortunately, Agro-21 was undermined by the attempt of some Israeli gangsters to use their winter vegetable production as a cover for smuggling narcotics to the US.

From 1992, Dr Thompson served for seven years as CEO of the food manufacturing conglomerate, Seprod, but during that period, gained wider domestic prominence as a poet, as a regular contributor to the Wayne Brown-edited Arts magazine in the Jamaica Observer newspaper. His works also appeared in the annual anthologies that derived from that magazine. Dr Thompson also published internationally.

As a poet, he was good. He had great cadence, a vivid eye and the capacity to paint his visions with rhythmic words, as Mervyn Morris, Jamaica’s former poet laureate, observed in liner notes to Dr Thompson’s reading of a selection of his work in a 2006 CD, titled Taking Words for a Walk: “These poems establish the poet’s capacity for vivid descriptive detail.”

Which, essentially, was Ralph Thompson.

Dr Thompson’s other seminal contribution to Jamaica was his advocacy for early childhood education, which has special relevance now in the wake of the Orlando Patterson-led commission report, calling for diverting money from tertiary education to that sector. The ensuing debate will miss Dr Thompson’s voice.

There were also those analyses he did for this newspaper, of Jamaica’s performance on the Caribbean Secondary Education Certificate (CSEC) exams for secondary students, which helped keep the education authorities honest. He went beyond the reported numbers to reveal the entire cohort of students who should have been in the mix, including those weeded out by their schools in pre-CSEC mock exams, and students who dropped out earlier. Jamaicans, he insisted, deserved to have the full picture, if we really were to know the problems to be fixed.

Ralph Thompson is dead, but he lives … in his words.