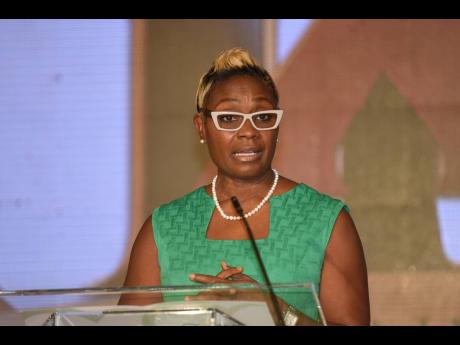 The revolt that has broken out across the United States over the apparent intention of the country’s Supreme Court to strike down Roe v Wade is a reminder that the Holness administration continues to tiptoe around the abortion question, two years after a parliamentary committee recommended a conscience vote over whether women should have easier path to terminating their pregnancies.

This newspaper continues to hold that the legislature should vote “yes”, thus affirming women’s agency over their bodies and maternal health, if that is the question upon which it is asked to pronounce. However, the Government should bring to Parliament a bill that fundamentally reforms the existing law, in line with the recommendations of a high-powered policy review commission that reported in 2006.

In the meantime, we again urge Juliet Cuthbert Flynn, the junior minister, to use the bully pulpit that she has in her current job to resume, and extend, the advocacy she began in 2018 while sitting on Parliament’s back benches.

Essentially, Roe v Wade established the clear right for women to terminate pregnancies up to the point that a foetus was unlivable outside the womb – the first trimester. Thereafter, up to six months of pregnancy, states couldn’t ban, but were permitted to introduce reasonable regulations governing abortions. Any prohibition to abortion in the final trimester had to provide exceptions in the event the life of the mother was in danger.

While the 1973 ruling by the Supreme Court is supported by the majority of Americans, it has been subject to constant parries from conservatives, attempting to upend its status as settled law. They appear to have succeeded. Last week, a leaked draft ruling indicated that the court’s new conservative majority voted, at least initially, to overturn the near half-century-old decision. That decision, if it holds, comes as abortion rights expanded in other countries. In recent years, for example, New Zealand and deeply Roman Catholic Ireland and Argentina have voted to remove abortion bans.

In Jamaica, abortion is almost wholly illegal and carries harsh penalties. Under the 161-year-old Offences Against the Person Act, a women can be imprisoned for life at hard labour for having an abortion. Anyone who aids in the abortion can be jailed for up to three years.

However, it is estimated that up to 20,000 abortions are performed in Jamaica each year, a significant portion of them unsafe back-room procedures by unqualified people. It is mostly poor women who go this route. Some of these abortions end in complications that mostly find their way to public hospitals.

The flip side to this, the anecdotal evidence suggests, is that well-to-do, middle-class women generally have access to safe abortions, performed by private doctors in proper surgeries. So, like many other things in Jamaica, there is a social imbalance in access to abortion.

It is past time that this issue be taken out of the shadows. This means accepting a woman’s right to privacy and control over her body, which comes with an implicit declaration that the state’s interest in pregnancies is negligible until the foetus is medically viable.

In this regard, the Government should forthwith repeal sections 72 and 73 of the Offence Against the Person Act, dealing with abortion. This should be followed, per the 2006 policy recommendation, by a new Termination of Pregnancy Act that, up to the first 12 weeks, leaves the termination of a pregnancy to the sole discretion of a woman, with support from her doctor. Terminations over 12 weeks, and up to 22 weeks, would be conducted in a formal medical setting, supervised by specialist medical practitioners. Terminations would be allowed over 22 weeks in very limited circumstances, including if the life of the mother is threatened.

Easier access to abortion, as some critics claim, wouldn’t necessarily translate to more abortions. In the United States, even with Roe v Wade, there has been a decline in pregnancy terminations, falling from nearly 30 per 100,000 women 15-44 in the early 1980s, to as low as 13.5 in 2017. What it is likely to mean in Jamaica is better healthcare outcomes for women who decide to terminate their pregnancy.

Mrs Cuthbert Flynn, having resuscitated a debate that had gone cold, owes it to herself and the society to push the matter to its logical conclusion – fundamental reform. While this should be a gender-neutral issue, she might nonetheless attempt to leverage the composition of the Parliament, which now has more female members (18 of the 63 MPs) than when she first took up the issue.

Mrs Cuthbert Flynn should also seek to work across the aisle on the matter. Indeed, it was the Opposition, when it formed the Government in the 1970s, that first moved against the overly restrictive abortion law, and was also responsible for establishing the commission that offered even the more progressive recommendations of 2006.