Michael Abrahams | Should rules ever be broken? 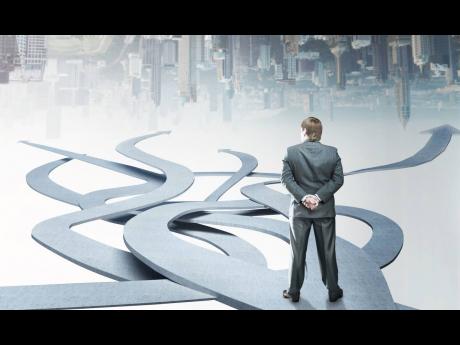 ClipArt
Sometimes, questioning or challenging leads to dialogue and debate, and tweaking or even result in the abolition of the rules. In situations when these approaches fail, breaking them may become necessary.

Rules are important. Without rules, institutions will fail to flourish and societies will descend into chaos and anarchy. Rules are, for the most part, to be respected. But there is also a place for rules to be questioned, challenged, or even...

Rules are important. Without rules, institutions will fail to flourish and societies will descend into chaos and anarchy. Rules are, for the most part, to be respected.

But there is also a place for rules to be questioned, challenged, or even broken. Rules are usually put in place by people in positions of authority, and many of us are programmed to blindly follow them. But the fact is that many, probably most, successful people at least question rules, and there is a rational reason for this.

When rules are being constructed, those at the helm of their construction are usually thinking about what is best for them and/or the people the rules are being set for based on the theories or information available to them at the time. However, in some instances, experience, research, and data may show that situations have changed, making the rules obsolete, or that the initial theories that the rules were based on were flawed or biased in favour of the rule-makers. Sometimes, as time passes and the shortcomings of these rules are recognised, they evolve and are changed.

But when irrational or unjust rules persist, there is room for questioning them. Sometimes, questioning or challenging leads to dialogue and debate and tweaking or even result in the abolition of the rules. In situations when these approaches fail, breaking them may become necessary.

The concept of breaking rules, to some, creates discomfort and may lead to the assumption that rule-breakers are indisciplined and unruly. Indeed, many are, but rule-breakers are not necessarily troublemakers. Jamaica has seven national heroes who we celebrate annually on National Heroes Day. On that day, we proudly talk about the achievements of these Jamaicans and praise them for their valuable contributions to our country. But there is something many of us may not be aware of, and it is that all of them challenged and/or broke rules. Similarly, American civil rights icons Martin Luther King Jr, Rosa Parks, and Harriett Tubman all broke rules and disobeyed laws. So did India’s Mahatma Gandhi and South Africa’s Nelson Mandela.

But perhaps the most famous and influential rule breaker was Jesus Christ. Christians revere him, but biblical accounts document him questioning, challenging, and breaking rules set up by the then establishment. He defended his disciples not following a certain ceremonial handwashing rule, reasoned why it may be okay to do work on the Sabbath, prevented a mob from executing a woman who committed adultery, and when a woman who was bleeding (and deemed unclean) touched his garment, he did not rebuke her.

Our national heroes, American civil rights leaders, Mahatma Gandhi, Mandela, and Jesus Christ challenged and broke rules, but their actions were not self-serving. They were not rebels without a cause. In many of these instances, the rules were irrational, outdated, prejudicial, or otherwise unjust and contributed to the marginalisation and pain and suffering of varying groups of people.

Similarly, when we see others questioning, challenging, or breaking rules, before we rush to judgement, we should ask ourselves if the rules are fair or relevant or if they are adversely affecting the well-being of others.

I recall an incident that transpired several years ago at a hospital at which I perform surgery and deliveries. (I am an obstetrician and gynaecologist). A pregnant patient of mine had been admitted to the institution for an elective Caesarean section. She was scheduled to be delivered by that route for the sole reason that her previous delivery was also by Caesarean section. On the morning of surgery, she sat on the ward waiting for the arrival of the porter with the trolley to take her to the operating room.

Quite a while passed, and there was a considerable delay, but neither the trolley nor the porter arrived. Because of the hold-up, I asked the patient if she would mind walking with me to the theatre instead of lying on her back and being pushed. Her reply surprised me. She told me she would actually prefer to walk. So I told the nurses on the maternity unit that I would be walking the patient to the theatre. They were not pleased. They told me that according to the rules, the patient should be transported on a trolley. I asked them why, because patients in early labour, experiencing contractions, are encouraged to ambulate. So what would be wrong with a non-labouring patient, in no pain, walking? I got no rational reason, so we walked, much to the chagrin of the nursing staff.

Following surgery, the patient thanked me profusely for allowing her to walk, telling me it was the fourth time she underwent surgery in an operating room but the first time she did not experience a panic attack and break down crying as lying down on her back and being pushed into an operating theatre is a terrifying and intimidating experience for her. Interestingly, about a year after this incident, one of the nurses who was offended by my actions confessed to me that she finally understood my reason for walking with the patient as she recently underwent surgery and decided to walk to the OR as she felt less nervous doing so. Today, all my patients are given the option of walking, and most choose to do so.

In retrospect, there was no rational reason for the rule. It was simply a ritual that was obeyed and not questioned. In breaking it, not only was no one harmed, but someone benefited, and many more have benefited since.

Rules are valuable tools for maintaining order. However, if their reasons are illogical, their benefits unclear, and if enforcing them affects the well-being of innocent or vulnerable citizens, there may be a place for challenging or even breaking them.