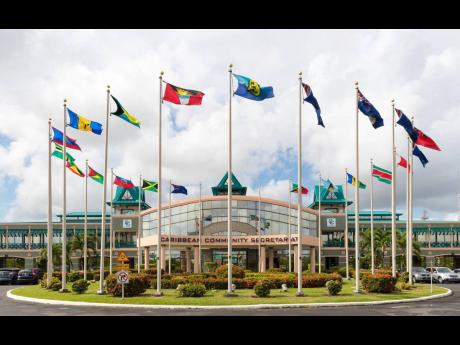 The issue of trust, or lack of it, within the Caribbean Community (CARICOM) and its member countries has been on my mind this week. This came to me from the discussions in Jamaica about becoming a republic and using the Caribbean Court of Justice (CCJ) as the country’s final court of appeal.

Since 1975, Jamaican leaders have expressed the wish to move the country from a monarchy to a republic, which remained without execution. CARICOM members established the CCJ, which is currently being used by only four of the 12 Commonwealth Caribbean countries. I also include the 20-year inability to fully implement the CARICOM Single Market and Economy (CSME).

In my assessment, all of this inability to implement, to deliver on stated objectives, arise from a lack of trust within CARICOM, among governments, countries (most developed versus less developed), and peoples (ethnic groups and classes). Within countries, the lack of trust in and between public and private sector intuitions can be added. Corruption concerns also fuel mistrust.

Of course, this lack of trust has historical links, enslaved African people did not trust their slave masters and vice versa. The Afro-Jamaican population was receptive to the 1866 introduction of Crown Colony rule (direct rule from Britain) due to their distrust of the planter-dominated elected Legislative Assembly. When the Jamaican business community proposed the return of the elected Assembly in the 1880s, this was resisted by representatives of Afro-Jamaicans and was a serious consideration for the British colonial government when limited constitutional reform was implemented in 1884. Thus the lack of trust among peoples and of local institutions has been a significant, continuing factor reflected in CARICOM. This has been recognised by others before me, including in the Inter-American Development Bank (IDB).

In my research, I came upon this January 2022 report from the IDB titled ‘Trust: The Key to Social Cohesion and Growth in Latin America and The Caribbean’.

In its opening, the report states of Latin America and the Caribbean, “Mistrust in the region is high, increasing, and permeating all corners of society. It undermines productive relationships between and within firms, it erodes citizenship, and limits citizens’ ability to undertake collective action in support of the laws and institutions that promote sustainable development.”

The report sees trust as a scarce commodity in Latin America and the Caribbean which affects reform and change, and growth and development. It points out that Latin America and the Caribbean, for many years, has recorded the lowest level of economic growth among regions of the world as well as the lowest level of trust (in political parties, government institutions, the security forces and judiciary, and the private sector). The two are linked.

This lack of trust is associated with: more fragile democracies; less innovation and risk taking; lower tax revenues; more labour informality; inefficiencies in financial markets; more onerous regulations; harsher and less effective anti-crime policies. The high expenditure on security to address the high crime rate is also a consequence of mistrust. Though considered a most pressing issue, lack of trust is not widely discussed in the region.

Of course, now, disinformation from social media platforms is amplifying the lack of trust.

This IDB report does not have adequate data on CARICOM countries. For me, a separate study is required on CARICOM countries to really highlight the depth of this problem in this region, which, in my opinion, has prevented countries from following through with constitutional and economic reforms and from implementing decisions taken in CARICOM at all levels.

This IDB report offers the view that the lack of trust can be addressed by focusing on education, empowerment and transparency. A process of confidence-building is required to strengthen civil society to hold public and private sector institutions accountable.

I am hoping that this IDB report on trust will be widely reviewed and considered at the national and regional levels within CARICOM with data specific to CARICOM countries. We should be interrogating this matter of trust and confidence-building to strengthen our institutions/governance systems and citizens’ support so that we can move on.