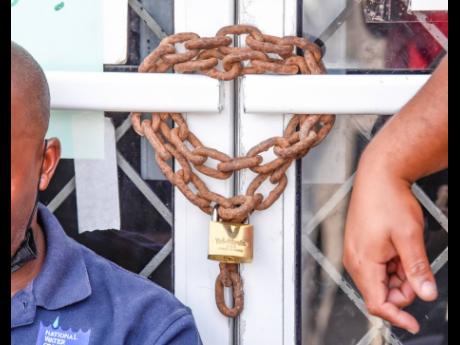 That the threatened strike by civil servants has been averted does not end the restiveness among the island’s public-sector employees. It, however, is an opportunity for the Government to reset its communication and negotiating strategy with public-sector workers and their unions over the implementation of a job re-evaluation and compensation scheme.

That reset will require three things. First, the administration will have to avoid being hectoring, or talking down to, those workers and their representatives who do not readily embrace the proposed scheme; it has warned surrogates against casting the unrest and recent work stoppages as proxy action for the political Opposition; and it has to bring everyone with an interest around the negotiating table.

We appreciate that the latter proposal might appear unwieldy and time-consuming to an administration keen to get the process done and over with. However, patient, hard and transparent slog is sometimes the price governments have to expend for people’s embrace of new ideas and policies.

The Gleaner has in the past declared its broad support for accelerating the public-sector reform programme that has dragged on for over two decades. Indeed, managing 325 employment grades and 185 pay allowances must be a ponderous, stressful, and an exercise in inefficiency for the public sector’s accountants and human resources managers.

The raft of grades and allowances, as the finance and public service minister, Nigel Clarke, has explained, grew out of the employment of successive governments of stopgap methods to top up the salaries of various groups and categories of employees, without a comprehensive review on the impact of each of these accommodations on the overall public sector. The system is now Byzantine.

After a new two-year analysis by outside consultants of the jobs public-sector workers do and how much they are paid, the job categories are to be substantially whittled down. Many tax-free allowances will now be rolled into taxable salary. But Dr Clarke, the finance minister, insists that workers will not be worse off under the new arrangement – and in most cases, better.

Indeed, in the current fiscal year, the Government projects that its wage bill, at J$263.8 billion, will be 20 per cent higher than the previous, albeit the new figures include compensation that would not previously have been classified as wages. By the time the process is completed in 2025-26, the wage bill, all payments included, will increase by another J$125 billion, or 56 per cent. Public-sector salaries, as a proportion of gross domestic product, after two years of uptick, will settle at 11.5 per cent, as against 9.9 per cent in 2021-22.

But the devil, they say, is in the details. And what those details are is not widely known. The Government has mostly conducted its negotiations with the umbrella organisation for trade unions, rather than with specific unions or bargaining groups.

Last week, employees of the National Water Commission struck for two days, saying that a job/salary review, completed four years ago, has not been addressed. They were followed by air traffic controllers – who subsequently claimed that they did not strike, but faced equipment issues – citing similar complaints. Employees of the profitable and asset-rich National Housing Trust struck towards the end of the week, saying that their managers, on the instruction of the central government, have held up the findings of that agency’s job reclassification and compensation review. The Jamaica Civil Service Association had threatened to strike from today over its fear that the value of rolled-up allowances would not be open to negotiations, and that members might not be fully compensated for what would be lost.

Government supporters have cast the unrest as orchestrated by the political Opposition to put pressure on the administration, without concern for the damage that might be done to the economy.

Obviously, this simmering bubble, if it were to boil into a hot summer of labour disruption would hurt the economy, as Prime Minister Andrew Holness has noted. In this regard, we welcome the prime minister’s generally conciliatory tone in recognising the concerns of workers and calling for matters to be addressed at the bargaining table. Dr Clarke, too, perhaps slow off the mark, has caught the right cadence.

But going forward, patience and emotional intelligence will matter. So, too, will the choice of language by Mr Holness and Dr Clarke.

For instance, statements about the state of the global economy, and how domestic industrial action will undermine a trek towards economic “ prosperity”, have to be balanced with an appreciation of the pressure people feel in the face of steep price inflation, especially the cost of food. Neither side should be lecturing the other. The negotiations may be tough, but must be undertaken with the understanding of current realities, on all sides, and in an environment of respect.