Garth Rattray | There are many victims of loud noise 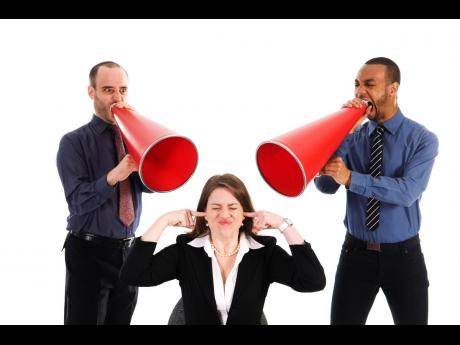 Yanik Chauvin
Loud noises are toxic to our bodies. The authorities are not doing enough to protect us; so, citizens are trying to live with noises by attempting to ignore them.

Because of my job, I see the victims of loud noises, the resultant insomnia and several serious physical and mental problems that follow. Several patients (and their families) outline egregious conditions, but a few stand out in my mind. An elderly couple, living in a residentially zoned neighbourhood, was unfortunate because the house immediately next door was rented by someone who did manufacturing. Because it is extremely difficult to get the Government to remedy the situation, the couple suffered through the daily din of deliveries from large and noisy trucks, and the loud machinery noises throughout the nights. Pleading with their neighbour fell on deaf ears.

Eventually, the lady of the house became ill, as a direct result of lack of sleep. I was seeing her for her suddenly recalcitrant hypertension, headaches, dizziness, anxiety, depression, bad feelings, palpitations, and numerous near faints. She was visiting emergency rooms frequently, since their neighbours started the business next door.

Out of desperation, her husband went to the Kingston and St Andrew Municipal Corporation (KSAMC), to make a formal complaint and appeal for help. As soon as he arrived back home, the owner/operator of the factory accosted him and told him that he knew that he was coming from complaining about him to the KSAMC. That spoke volumes about why nothing had been done about the multiple breaches. There was always a KSAMC excuse about not being able to find the owner and leaving notices.

Things got so bad that the lady had to abandon her home and seek refuge in her church at nights, in order to preserve what was left of her declining health. I even wrote to the mayor of the time, but nothing ever happened. Luckily, the factory appeared to have outgrown the premises; peace returned and the lady’s health was restored.

Another case involved an elderly couple who had the misfortune of experiencing an entertainment centre of sorts moving into a nearby property. The entire household dreaded twilight, because it was about that time that the noisy carousing, and blaring ‘music’ began. Aside from the excessive volume and pounding bass, the family was subjected to the filthiest lyrics imaginable. This continued unabated during the pandemic curfews. All authorities were repeatedly appealed to, and, to this blessed day, nothing has been done.

I have a friend who was subjected to the booming bass and shrill treble from an open-air club every night. She reported the matter, to no avail. She resorted to sealing and air conditioning her room, but the powerful volume remained undefeated. She tried using her television to distract herself, and when that also failed, she tried earplugs. She would have migrated were it not for her elderly mother. The pandemic brought sweet relief, and that particular noise has not returned … so far.

Another patient of mine lives in a middle-class Jamaican neighbourhood, but her next-door neighbour runs a catering business. Unfortunately, the noisy washing of pots and pans takes place outside at 4 a.m. My patient has spared no effort to get a restful night. But, as usual, the authorities have honed their list of excuses to explain why they have not been able to do anything about it. And so, this citizen of Jamaica continues to have her basic rights, as set out in our Constitution, ignored by her neighbour and by our Government.

There are people who do not want their children to be negatively impacted and/or influenced by the noise and/or dancehall culture. Too many dancehall songs are disrespectful of women, aggressive, lewd, glorify the gun, and expressive of the most illegal and violent acts imaginable. The perennial debate is whether or not that music influences the reality of life, or vice versa.

I believe that violent lyrics can influence susceptible minds. Freedom of expression is one thing, but there must also be freedom from being subjected to the expression of lewd and violent lyrics, especially at very high volumes. Sadly, there are many communities where it is not possible to escape being hammered by that noise and culture. Dancehall aficionados always say that dancehall allows them to unwind, and therefore reduces violence. Consequently, those who complain are accused of being selfish, bad-minded, and wicked people who want to prevent others from enjoyment and ‘eating a food’.

Aside from the noises generated by loud sound systems, we are bombarded by very noisy motorbikes that sometimes backfire and startle everyone. Some cars have also been modified to be noisy, and backfire without due care for others. Horns are used unnecessarily and constantly. Therefore, our level of ambient noise is rising and is already at such a level that it makes city dwellers irritable, angry, and mean to one another.

Things have certainly changed. In the good old days, the authorities would protect citizens from the onslaught of excessive noises and nasty ‘music’. They would not tolerate noisy and/or backfiring motor vehicles. Now, it’s very difficult to get loud noises turned down, and unless there is a campaign on to prosecute noisy motor vehicles, that goes unabated.

Loud noises are toxic to our bodies. The authorities are not doing enough to protect us; so, citizens are trying to live with noises by attempting to ignore them. But that is impossible, and will only lead to increased anxiety, irritability, violence, insomnia and the many serious, chronic non-communicable diseases that it causes.