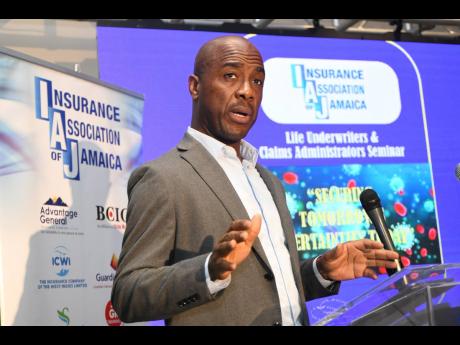 It is difficult to fathom that apart from naming Adrian Stokes to chair a committee to oversee the implementation of the recommendations of the Professor Orlando Patterson-led commission on the reform of Jamaica’s education system, neither Prime Minister Andrew Holness nor his education minister, Fayval Williams, has engaged in, or caused to be launched, a serious public discussion of the report.

Our consternation is deepened on two grounds. One is that the report has been with the Government since last September – at least six months. But, more importantly, in 2020, when Mr Holness established the commission, he acknowledged the crisis facing Jamaica’s education system and understood that Jamaica could not effectively compete in the existing global economy much less the emerging Fourth Industrial Revolution.

How the education crisis defines itself is captured in a depressingly evocative and often highlighted observation by the commissioners that “a third of students at the end of primary school could not read, 56 per cent could not write, and 57 per cent could not identify information in a simple sentence”. At the end of high school, only 28 per cent of students pass five Caribbean Secondary Education Certificate subjects, including English and maths, at a single sitting.

It was expected that the work of Professor Patterson’s group would be treated with a sense of urgency and be a priority matter for the administration.

If naming Dr Stokes, a respected economist, to head the oversight committee should be interpreted as indicative of the seriousness with which the Government takes the Patterson report and the heft it is placing behind it, it begs the question of why, since his naming in mid-March, no other members of the team has been appointed. Or if others have been, their names have not been publicly released.

Moreover, while we have a broad sense of what Dr Stokes is being asked to do, the specifics of his mandate are unknown. So, too, is whether his committee has the range of skills to do the job. And more critically, no one, at least no one outside of the Government, knows what areas of the report’s findings they will, or are being asked to, implement.

Should it be that the administration is having difficulty dissecting the report and determining what ought to be given priority, we suggest that the Government start with early childhood education – a sector whose structure and operation, at the level of ‘basic schools’, is widely understood by Jamaicans and which has recently been in the public’s consciousness, following a report by the Early Childhood Commission (ECC) highlighting its failings.

According to the ECC, while 2,241, or 93 per cent, of the island’s early childhood institutions were ‘registered’, only 12 per cent (282) were ‘certified’, having met all the established criteria for full registration. The others were on a path, at various stages towards registration. Forty-seven per cent of the preliminarily registered institutions met 50 per cent or more of the criteria for certification.

The Patterson Report, however, underlined even more grave concerns of the sector, which caters to over 200,000 children. It showed that only around 14 per cent of the institutions “had appropriately trained personnel, at the level of at least associate teacher, supervising groups’’. The majority, however, met “continuity of care” standards, with the minimum number of caregivers, over an eight-hour day. A mere 11 per cent of the institutions had sufficient materials for all their enrolled children to be in stimulating activities at the same time.

Many of the education deficiencies that manifest as poor outcomes at the primary and secondary levels begin to show at the early childhood level. One study quoted by the Patterson Report noted that “early literacy concerns were identified in 18.3 per cent and early numeracy concerns in 20.3 per cent” of the children.

Early childhood institutions provide an important service in the areas they operate. But they are mostly run by people without the specialist skills or the wherewithal to hire it, notwithstanding that they may receive some support from the Government. The system needs a huge infusion of specialist teachers and caregivers, nutritional support, and upgraded facilities

However, the Government spends less than five per cent of its education budget (J$120 billion) on the early childhood sector. The Patterson-led commission said the allocation should be progressively increased to reach at least 10 per cent of per capita gross domestic product.

Among its suggestions about where some of the money could come from is tapping the HEART/NSTA Trust, the agency established to provide vocational training. HEART/ NSTA Trust is funded primarily by a three per cent payroll tax on employers, but the agency has been criticised for achieving a graduation rate of less than 50 per cent of students.

At the very least, these issues should be subject to serious discussion.