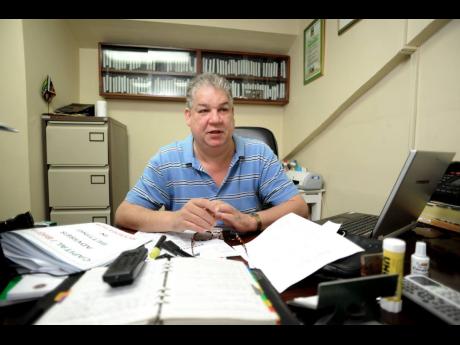 My alter ego, The Terrible Tout, wrote the following for online publication Public Opinion in January 2021. It could easily have been written last week when my dear friend, Chris Armond, passed away:

I first met Christopher Joseph Armond in September 1965, when we both entered the hallowed halls of Campion College.

We entered with different perspectives. I was the timid one. Even then, Chris was an imposing figure with a self-confidence that belied his relatively few years. My earliest memory of Chris was a first-form football game, during which I played as a striker in the Gerd Muller mould (stayed to have tea with opposing goalie until something came my way). I scored my only lifetime goal in that game from an assist by Chris so accurate, it bounced off my toe and ended up in the back of the net. That game taught me ‘footy’ (too much energy required) wasn’t for me.

In second form, we were on opposing class cricket teams. In that Jurassic era, every class (no more than 25 students) had a football and cricket team. I recall opening the innings with my friend Herbie Chung (of Honey Bun fame). The game was played on a ‘second’ pitch adjacent to Hope Road. Herbie and I were going along nicely when Chris came on to bowl from the Hopefield Avenue end. His first delivery was short and I deposited it into Hope Road for six. His second delivery was short enough (I thought), so I pulled again but this time straight into the lap of mid-wicket Michael ‘Sarge’ Sasso (later became school captain), who was kind enough to drop the ‘dolly’. Herbie and I went on to have a rollicking opening partnership before fatigue caused me to run myself out. In those days, one didn’t have to be fit to play cricket. I took full advantage.

Chris and I could always be counted among the boys who sat in the back of the class with transistor radios hidden in our desks and earphones to listen and take down the draws for post position broadcast weekly. Jamaica Raceform was published on Tuesdays. Punters later filled in declared jockeys and post positions from that Friday broadcast.

Years later, home for holidays from studying horseracing (oops, sorry, ‘law’) at the Garrison Savannah, Barbados. Gene Autry and I spent our first Saturday afternoon, as usual, listening to horseracing commentary on radio. I expected to reconnect with Vin Lumsden or David ‘Wall of Horses’ Vernon, but, instead, heard a vaguely familiar voice with a completely different style.

This commentator was BRILLIANT. He went through the field from first to last several times. He was fluent, creative and intelligent. His tempo picked up towards the end, creating real suspense. He transported listeners to the track as none had done before. I turned to Gene, “Who the devil is that?”

So, circa 1990, when I was dragged into horseracing administration by the great Danny Melville, it was no surprise to me that he’d also sent for Chris. I’ve had a hands-on, front-row seat to witness Chris’ monumental contribution to horse-racing development in Jamaica and the Caribbean for the last 30 years. He reacted to an early setback with his trademark innovation. When equine flu shut the local industry down, he leaned on his international contacts to introduce simulcast racing from Gulfstream Park. That novelty kept the promoter’s financial head above water, but also so captivated Jamaican horse players that simulcast racing from a variety of tracks worldwide is now a Jamaican staple.

Danny made sure Chris had a free hand to do what he did best, while Danny saw to the big picture by bending government’s arm to allow a new Tote into Jamaica duty-free and introducing novel Off-Track Betting Parlours directly linked to the Tote to create larger betting pools. Chris revolutionised the bets themselves, introducing exotic wagers like Super-Tri; Superfecta; Super Six and Pick Nine to generate lottery-type jackpots to which the public flocked.

Then Chris turned his creative mind to anti-corruption measures and imported the USA claiming system, with adjustments for local realities. These innovations changed the local horseracing landscape forever, and increased the promoter’s betting market share from around 20 per cent (in 1989) to 75 per cent by 2000.