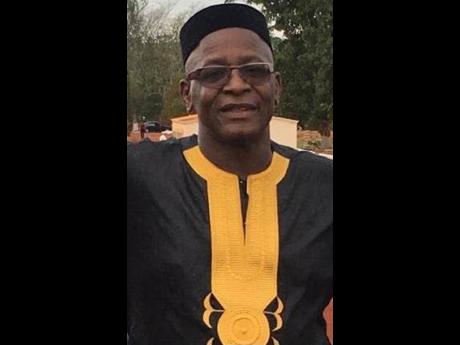 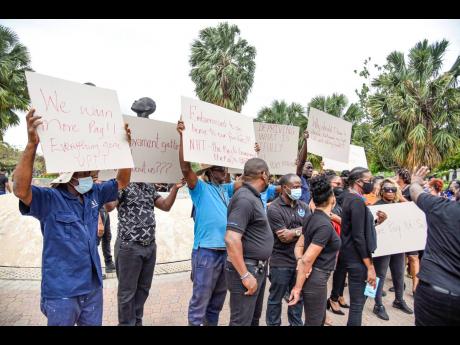 Jamaican workers are fed up with wages that don’t worth ‘nutten’. The increasing labour unrests reflect the growing frustrations. Increased strikes are breaking out. This no doubt reveals a demand for not just more money, in my opinion, but an expectation that when someone works, they get wages that can support their basic family needs.

What a worrisome ‘Jamaica 60’ this is turning out to be.

Political independence ought to bring economic benefit to the broad masses of people.

Are we suppose to be having a Jamaica 60 where the Jamaican dollar, which valued two times the American dollar in the 1960s, is now worth less than one red American cent?

We live in an unfair world, my dear friends, in which an overvalued American dollar and other isms and schisms are used to transfer wealth from the poor countries to the rich industrialised nations.

The onset of the COVID-19 pandemic worsened an already unpleasant situation, in a ’dawg nyam dawg world’ in which an overvalued American dollar, unfair competition, wage theft, and wealth transfer from poor nations to the industrialised rich ones creates a crisis of daily living.

Food riots are breaking out in some countries. On top of the lack of economic development and unjust economic systems, the Russian-Ukraine war is being used by many big multinational corporations to amass huge profits.

Oil and petroleum producers, drug manufacturers, food producers and distributors have been the most egregious.

The COVID negative economic effect was certainly not felt by the big drug companies Pfizer, BioNtech and Moderna. According to the medical website, reliefweb.int, these companies made US$65,000 per minute while “98 per cent of people in low-income countries have not been fully vaccinated”.

Then we have ‘Big Oil and Gas’ who have been fleecing the public while using the Russia-Ukraine war as their excuse for jacking up prices.

An examination of the financial records of 28 of the largest oil and gas companies shows that they made over US$100 billion in profits in the first quarter of 2022, Guardian newspaper reports.

So, we see in just these two areas alone, how the world’s poor are being ripped off.

It doesn’t matter, therefore, how much the poor nations devalue their currency; that won’t make things any better.

The poverty-stricken Caribbean, Latin America, and Africa are weighed down by the protracted IMF-international banksters, foreign debt crisis. Why are policymakers in the poorer nations, including the Jamaican government, following the road-to-nowhere, self-destructive IMF political economic policies?

Strike by workers, to withhold their labour, is their way of saying they are fed up.

Fed up with price rise frustration!

This extremist open market, profit-driven model of capitalism leaves the general welfare of workers and their family out of the economic equation.

Is there something missing?

O, yes! What about food?

I remember the days when arrowroot porridge was a staple in Caribbean baby diet. Open market lovers scoffed at it, but guess what? It is now being sold in American supermarkets manufactured by other countries.

Faced with the present bleak global nightmarish reality, the IMF has changed their broken record tune. In the IMF’s World Economic Outlook, April 22, they have finally acknowledged what I was already predicting in the pages of the Jamaica Gleaner.

Even though they are blaming the Russia-Ukraine war – the dog ate my homework excuse – the IMF has considerably downgraded their economic growth predictions.

My dear friends, there is no possibility to escape the vicious poverty-crime inhumane world in which profits and money power take great precedence over human lives.

Yes, we know it takes “cash to care” about population needs. But when will the astronomical rise in profits of the non-taxpaying world elites ever reach a satisfaction point?

In this Jamaica 60, if Mrs Louise Bennett-Coverley, Miss Lou, was alive, she would be well over 100 years old. Please, Miss Lou! Help me tell this bitta truth with your poem, ‘Dutty Tuff!’

An all dem marga smaddy weh

Sun a shine an pot a bwile, but

Things no bright, bickle no nuff

Effective political management of an economic system is therefore extremely important. And this means detailed planning that includes, among other things:

• Monitoring the discrepancy between supply and demand

• Having a healthy population.

Where is the money to come from? From that being doled out to pay the IMF and the international banksters!

But de dollah not worth farthen

Not one red ‘American cent!

“We need a production plan” – Get it?

Yes! Times are hard and ‘Dutty Tuff’ as Miss Lou would ‘ah seh’, but the Government can’t keep praying for better, while paying the IMF and expect them to do like American Evangelist Oral Roberts, and send a prosperity miracle!