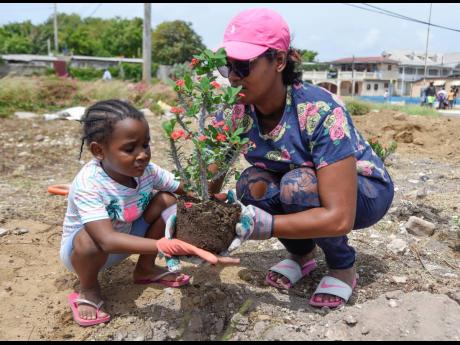 Nicholas Nunes/Photographer
Labour Day recalls the struggles of workers in the Caribbean for good working conditions and wages.

“Workers are indispensable to national development.

They make a critical contribution to regional and international trade.

In the Caribbean Community (CARICOM), the month of May focuses attention on workers with the commemoration of Labour Day, which in most countries is May 1, coinciding with International Labour Day. There are exceptions, with Labour Day being May 23 in Jamaica, June 3 in The Bahamas, and June 19 in Trinidad and Tobago.

Linked to this is Indian Arrival Day, commemorated in May and June in various CARICOM countries, as the labour shortage following Emancipation saw the introduction of the Indentured Labour Scheme, which brought workers from Asia, primarily from India. The 1930s saw the birth of the trade union movement following labour unrest in several Caribbean countries.

Labour Day recalls the struggles of workers in the Caribbean for good working conditions and wages; celebrates their contribution to national and regional development, through innovation, production, distribution and consumption of good and services; enables reflection on the challenges still being faced by workers, especially with the changes taking place in the global economy and in workplaces; and enables recommitment to attaining decent work for all through, among others, providing livable wages, improving health and safety at work, providing social protections, ensuring gender equality, curtailing child labour, and guaranteeing the right to assemble and to collective bargaining.

There is still the objective of achieving Goal 8 of the UN Sustainable Development Goals on “decent work and economic growth” which is, promoting sustained, inclusive and sustainable economic growth, full and productive employment, and decent work for all. This includes ongoing work on the future of work.

The last two years have been very difficult for workers around the world, including those in CARICOM, due to the COVID-19 pandemic, which led to the reduction of economic activity, the loss of jobs, curtailed working hours, and reduced wages. In 2022, this is now aggravated by rising inflation, made worse by a war in Europe.

Looking at various discussions and statements across the region to mark Labour Day, indicates that all is not well in the workplace in CARICOM countries, and that there is a lot to be done in implementing the labour agenda.

Across the region, I gained the impression of division among some trade unions and diminished influence. Trade unions have been under pressure around the world, as there are employers/firms/governments seeking to curtail union activities and influence in support of workers.

In spite of the social partnership between government, workers and employers promoted by the International Labour Organization (ILO), there are those public- and private-sector employers who prefer not to have organised labour, in order to keep wages low and limit benefits to reduce production costs.

These are perpetuating the exploitation of labour. The ILO notes that union membership has been declining worldwide, and union rights are being violated.

In CARICOM, recognising the importance of labour, especially in the implementation of the CARICOM Single Market and Economy (CSME), the Caribbean Congress of Labour (CCL), which is a federation of Caribbean trade unions founded in 1960 and headquartered in Barbados, was invited to be an associate institution of the Community. The CCL represents the interest of regional workers in the Council for Trade and Economic Development (COTED) and in the Council for Human and Social Development (COHSOD).

The problem is that in my research, I am not able to find information showing much current activity by this 62-year-old organisation. This leaves me to wonder how well organised and resourced the CCL is, which allows it to be engaged with its members, the CARICOM organs, and, at the international level, with the ILO, including its Caribbean office, and the World Federation of Trade Unions.

This is a time in which workers in the CARICOM region, at the national and regional levels, need effective representation from trade unions, taking account of all the changes in the work environment. Unions should be taking a modern approach to bargaining. They should be promoting training, to ensure that workers can adapt and be prepared for new jobs being created by technology, by climate change, and in new sectors.

My impression is that trade unions in the CARICOM region would benefit from uniting and improving management and coordination to build confidence among workers, and to be able to better engage with employers and governments, and to participate in regional and international discussions.