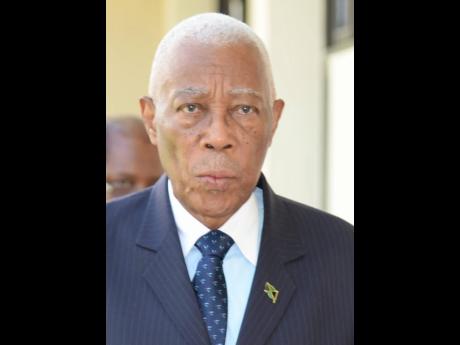 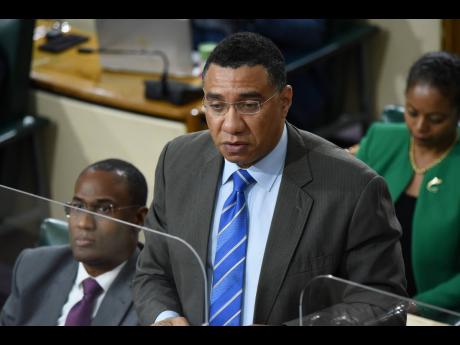 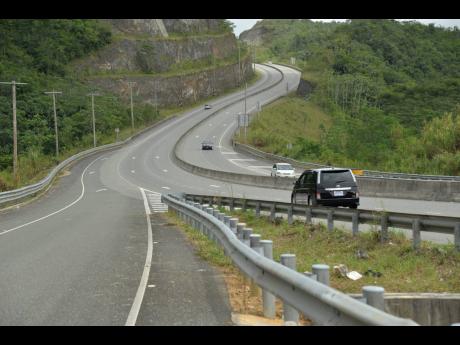 File
The dust inconvenience has faded; but it is uncanny how the rasping opposition came to give way to an out-and-out embrace by means of an utterly graceless JLP government decision to name the pristine North South corridor, the Edward Seaga Highway.
1
2
3

Until that stunning breach of the Jamaica Labour Party (JLP) leadership, it was beyond imagination that any entity within the Commonwealth could even for a moment contemplate assailing their country’s constitutional provisions to compel clinging to the Judicial Committee of the Privy Council, the British institution created in 1833 as an advisory body to the monarch, and the legal bastion on which subjugation of colonised peoples was anchored.

The reasoning of its judges would have moved with the times. But the fact of, and reason for, its creation remain in an inglorious corner of Jamaica’s heritage from which our people should be moving to emancipate ourselves, rather than being compelled by our own to cling to, and, horror of all horrors, by unlawful means.

What is that drives the JLP, in cavalier, heartless fashion, to withhold from our economically challenged people the access and affordability that the Caribbean Court of Justice offers, a privileged, history-making experience to which Andrew Holness’ own constituent, Shanique Myrie, can attest?

Some contend that the answer is to be found in the party’s DNA, citing irrefutable examples as evidence in support of their strongly held view, of which the indifference displayed by this blockage from access to justice provides the latest, and most compelling.

The awkward disposition was revealed soon after the birth of Jamaica’s two major political parties. Leading up to the 1944 general election, the landmark issue of full adult suffrage was high on the national agenda. Jamaica, though still a colony, would become the first country with a predominantly black population to have voting rights extended to adults irrespective of race, sex or social class.

The right to vote was, at that time, determined by the wealth and property held by a man, with the right totally denied to women. The recently formed JLP opposed a change to the proposed wide extension of the right.

That election, the first held under universal adult suffrage, was won by the JLP, far outdistancing the People’s National Party (PNP) which had trumpeted extending the voting rights to all adults.

Years later, an Eastern Caribbean colleague declared to a group of us that this remarkable phenomenon of the JLP, over the years, opposing policy initiatives which would carry immeasurable benefit for our people, and still managing to reap success at the polls, constitutes a significant part of the deep fascination that the study of Jamaican party politics holds for him.

Negril, as a tourism name and destination, is known globally. The transformation from acres of swamp and extensive unpenetrated thicket to what it represents today is not easily explained. Development on nature’s gifts of sun, sea and sand was part of the vision of the Norman Manley 1950s administration.

There was need for some activity to form the backbone of economic stability in that part of Jamaica, particularly, in light of the declining offerings of the Frome sugar estate. The JLP aggressively opposed the far-sighted policy initiative from the painstaking preparatory phase, labelling it a pipe dream.

Another pathfinding initiative of that administration drew vehement JLP opposition. Our athletes’ performance at the London and Helsinki Olympic Games would have pushed the record-breaking schoolboy sprinter, Premier Norman Manley, to envisage what a national stadium could contribute to Jamaica’s sports development programme.

The inspirational nature of that prospect failed to prevent the JLP’s unseemly, boisterous opposition throughout the stadium’s entire construction phase. Moreover, at the opening ceremony after completion, the disrespect shown to the former head of government, who had spearheaded its creation, early exposed the ugly underbelly of our governance practices at the start of our independence journey.

Space constraint prevents commentary on instances, for example, during the 1970s turning-point movement of upward social mobility. And, in more recent times, manifestation of that repressive DNA has not receded.

Prime Minister P.J. Patterson, during the 1990s, envisioned the opening of the new millennium coinciding with the opening up of the Jamaican landscape, opening up new vistas in planning strategies for the nation’s development pathway.

A toss up remains between the bizarre push back from Opposition Leader Seaga and the dust nuisance experienced during the construction of the highways as to which of the two caused more discomfort among different sections of the public.

The dust inconvenience has faded; but it is uncanny how the rasping opposition came to give way to an out-and-out embrace by means of an utterly graceless JLP government decision to name the pristine North South corridor, the Edward Seaga Highway.

My regional colleague would no doubt have commented excitedly: “See what I mean? Stranger than fiction! Only in Jamaican party politics”.

That same disposition has often been experienced by our neighbours, producing an avoidable tension-filled atmosphere within the region time after time. With the Bolivarian champion, Hugo Chávez, in Montego Bay to launch the Petrocaribe arrangement that would incalculably bolster the economic fortunes of Jamaica and other CARICOM countries, there was a massive street demonstration against the life-saving act, mounted by the JLP.

And after the Venezuelans had saved our economic lives, across administrations, the JLP government caused our people to be targeted as displaying unforgivable ingratitude for such priceless neighbourly assistance, leaving a stain on the soul of Jamaica.

This JLP government also hurriedly brought the Dominican Republic president to our shores to bestow upon him Jamaica’s highest honour that can be awarded to a foreigner, even as his country was being condemned, regionally and internationally, for its Constitutional Court declaration of the ever beleaguered Haitians, who happened to be within its borders, as being stateless.

The contention is that the interests, privileges and benefits that should accrue to our people, and how they are perceived externally, are not factors that necessarily influence the JLP’s decision-making process, the DNA influence being paramount.

Concerning this access to justice, there is a major difference. Their unrelenting opposition against initiatives such as Negril, national stadium, construction of highways, and Petrocaribe agreement, for example, remained only sound and fury; they had no power to stop the progress.

In this case, our Constitution and a Privy Council ruling call for agreement across the political divide for passage of the legislation to guarantee success for the historic turning point. The PNP’s support has never wavered; the JLP therefore now holds the handle. They could not stop the march towards full adult suffrage; this is compellingly different!

The JLP in government began, and for decades led, the consensus-building process around substituting the London-based institution with a regional final court. The irresistible pull of their DNA commanded an unexplained retreat from that caring, just position.

And to remain on this new regressive course, their DNA even directed the unimaginable leadership conspiracy to breach the Senate membership provisions of our Independence Constitution to keep Jamaicans clinging to the British Court.

With the JLP in government, their leaders now face this landmark test: Choosing between the unjust, heartless pull of their party DNA and strict adherence to the oath they have taken to uphold the Constitution and to pursue the best interests of our people, their employers.

Remembering Harry Belafonte; placing the images of national leaders on banknotes; and jollification at home and in the diaspora are planned. This 60th anniversary gift, however, denied to generations of our disadvantaged people, could not be equalled, far less surpassed.

Who, then, would not join the PNP Youth Organisation in urging: DNA be damned, Mr Holness: Table the bills!

- A.J. Nicholson is a former minister of justice. Send feedback to columns@gleanerjm.com