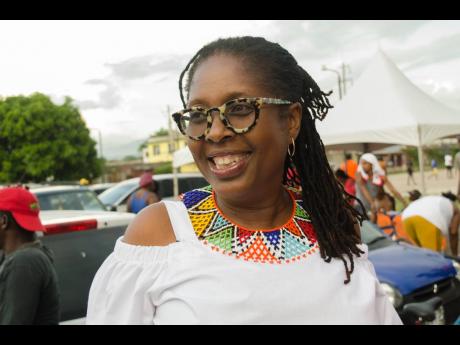 A week ago, this newspaper noted the clear link between the Patterson Commission’s report on reforming Jamaica’s education system and the proposed law being reviewed by a parliamentary committee for regulating the teaching profession. Yet, it is bewildering that this nexus seemingly misses everyone. The Patterson report hasn’t featured, not even tangentially, at any of the hearings on the Jamaica Teaching Council Act.

For that matter, it hardly features anywhere. For some so far unexplained reason, the Government hasn’t made the report a priority for public discussion, although the document was commissioned by Prime Minister Andrew Holness and the commission, headed by the acclaimed Jamaican academic, Professor Orlando Patterson, did its work at breakneck speed. Its final report has been with the Government for more than half a year.

We recently described the Government’s approach to the document, its lack of public engagement, as bordering on scandalous. The shame, however, doesn’t only belong to the administration. Many institutions, not least the political opposition, the People’s National Party (PNP), are enveloped in it. The PNP has said nothing substantial or coherent about the Patterson report, although its education spokesperson, Angela Brown Burke, weighed in – on the teachers’ side – on a sparring between the education minister, Fayval Williams, and the teachers’ union over differing interpretations of the implications of some of the intended provisions of the teaching council bill.

Mr Holness appointed the Patterson Commission in mid-2020 against the backdrop of Jamaica’s poor performance in education despite its relatively high spend on the sector – over five per cent of its gross domestic product (GDP), which is on par with its regional peers. The report reasserted what was already widely known: Jamaica is facing “a severe learning crisis in that a majority of students at the end of primary school remain illiterate and innumerate and most leave secondary school with no marketable skills”.

The extent of these failings were exemplified by the fact that a third of students, at the end of primary school, could not read, 56 per cent could not write, and 57 per cent could not identify information in a simple sentence. Performance at the end of secondary schooling wasn’t much better. Based on 2019 data, only 45 per cent of Jamaican students passed five subjects in a single sitting at the Caribbean Examination Council’s (CXC) Caribbean Secondary Education Certificate (CSEC) exams. Of that lot, only 28 per cent counted maths and English among their five subjects.

These numbers, even on their own, suggest to this newspaper an education emergency in need of immediate attention, with interventions around which there is national consensus. The crisis was exacerbated by the COVID-19 pandemic that robbed children of two years of effective schooling, which was worsened by the fact that over 120 students dropped out of the education system entirely. Many of this group remain missing. Some attend school only sporadically.

The PNP, to be fair to the party, has responded to some of these issues, especially those related to the COVID-19 crisis. Its approach, though, has been disjointed and piecemeal. Ms Brown Burke hasn’t offered a holistic or cohesive vision for dealing with the wider crisis of education. And neither she nor her party, it seems, is aware of the existence of the Patterson report.

This inattention is surprising and almost inexcusable on four counts. Ms Brown Burke and her party’s leadership are no callow youth, without knowledge or sense of history. Or, we suppose so. Secondly, in 2017 the PNP, under its former president, Peter Phillips, although in opposition, established its own commission on education. Led by Elaine Foster-Allen, a former permanent secretary for education and a former principal of a teachers’ college, to recommend ways to bring equity to what Dr Phillips called an apartheid education system. Next, in 2004 a PNP administration, under P.J. Patterson, established the Rae Davis Task Force, with a mandate similar to that given to Professor Orlando Patterson. Last, the commission actually met with a PNP team lead by Ms Brown Burke.

Although it also ventures in some new areas, the Patterson report is in many respects an update and expansion of the work of the Davis Task Force. Both reports share many observations and recommendations. Among the very critical observations of the Patterson report is Jamaica’s consistent failure implementation, which caused many of the recommendations of the Davis report to be lagging. The Patterson report, therefore, recommended an oversight group, similar to the one that chaperoned the Government’s post-2011 IMF-inspired economic reform programme, to ensure that the education project gets done.

This newspaper agrees with that suggestion. Except that people should know what the committee (Mr Holness announced Adrian Stokes to be its chairman, but has yet to name other members) is to implement and what ought to be given priority, especially in a situation of limited resources. Further, as the Patterson report itself makes clear, some of its ideas should be subject to further analysis.

While the vast majority of the ideas and recommendations in the Patterson report win our imprimatur, the process can only benefit from the input of other stakeholders. The issues to be addressed include the restructuring of the education bureaucracy; rebalancing the funding of tertiary education; the financing of early childhood education; changes to the management and curriculum of teachers’ colleges; and what focus should be given to vocational and technical education.

In this regard, it is not only the People’s National Party with which we are disappointed. We are, too, with the Jamaica Teachers’ Association, the teachers’ union, and the island’s universities and tertiary institutions, as well as others who have faltered in their roles as public intellectuals.

The Government has an obligation to lead the discourse, but its failings doesn’t preclude other individuals and institutions from independently engaging the issues.