Editorial | Get a move on renewables plan 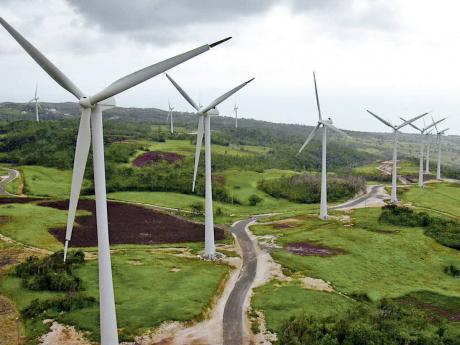 The turmoil in the world’s oil markets, triggered by Russia’s invasion of Ukraine, Jamaica’s energy minister, Daryl Vaz, observed recently, is causing many countries, including his own, to consider the fast-tracking efforts to expand their use of renewable energy. The aim is to, as much as possible, wean themselves off fossil fuels.

That makes a lot of sense. This newspaper is, therefore, surprised at the seeming lack of urgency by Mr Vaz’s ministry in developing, and promulgating, a clear roadmap for the island’s next phase of investment in renewables. Indeed, the minister glossed over the matter when he reported on subjects in his portfolio in Parliament last month.

It didn’t require the Russia/Ukraine conflict to establish the logic of Jamaica’s push for renewable, although events since February, including a sharp spiral in oil prices, has amplified its justification. For instance, oil, which the island doesn’t produce, accounts for upwards of 80 per cent of Jamaica’s energy needs. Jamaica imports around 20 million barrels of the stuff annually, of which between a fifth to a quarter goes to electricity generation.

When the finance minister, Nigel Clarke, crafted his budget for the current fiscal year, he projected that oil would average US$67.50 per barrel. It is now expected to be closer to US$100 per barrel. This means the country could add up to US$650 million more on its oil bill this year, helping to fuel inflation as well as place new pressures on the current accounts.

It was in part to cushion against this volatility in oil markets – the contribution of carbon emissions to global warming and climate change are also drivers – that Jamaica has been adding renewables (wind and solar in particular) to its fuel mix for power generation. Around 17 per cent of the island’s electricity is now generated from renewables. The Government’s long-standing commitment was to increase that to 30 per cent by 2030. Over the past year, the administration has talked of having at least half of the electricity powered by renewables by 2037.

“...[E]ven before this very unfortunate occurrence (the Russia-Ukraine war and Western sanctions against Russia that have impacted the price of oil), Jamaica’s energy transition, diversity, and ultimate energy security was high on the list of national priorities for this ministry,” Mr Vaz told Parliament.

Investment decisions on renewables, or other generating capacity, aren’t made in a vacuum. Requests for proposals (RFPs) for new power plants/facilities are expected to be informed by a so-called Integrated Resource Plan (IRP) for the electricity sector. This document is supposed to outline things such as the Government’s expectation of power demand over a specific period; the cost at which electricity is produced, and therefore delivered to consumers; and the fuel mix and generating systems; taking into account the need for reliability as well as the sector’s carbon footprint.

There are several reasons why this policy document is important, not least being the need for clarity and transparency in determining when, how, or if, new generating capacity is acquired – and, in specific instances, who gets to provide it. One potentially fraught matter in this respect relates to Jamaica Public Service Company (JPS), the monopoly electricity transmission and distribution company, which is also the largest generator of power.

Under existing laws, JPS has first right of refusal with respect to the replacement of its own power generators whose operating lives have ended. By our estimate, around 180 megawatts (MW) of JPS’s generating capacity falls into that category. If JPS exercises its option, it has to be determined on what basis it proceeds, including the fuel mix and technology it employs, the cost at which it replaces generators and, ultimately, the price consumers have to pay for electricity. The Government might determine that JPS can continue to operate the obsolete plants, and what effect that might have on price and reliability.

It isn’t only JPS that to which this issue will apply in the near term. Next year, the company’s contract of one of its private power suppliers, Wigton Wind Farm, will come to an end for 24 megawatts of power, or approximately 38 per cent of Wigton’s capacity. In the normal course of things, it would be expected that the IRP would provide guidance on how this portion of Wigton’s capacity should be treated in any new agreement with JPS, assuming there is a rolling over of the arrangement.

Further, the Office of Utilities Regulation (OUR) is expected in 2023 to begin tariff review for JPS for the next five-year cycle. The age and efficiency of generators, and the technologies used in renewables – including whether the systems have battery storage systems so as to lessen the need for standby fossil fuels generators and the fixed costs therewith – will be important to the OUR’s analysis.

Obviously, the OUR has models it can use, and has used, in its determinations in the absence of an IRP. Similarly, there are formulae available to determine the competitiveness of renewables, compared to fossil fuel generators. However, as Mr Vaz indicated in Parliament, the Government is taking a broader policy sweep on the electricity sector to ensure relative energy security. That implies a deeper thrust into solar and wind. The policy context in which this is approached is, however, crucial. It is urgent, therefore, that Mr Vaz thinks through the issues and makes available the necessary information to allow stakeholders to assess the basis of decisions on this matter.