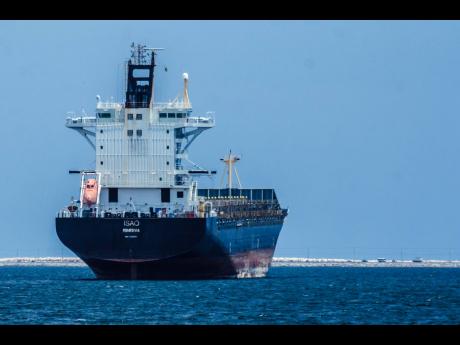 The Caribbean Community (CARICOM) countries could, as their leaders hope, sharply lift their agricultural output in the next few years. That of itself, however, won’t guarantee success in slashing the region’s food import bill by 25 per cent by 2025. Without more, it could very well translate to rotting surpluses in some countries and shortages in others.

Put another way, CARICOM’s ‘25-in–25’ initiative highlights another long-standing problem, the inadequacy of intra-regional transport services generally, and of shipping in particular.

The food project, therefore, could well open business opportunities in shipping and logistics. In that regard, the Jamaican Government, a putative partner in the food plan, should – beyond any regional scheme to this effect – engage the island’s private sector to aggressively explore the possibilities. Indeed, some of the ideas floated by the shadow industry and commerce minister, Anthony Hylton, during Parliament’s recent Sectoral Debates, are worth considering.

Annually, CARICOM countries import more than US$5 billion worth of food. Jamaica’s portion of that bill is around US$1 billion, or approximately 17 per cent of the island’s overall visible imports, a similar proportion to its share of the region’s food imports. For decades, CARICOM has talked about and floated initiatives to reduce that expenditure and enhance food security. Nothing, however, was achieved.

Recently, though, the idea, of which Guyana has been a strong and consistent proponent, has had fresh legs and uncharacteristic energy, fuelled, in part, by international developments. The disruption of global supply chains, caused by the COVID-19 pandemic, accentuated the region’s risk to rising costs therefrom, as well as the broader danger of food insecurity.

These problems have been exacerbated by Russia’s invasion of Ukraine, and the resultant Western sanctions on Moscow. The two countries, between them, accounted for over a quarter of the world’s wheat exports, nearly a fifth of the supplies of barley and maize, as well as large portions of its seed oils. Russia, too, is a major exporter of fertiliser. Most of Ukraine’s production cannot reach the markets because of Russia’s blockading of its ports. On the other hand, Russian goods are subject to sanctions. The upshot? Rising prices and global food inflation.

CARICOM’s success in cutting its food import bill by the projected levels would, presumably mean, retaining in the vicinity of US$1.4 billion in the region and, helping to ease pressure on the current accounts of the community’s mostly highly indebted economies. In Jamaica’s case, where experts have long argued that upwards of a fifth of the food imports could be substituted by domestic crops, the ‘saving’ could be upwards of US$200 million, or J$31 billion. Much of those liberated resources would be available for investment in domestic agriculture, and agro-processing and related ventures.

Last month, CARICOM hosted a regional investment forum on its food initiative in Guyana and plans to mount related events elsewhere in the region, at which the community’s private sector will be further sensitised on the initiative. That is good, but, we feel, hardly sufficient. At least for Jamaica. Too little is known, or understood, about the programme, even by the private sector. Yet, the initiative’s success will require corporate buy-in, including by Jamaican entities, if adequate capital and management skills are to be mobilised for the various ventures.

Shipping is one of the sectors that will demand attention under this project.

The initiative, in part, calls for putting some of Guyana’s vast empty acreages under a variety of products, including maize, which would help to provide both human and animal feed. Belize and Suriname, CARICOM members with significant land mass, and Jamaica, much of whose farmlands are idle, are also considered critical to the initiative.

A potential problem, however, would be how to move corn from, say, Guyana and Suriname, or Belize, to the poultry industry in Jamaica, in the absence of a significant intra-regional shipping industry, except for the inter-island schooners that operate between the some eastern Caribbean islands, Trinidad and Tobago, and Barbados.

The last significant regional shipping project, the West Indies Shipping Corporation (WISCO), the successor to a company of the same name (which was established at the launch of the West Indies Federation with two ships , the Federal Palm and the Federal Maple, that were gifted to the Federation by Canada) collapsed in 1992 when its government owners ended their subsidies. Trinidad and Tobago and Jamaica were WISCO’s major shareholders.

At the Georgetown agri-investment forum, a group of CARICOM leaders acknowledged that “lack of adequate regional transportation by sea and air is an obstacle to the transportation of food within the region”. They proposed that Mia Mottley coordinate an effort, along with CARICOM’s country leads on transport and agriculture, to draft a proposal for an “adequate and sustainable regional transportation, after consultation with the Caribbean private sector, the international donor community and multilateral development agencies’’. The document should be ready for the next summit of CARICOM leaders in July.

This move does not, and should not, preclude a Jamaican national effort at determining what business projects may lie in these efforts for its private sector, and what may be required of our Government to create a competitive environment for their participation. For instance, it might be useful to consider efforts at establishing Jamaica as a major logistics centre, and the expansion of special economic zones might fit into the CARICOM agri-food initiative.

Mr Hylton, the opposition spokesman, for instance, rekindled the long-standing proposal of establishing Vernamfield, the old US military base in the central parish of Clarendon, as a cargo-focused aerotropolis, although that might require removing certain exclusivities enjoyed by the lessors of the Norman Manley International Airport in Kingston. We should get on with the discussion of what is feasible and economic.