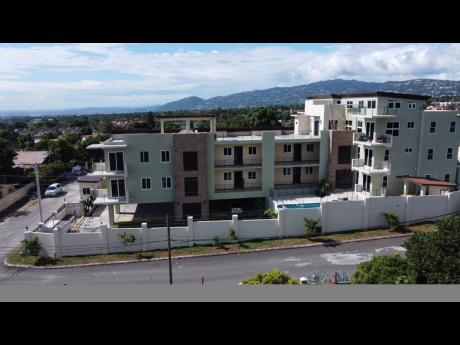 The Gleaner headline of Wednesday, June 15, ‘KSAMC, NEPA take flak for building breach chaos’, got my attention because I literally grew up in the Kingston and St. Andrew Municipal Corporation (KSAMC). My father was employed there almost all his working life. He moved up the ladder until he became an extremely efficient, dutiful, deeply dedicated, helpful and highly respected city engineer. I know how well certain aspects of a municipality can and should operate. It breaks my heart to see what has become of several of them.

When I was in my late teens, I chauffeured my father around during the summer. He always checked on numerous building sites and roadwork projects. He taught neophyte building surveyors and he went into the details of looking out for shoddy or dangerous workmanship and breaches of covenants and zoning laws.

His subordinates were assigned specific zones for which they were responsible. They had to participate in regular meetings and report any irregularities, difficulties, and concerns. He was never quick to seek demolition of structures that were in breach; he would work with the owners/contractors to try to fix the problem(s), save the building(s) and avoid loss of money. He abhorred inefficiency and corruption.

Nowadays, breaches of rules/laws, building codes and covenants are widespread and blatant. People do whatever they want, and they get away with it because of pervasive inefficiency and rampant corruption at several levels within the responsible authorities. I vividly recall a major, and dangerous violation that was repeatedly brought up in regular meetings for years. It wasn’t until someone of importance, outside of the responsible authority, embarked on an all-out campaign to embarrass the government, that something was eventually done. It turned out that the fellow assigned the task of delivering the notice to the offender was his friend. No one tried to find out why the notice remained undelivered for years, and no one was held accountable.

It is not right that citizens within any community should be tasked with the responsibility of policing any nearby construction. Municipalities should have members within the relevant departments responsible for specified zones. The assigned government employees should be the ones who are involved in the approval of the application process, the mandatory site visits, and the regular and repeated inspection of construction sites. They should be the ones held responsible for breaches and for any catastrophic construction failures, but they are never held to account.

Whenever something becomes so egregious that a citizen or a group of citizens complain, they run the risk of being ‘eliminated’ by the law-breaker because huge sums of money are always involved. And, although the breaches constitute flagrant violations of the law, and fall directly under the responsibility of a municipality, concerned, unprotected, short-changed, and distressed citizens are often told to seek legal recourse. This takes forever, is prohibitively expensive and leaves many tax-paying citizens feeling abandoned and betrayed by the government.

If the government authorities were doing their basic duties, they should be aware of breaches and intervene quickly. Shockingly, if the matter is reported (by whatever means) and if the authorities intervene, the law-breakers are usually informed that someone within the community made an official complaint about their activities. This can cause very serious problems and possibly violence within communities. The authorities should never, under any circumstance, tell anyone that someone reported them. The ramifications of doing so are far reaching and potentially volatile/dangerous.

In telling an offender that someone, or a group of neighbours within the community, complained, the government is de facto insinuating that, were it not for the complaints of the neighbours they would have no reason to investigate and possibly intervene. In effect, the government is telling the offender that the neighbours are the source of his/her problems. It is not admitting that it was negligent in carrying out its duty to uphold the law and protect the citizens of Jamaica.

Whenever there is bad blood in a community, some citizens will fear for their safety and move if possible. In a society such as ours, where we have produced many hopeless and violent youths, it is far cheaper to arrange for someone to be killed than it is to pay a fine, delay, or cease a construction, destroy a breach, or abandon a fruitful business. In pointing fingers at neighbours, the government is igniting acrimony and endangering lives.

When municipalities receive genuine complaints, it simply means that they have failed in their duties. If people need to hire lawyers to remedy building breaches, it is an indication that the municipality is relinquishing its responsibility to us, the citizens of Jamaica. The actions of municipalities are facilitating breaches, corruption, fear of retaliatory violence, and the destruction of community spirit. Citizens are discouraged from complaining, property values plummet, owners move out and rent to anybody. Many not-so-privileged communities have no organised citizens’ associations and no financial clout, so they rapidly deteriorate into multi-tenement yards, and our ghettos expand.