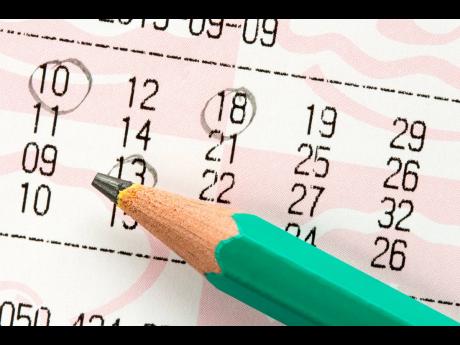 One in five Jamaican adolescents is either a problem gambler or at risk in becoming one. The number must be much higher now as people scramble to get a money by chance rather than by work.

Again last week, the chief justice ‘had to’ slap the minister for the implicit insult to the judiciary by inferring that judges are loose and irresponsible in granting bail. Any practitioner can attest that getting bail for a person on a serious...

Again last week, the chief justice ‘had to’ slap the minister for the implicit insult to the judiciary by inferring that judges are loose and irresponsible in granting bail. Any practitioner can attest that getting bail for a person on a serious charge like murder or a gun offence is, appropriately, very difficult, given the existing Bail Act.

Even the Justice Minister felt constrained to affirm that. Delroy, when are you going to follow your conscience and separate yourself from the totalitarians in your company?

The police and prosecution have the right to oppose bail and the Crown has a right of appeal. When they do, they are heeded. So leave the judges’ discretion and the existing law alone! And shame on the suggestion that while justice is blind, “it ought not be deaf”. That sounds cute, but is really dangerous. Must judges be swayed by fickle public sentiment in deciding cases? What about the law and constitution?

This administration has afflicted itself (and us) with poor legal advise. Remember the NIDS case, the SOE judgement and now the full court bombshell declaring that the public must pay millions in damages to one of thousands of detainees because several Emergency Powers Regulations are now declared unconstitutional. It is these same people who want us to support them in watering down the sacred Charter of Rights.

Defending life does not require trashing the constitution. Stop shutting out the courts in the Emergency Powers Regulations. Police and politicians are not to be the arbiters of the personal freedom of Jamaican citizens. Panic stricken legislators, bankrupt of crime-solving measures, make bad laws.

Every day, young people in Jamaica, mostly of limited means and educational attainment, are encouraged to scratch a piece of paper with numbers on it and win millions to secure the big house and car which everyone wants. This despite the findings of a 2007 study, ironically paid for by the Betting and Lottery Authority, that one in five Jamaican adolescents is either a problem gambler or at risk in becoming one. The number must be much higher now as people scramble to get a money by chance rather than by work. Talk straight. How can that make sense?

Then there was the sad newspaper story of a teenager needing cancer treatment whose mother is doing her best, but it is not enough. Why is there no mention of the boy’s father? We continue to delude ourselves in this 60th year of our mental slavery that a wholesome society can be built on fractured families. Crooked thinking again.

Note also the tragic story of the murdered 18-yea-old school football star. Tragic because of the loss of his life, but also this youth left a one-year-old child to ‘mourn’. “A no nuttin” you say? Teenagers do yu ‘ting’!

Bruce Golding, Peter Phillips, Pearnel Charles Sr and I spent the better part of an hour on the Bridge 99 this week discussing the need for much greater jointure between the political parties in order to contain the severe crisis of economy and social order which faces the country.

All agree that the political structures are inadequate to meet everyone’s reasonable aspirations. The nation’s sense of purpose is jaded. Bruce points to the turn-off of the majority of the electorate and the tendency of parties to play to their hard-core supporters which is enough to gain state power.

Peter points to the brooding tsunami of external challenges and the inability of present policies to insulate us from these headwinds. Given the lust for power and the influence of big money, Pearnel is not hopeful of internal change. My view is that the current system of political economy was never designed to be inclusive of all citizens, and, is in fact, premised on exclusory class alignments.

All agreed that bi-partisan discussions and joint action on concerns like security, education and fiscal policy could produce good results, especially if they took place away from media glare. There is recognition that over and above the systemic weakness of low economic growth and brittle social relations, the massive setbacks of COVID-19 and Ukraine have dealt us serious damage from which it will take long to recover.

If experienced heads agree that progress under the current system is unlikely, why not routinise inter-party dialogue to eliminate political tension and enhance a sense of national purpose. Then using that as a platform, craft an agenda for social action, with timetables, around which people of goodwill can coalesce.

I would want to engage everyone in ensuring that all children go to school. That can happen now. By itself it could raise hopefulness and ease the prevailing mood of scepticism.

Sometimes the noblest exercise of power is to relinquish it. This “winner takes all” (aka prime ministerial dictatorship) pseudo-Westminster model will continue to divide our people into spells of anomie and truculence. Why not consider a system of proportionate representation to provide shared governance and enable space for other tendencies and interest groups to have the opportunity to participate in the exercise of state power.

Then the fervent diaspora interests could be accommodated more meaningfully than the pallid sweet-talking of last week’s gathering. No grouping has a monopoly of good ideas and talents. It will take humility and straight talk to turn the tide towards progress.