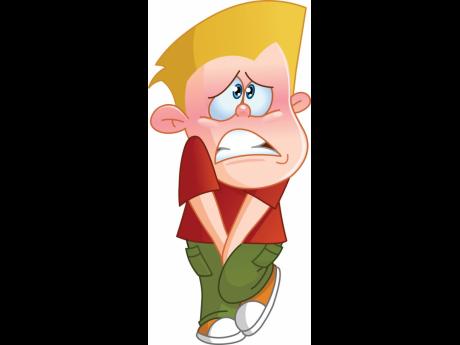 There are organisations that add value and some that only provide ‘ad’ or advertising value. I saw one which said its product was “For those who keep coming”. Another of its ads boasted, “One of the greatest erections by a man!” and asked, “Want to...

There are organisations that add value and some that only provide ‘ad’ or advertising value. I saw one which said its product was “For those who keep coming”. Another of its ads boasted, “One of the greatest erections by a man!” and asked, “Want to see THE TOWER?” with a picture of the Eiffel Tower below. The funniest said, “We saw. We conquered. We came.” The one that did not need any frills had a crib with colourful artwork of a baby toy at the front, a smiling tiger on the side and the sign ‘$420’ clipped to it. Below was the trademark Durex (the condom manufacturer) and hanging to it by a thread the sign, ‘$2.50’. Most of the other ads were also from the same company for the same product, including one that was really hard-hitting, “To all those who use our competitors’ products: Happy Father’s Day.” Their biggest competitor, Trojan, which is supposedly not as reliable, came up with “19 out of 20 don’t break” and someone quipped, “What is that about? The used or the user?” Another pointed out, “Trojan’ isn’t a good name for a condom. Didn’t the real Trojan horse burst and loads of little guys came pouring out of it?” None of the lesser-known competitors are even close in terms of ads that make fun of an increasingly vital fact of life these days. Condoms are forever and for everyone.

Let me go back 70 or even more years. I was attending an elementary school in a country village in Trinidad which, in retrospect and from my travels, was like almost all the others in the Caribbean. As seven-year-olds, all the boys of all the races and creeds used to line up at recess time behind the latrines under the bamboo trees and take out their big, small, thick, thin or, what they called “lumpy” bamboos, and let fly while making jokes about who had what. We learnt a lesson then that none of us ever forgot – while the discharge was always to the swiftest, the mace was not always to the darkest, lightest, tallest or biggest.

DID NOT MATTER ONE WHIT

Yet, this did not matter one whit. Despite not having television at that time, and with radio stations and newspapers that heavily censored anything with the slightest sexual content, the news rapidly spread throughout the whole of Trinidad that the appendage in question would grow longer if you planted a cassava stick or shoot, measured to the present length, and ensured that by good husbandry the cassava plant thrived. There was a surfeit of cassava in the village and the entire country that year, with even women, especially the older ones, planting like mad. We had cassava boiled, fried, baked, curried, casserole and coming out of our ears but not out of where it was considered most needed and wanted.

I remember when, in 1994, there was a very bitter breakup between the comedy stars, Roseanne and her husband Tom Arnold. Roseanne made fun of Arnold and his “three-inch penis”. His response was, “Even a 747 (airplane) looks small when it lands in the Grand Canyon.” Any man hearing Roseanne’s accusation would have exclaimed “Ouch!” either out loud or deep within his undisclosed inner and vulnerable self. Even while applauding Tom for his inspired comeback, most men would have felt deeply for him and for themselves, since penile size, while the subject of many jokes among men, is still not a laughing matter. It is very much a subject that is an inextricable and vital aspect of maleness. In Western societies especially, in the hidden hearts of the males of the species, the compound of macho, myth, mystery and mystique does not lend itself to mirth. While men talk glibly about size not being everything, many know in their heart of hearts that it is the only thing.

According to research conducted by Durex, “the length of an erect penis can range from four to nine inches, while penis widths can vary from just over one inch to more than two inches.” Was Durex stretching the truth? The medical journal Urology has recommended, that the “best way to reassure men with penile concerns is to educate them. Men should know that a normal-sized penis is 1.6 inches or more when flaccid or 2.76 inches when stretched out.” However, a survey reported in Frank O’Neill’s Mammoth Book of Oddities found that only 65 per cent of men in the United States were happy with their penile size. Of those dissatisfied, 12 per cent would like a smaller appendage, 52 per cent would like it bigger, 53 per cent would like it longer and 40 per cent would want it wider. Interestingly, it seems that American women, with the possible exception of Roseanne, are much easier to please. A resounding 80 per cent were happy with their partner’s equipment. However, of those dissatisfied, 44 per cent voted for bigger, 48 per cent for longer, 23 per cent for wider, and 22 per cent would like it smaller.

Mr Arnold’s reputed or alleged three inches compares favourably with the gorilla’s average of two inches, the cat’s three-quarter inch and the mosquito’s one-hundredth of an inch. It was even better than that of the great Emperor Napoleon Bonaparte which, after his death, was described as “one inch long and resembling a grape”. However, compared with other human males, it is 40 per cent below the average of five inches or 12.8 cm which was announced, after careful measurements of different races, by scientists at the University of California.

Yet, when you size up the situation, the ads by the companies are really to outsell their competitors. It is globally accepted that condoms are the only birth control devices that reduce our risk of both pregnancy and STDs, including HIV, gonorrhoea, chlamydia, syphilis, and certain types of hepatitis. What is not widely known is that teens use condoms more often than adults. In fact, the answer to, “What do you call someone who doesn’t know how to use a condom?” is “Dad”.

The question, I am sure, is why am I telling you all this? Am I being paid by the Family Planning Association or Durex? The answer is no. What started me on this article is the competition for what is increasingly a seller’s market. Despite our concerns about size, men have no choice. It is no longer “put up or shut up”, but put on or shut down. Whether we go for the electronically tested or not, we have to go with one of its popular ads, “Get It On!”

Tony Deyal was last seen telling the story about the youngster who asked his father, “What are condoms used for?” The father replied, “To avoid such questions.” Send feedback to columns@gleanerjm.com.