Brian A. Nichols | The Summit of the Americas hits home: Our relationship and my family history 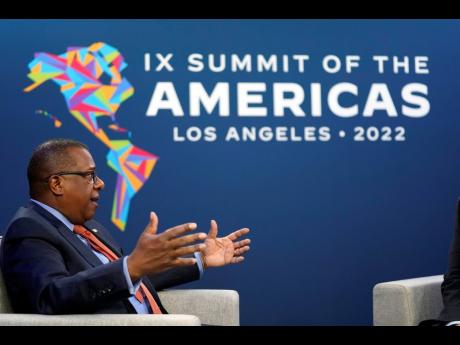 AP
Brian Nichols, Assistant Secretary of State for Western Hemisphere Affairs, conducts an interview in preparation for the Summit of the Americas, from June 6-10 in Los Angeles. 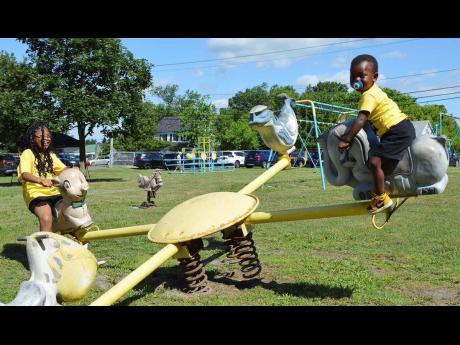 AP
Aniya Murray, 10, and Brandon Artis, 2, of Milford, Delaware, enjoy the playground at the Richard Allen School grounds in during the Junteenth celebration on June 18, 2022, in Georgetown, Del. 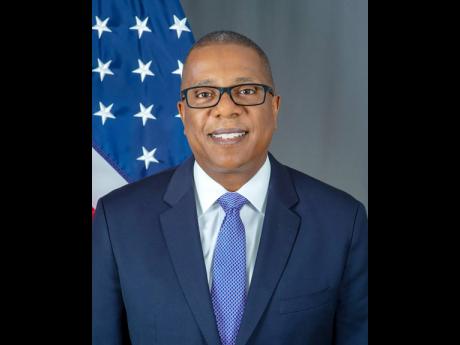 How fitting that the United States hosted the Ninth Summit of the Americas in June, when we celebrate Caribbean American Heritage Month.

Through a coincidence of timing, the Summit of the Americas took place at the same time as my own, long-planned family reunion in Barbados. This confluence of events led me to reflect on my history and the generations of ancestors that led me to the summit in Los Angeles.

My paternal grandfather, Charles Nichols, was born in Saint George, Barbados, in 1877. He worked on the Panama Canal with others from the Caribbean; particularly 75,000 Bajans, the largest nationality group to labour on this great engineering project.

Through this work, he earned enough money to emigrate to the United States with his wife, Julia King, and their children. My father was born in Brooklyn, the youngest of eleven and the second to be born in America. As the youngest son of a youngest son, myself, I am proud that my roots connect me so strongly to the Caribbean.

Events like the Summit of the Americas recognise the ties that bind our hemisphere together, and I feel grateful to reflect on the values and the heritage that we share with our Caribbean neighbours. I count myself as a member of the Caribbean diaspora that helped build the United States. Our country continues to benefit from this community’s many contributions.

We will rely on this support, ingenuity, and energy in implementing the promises of this summit. We are committed to supporting our Caribbean kin and neighbours, and to implementing the ambitious goals that President Biden and Vice President Harris have set for us.

We have already begun this work and it will continue in the weeks and months. During the summit, the president and vice president co-hosted their Caribbean counterparts for an in-depth and substantive meeting that will further strengthen our partnerships with the region. Our Caribbean neighbours spoke of their economic challenges stemming from the COVID-19 pandemic, the impact of climate change, food and energy insecurity, and lack of access to low-cost financing.

Seized with these challenges, President Biden and Vice President Harris committed to working with the Caribbean Community (CARICOM) and the Dominican Republic to form three high-level committees tasked with developing immediate and concrete, joint, and near-term solutions.

The first of these committees, which I will co-chair for the United States, addresses the critical issue of food security. Food and nutrition insecurity are on the rise in the Caribbean, with approximately 67.5 per cent of the population experiencing moderate or severe food insecurity. To address these challenges, the United States and CARICOM will launch a Caribbean Zero Hunger Plan to promote food and nutrition security in the Caribbean. President Biden also announced the United States will provide $28 million in new food security assistance to Caribbean countries.

The White House also pledged to strengthen our engagement on energy and climate change. Building on Vice President Harris’ April 29, 2022 meeting with Caribbean leaders, the United States launched the US-Caribbean Partnership to Address the Climate Crisis 2030 (PACC 2030) to facilitate renewable energy infrastructure development, including by increasing access to financing, and to bolster the region’s resilience to climate-based natural disasters.

The leaders stressed the need to strengthen security cooperation and engagement, including countering small arms trafficking. The United States and Caribbean countries will build on the long-standing Caribbean Basin Security Initiative (CBSI) through broader engagement in combating trafficking in persons, cybersecurity, and cybercrime. The United States, the Dominican Republic, and CARICOM member states support the development of national action plans to counter firearms trafficking. These national action plans will help the United States more effectively tailor our support to CBSI member countries to address trafficking of illegal handguns and assault weapons throughout the region. We also agree on the importance of acceding to the Treaty of San José concerning illicit maritime and air narcotics trafficking. This treaty provides states with a valuable legal mechanism that facilitates international cooperation to disrupt illicit maritime trafficking and transnational criminal organisations in the Caribbean. We encourage Caribbean countries that have not yet acceded to the Treaty to consider doing so.

It is of no small consequence that Vice President Harris, a daughter of Caribbean heritage, co-chaired this meeting with the president of the United States.

As a son of Caribbean heritage myself, this historic moment made me deeply proud. Our nations share values, culture, history, and family ties. As governments, we will work in partnership with civil society and the private sector to ensure that democracy delivers for all our people and to build safe, inclusive, prosperous, equitable, and climate-resilient societies.

Brian A. Nichols is the Assistant Secretary of State for Western Hemisphere Affairs at the United States Department of State. Send feedback to columns@gleanerjm.com.