Peter Espeut | The principle of retribution 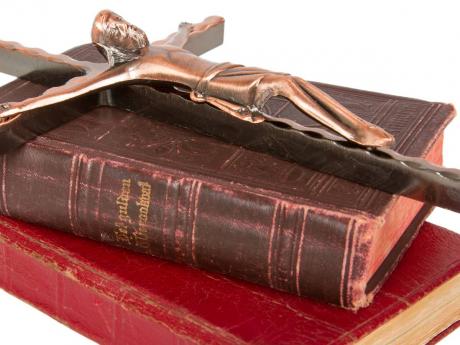 Those who seek to use the Bible and Christianity to justify the death penalty must be careful that – like the devil – they are not just quoting scripture for their own purposes.

The Lex Talionis (The Law of Retaliation – An eye for an eye, and a tooth for a tooth) – first found in the Code of Hammurabi (1780 BC) and supported in the Old Testament – was an advance over previous practice. Even in the early Old Testament an aggrieved person could claim as retribution (retaliation) a punishment many times greater than the injury endured.

After Cain killed Abel, the Lord decreed that “anyone who kills Cain will suffer vengeance seven times over” (Genesis 4:15). And later in the same chapter, Lamech said to his wives, “I have killed a man for wounding me, a young man for injuring me. If Cain is avenged seven times, then Lamech seventy-seven times” (4:23-24).

In the book of Leviticus we read:

What the Lex Talionis did was to establish the principle of proportionality in retaliation: that criminals should receive as punishment precisely those injuries and damages they had inflicted upon their victims: if someone throws a stone and damages one of my eyes, in retaliation I might damage no more than one of his eyes. “If there is serious injury, you are to take life for life, eye for eye, tooth for tooth, hand for hand, foot for foot, burn for burn, wound for wound, bruise for bruise” (Exodus 21: 23-25).

And so someone who committed murder, in justice should lose his own life. Death, therefore, is too harsh a penalty for wounding or blasphemy.

In practice, Jewish law did not allow the injured party to demand an eye from the person who caused the loss of his eye, but could demand the value of his eye. This led to the abolition of the literal observation of the Law of Retaliation in Palestine.

Fundamentalists who live under the Old Law and Old Covenant might feel justified in quoting the above to justify a belief in capital punishment, although the Jewish people have abandoned that doctrine. The state of Israel, inheritors of the Old Covenant, abolished the death penalty in 1954, six years after its birth, for all but exceptional crimes. Their last execution was in 1962 – a man named Adolph Eichmann. Israel – for whom the Old Testament is the whole Bible – has not executed anyone since Nazi butcher Adolph Eichmann!

For Christians, there is a New Testament. Over centuries, doctrines in the Bible have developed and advanced under the inspiration of God. Jesus himself put aside elements of Old Testament moral law in a series of statements of the form: “You have heard it said … but I say to you …”. For example, in Matthew 5:38-39 and in 43-44 he says: “You have heard how it was said: ‘Eye for eye and tooth for tooth’. But I say this to you: offer no resistance to the wicked. … You have heard how it was said: ‘You will love your neighbour and hate your enemy’. But I say this to you, love your enemies and pray for those who persecute you”.

There is also the powerful scene (John 8: 2-11) where men have stones ready to execute a woman found guilty of the capital crime of adultery. The story ends with the men slinking away, their stones unthrown, and the woman reprieved.

Christians are not justified in applying the principle of retaliation.

Jamaica is (again) suffering a pandemic of crime and violence, including murder, and the justice system seems unable to counter it. Desperate people in their desperation propose desperate and extreme measures. Some people are calling for blood! This is, in a sense, understandable.

But what is wholly unreasonable and untenable is to quote the Bible – either the Old or New Testaments – to justify capital punishment. Those who seek to use the Bible and Christianity to justify the death penalty must be careful that – like the devil – they are not just quoting scripture for their own purposes.

I believe that many people who call themselves Christians (myself included) are still in need of profound conversion – a change of heart. Is it not true that many of us are quicker to turn to violence than to peace? We beat our children, or shout and scream at them. Some of us beat our spouses. We love a “tracing match”, and push can easily come to shove. We are famous – both men and women – for knock-down, drag-out fights, tearing off each others’ clothes. We fight at dances and concerts and in the street, and we throw stones and bricks and bottles. We need to ask ourselves how much violence and indiscipline we carry around in our own hearts and deep in our very being.

Even if we do not accept the above characterisation, do we find that we empathise more with “life for life, eye for eye, tooth for tooth, hand for hand, foot for foot, burn for burn, wound for wound, stroke for stroke” than with “Love your neighbour”? I believe that in Jamaica, vengeance and reprisal are more the national ethic than love. We need conversion!

In my view, the notice served by the director of public prosecutions (DPP) that she will seek the death penalty for the Cocoa Piece killer, if he is found guilty, is intended to distract us from the incompetence demonstrated by her office in recent and on-going gang trials. Why bring people before the courts if you have no credible evidence against them?

And why put up a perpetrator of domestic violence for the death penalty, and not murderers (beheaders) and contract killers from gangs with political affiliation?

We must not tek serious ting mek politics!