Ronald Thwaites | Towards an anti-violence culture 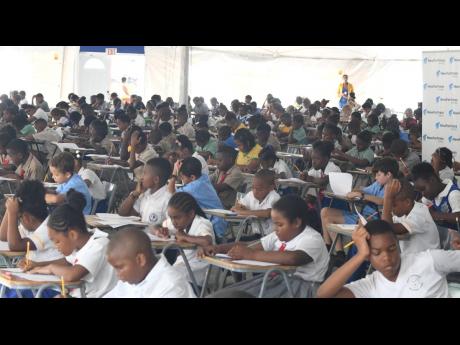 It makes no sense introducing any child to high-school education if they cannot read, write and compute adequately.

Easily half of the school-leavers at the recent high-school graduation had taken neither CSEC nor City and Guilds examinations. They had missed too much school, were beset from seventh grade with unremediated literacy and numeracy challenges, or...

Easily half of the school-leavers at the recent high-school graduation had taken neither CSEC nor City and Guilds examinations. They had missed too much school, were beset from seventh grade with unremediated literacy and numeracy challenges, or had been taught curricula which bore no relation to their rural existence and urban aspirations.

At the spirited function, they displayed great talent in all but their academic necessities. They are beautiful. We are letting them down badly. All they received was a certificate of attendance. Where can that take them?

Fortunately, most are being directed to vocational classes being offered by the HEART/NSTA Trust. There, also, will be the chance to catch up on the basic subjects they missed at high school. Remediation like that is an essential and expensive project. Its need points to inefficiency and waste of educational resources. These kids are not a distressed minority: they are a growing mass on whom we taxpayers, often fruitlessly, spend scarce dollars. We, and they, need to do it right the first time.

The high school in question needs literacy and numeracy coaches. It makes no sense introducing any child to high-school education if they cannot read, write and compute adequately. But that is exactly what we will do in the next two months, resulting in the endless repetition of the graduation scene I am describing; cascading into chronic social disorder and one per cent growth rates.

School attendance at that institution has been in the region of 65 per cent of enrolment during the past term. Principal and teachers have scoured the communities searching for the children. They have had little success. There is nothing they can do to redress the aggressive poverty, so many in grades nine and 10 have dropped out for good.

The guidance counsellor is overwhelmed with unusual problems. The nearby church offers little presence and less mentoring.

Not surprisingly, there has been migration of their best teachers. Several academic posts have not been filled. Classes have to be cancelled regularly due to excessive casual and other leave-taking by indifferent or frustrated teachers.

The problem of uncontrollable young people has been aggravated by the long absences. The majority of classroom teachers cannot manage the disruptive tendencies and emotional abnormalities.

Last week in one school, grade-10 girls entered a grade-nine classroom, ignoring the teacher, to ‘jook’ and beat a girl with whom they had a dispute. Sorry, this is not unusual. Can we craft an urgent partnership between the universities, the Government, teachers and parents to address this behavioural crisis.

Convince me that this picture is not replicated in varying degrees all over the country. The prime minister speaks about us normalising violence. He is right. We also normalise failure in school. That is the origin of later disorder, under-productivity and yes, violence. All of this is avoidable within existing resources, given focused will and unity.

This starts today for four weeks. It is the beginning of a great idea. But the time is too short, attendance too voluntary; overall, too ‘pity mi likkle’ to alleviate the huge educational deficit created by inadequate structures and bad attitudes, all aggravated by COVID-19.

Every school should be open all summer. Use the time for remediation and socialszation. During COVID-19 pandemic a quarter-million children and young people will be food-deficient. Feed them, give them extra lessons, counsel and recreate them. Idleness begets academic regression and moral disintegration.

Mr Holness promises an “anti-violence” strategy for the 60-year-old nation. Good! But you can’t kill violence with violence, Sir. Firmness has to be combined with reconstruction of the individual and community conscience. Moved by the depravity of Cocoa Piece, you said we have to “look into ourselves”. Right again!

So please accept a humble suggestion that the anti-violence strategy must begin in the nearly 3,000 basic and infant schools and follow through in the primary system, too. Not a total solution, but an essential ingredient of reconstruction and transformation.

Nearly half of early-childhood teachers cannot qualify for registration under the rubric of the Jamaica Teaching Council Bill. Nor can they be replaced. Nor can they continue to be paid minimum wage and be expected to lay the base for better high-school outcomes than those described earlier. They need more training, more money, and more prospect of upward mobility. And the caregivers, cooks, guards and cleaners in this sector require similar attention.

Beginning this September, please, could all early-childhood personnel below the level of a diploma be enrolled in a programme to bring them first to the standing of an associate degree with a pathway to full bachelor’s status thereafter? An increase in the establishment for early education and something close to doubling the pittance offered to those teachers who show genuine love for little children, and who are serious about advancing their qualifications, would represent a huge contribution to any anti-violence strategy.

Most of the underqualified early- childhood personnel have Level One or Two HEART certification. So there is something to build on. Add to that more intensive civic, values and attitudes and religious training. Send the message to churches and parents that investing in early development is as important as university training.

A wise teacher sent me the following objectives which guide well-provisioned and respected early-childhood education in Singapore.

-be able to distinguish right from wrong.

-be able to build friendships with others.

-have a lively curiosity about things.

-be able to think for and express themselves.

-take pride in their work.