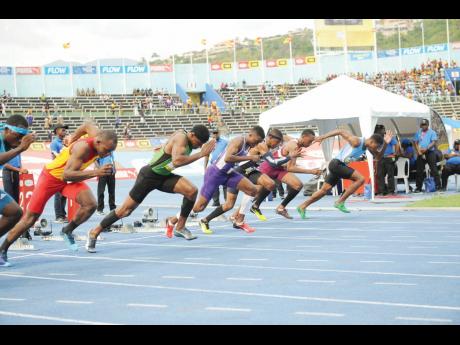 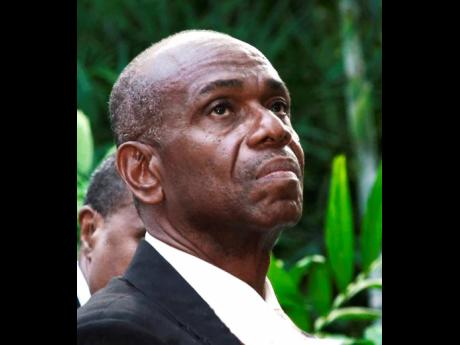 “Oh, what a tangled web we weave when first we practise to deceive”. Words taken from the story Marmion by Sir Walter Scott. A line that is so apt when describing what’s happening on the world scene as well as what’s taking place in Jamaica today. What’s taking place in Jamaica could also be appropriately conveyed by the quote, “Let them eat cake”, attributed to Marie-Antoinette, the queen of France, during the French revolution, after she was told that her starving peasant subjects had no bread. It is an example of the obliviousness of power and the ruling elite to the conditions and daily lives of ordinary people.

Jamaica today is in crisis. Among other things, crime is out of control, housing and land reform leave a lot to be desired, roads, markets, public transportation and most importantly, education, are in extremely poor condition. Most recently, the Patterson Commission detailed the shortcomings of the education sector, leaving no doubt that the overwhelming majority of our children are not getting the opportunity for the quality education that they desire and deserve.

Our public schools are failing in their mission to deliver quality education to all our children and to be effective agents of socialisation of our citizens, so that the probability of us producing prosocial rather than antisocial citizens is enhanced. However, the gist, the gravamen, the substance of the Patterson report is not new and has been known for decades. Our various governments have just failed to take meaningful action. Leadership has disappointed us repeatedly.

In spite of this, our educational institutions have been obsessed with winning at sports at all costs and allowed to act accordingly (with a number of our traditional schools in the vanguard of this assault against our education system). Sports has become a red herring, a diversion which has led many students off the education track and on to a dead-end street. Our educational institutions have been acting as sports academies and clubs, bringing in students based on their sports ability, in a no-holds-barred, all-out effort to ensure the winnings. It has gone so far that the outsiders are no longer recruited just from Jamaica, but from the Caribbean and as far afield as Africa! Of course, this follows logically given the win-at-all-costs approach to sports practised by these schools. And what is the basis, what is the justification for bringing in these foreigners? To give them opportunities is the retort. Jamaican children are suffering, their lives are being wrecked because of the lack of these same opportunities, but we are using our scarce educational resources to provide others with these benefits, out of consideration for them. It’s a deception, an untruth, a lie!

How can Jamaica, an underdeveloped country, struggling to provide the basic needs for the majority of its citizens, especially in the key area of education, by providing opportunities for others when ours don’t have? They are being recruited simply to help the school win at sports, in keeping with the dictum, “by any means necessary”. The powers that be don’t give a damn about the best interests of our children, our people. Remember, “Parson christen dem pickney fus”. It cannot be that so many of our children are starving yet we go outside feeding others on the basis that other people have helped us to feed ours. They have the wherewithal to do that, we don’t. You need to fulfil your responsibility to your children first, before thinking about going outside. Deception!

A few years ago, ISSA, the governing body for high school sports, took a half-step in the right direction, and introduced rules to limit the out of control recruiting of sports talent by our schools. ISSA had hoped that this would stop the mass recruiting of sports ability and protect the academic interests of the students. The current practice of bringing in overseas sports talent is simply a way around these rules. Deception!

ISSA must ban recruiting for sports purposes by our schools. Half measures won’t work! Students must qualify for high school in the normal way, and schools must go about developing the talents of those students, primarily in the academic, technical and vocational areas. Extracurricular, co-curricular activities like music, sports, etc., must be used as teaching tools for ALL students who are so inclined, to help in their full development, and to assist in producing rounded citizens. These students are and should be shown to be representative of the school. It is highly corrupt to be foisting others on the public as representative of the school, while the genuine product is kicked aside, often prevented from entry in the first place. Professionalising school sports is not a step in the right direction and creates many ills for the education system. The thrust should be about the school helping the student, not about the student helping the school! This is surely an example of intelligent people doing stupid things!

The really sad part about all of this is that those who are being hurt the most, those who are being robbed of their future, along with their loved ones, are the ones who are cheering the loudest, the ones who are making the most noise, unaware, totally unconscious of this travesty of justice against the poor, the powerless, the weak, the downtrodden. This is all done, of course, under the umbrella of blind, partisan school support, oblivious to the ill effects on the education system as a whole, as among other things, the inequality in the system is worsened and the biblical saying, “To those who have shall be given, and from those who have not, even that which they have, shall be taken away”, is fulfilled.

Our educational institutions are fully focused on producing world-class sportsmen, come what may, while their mission of delivering quality education to all our children goes to hell, as they spout nice-sounding phrases like, “All children can learn, all children must learn”. The lopsided education system, which many refer to as apartheid, stumbles along.

The wholesale recruiting of footballers by our public schools was introduced to Jamaica by an Englishman who would not have dared to do so in England. Of course, our leadership swallowed the bait hook, line and sinker. England rejects such an approach, although having some of the most rabid, fanatical football supporters in the world. The unambiguous objective of their schools is to develop their citizens in the academic, technical and vocational spheres, and to play a leading role in their socialisation, since they fully understand that these are the variables that directly impact the power equation.

Since the overwhelming majority of Jamaica’s children are descendants of slaves, the racists are quite happy and more than willing to encourage and facilitate this misguided trajectory, the overindulgence of our schools in sports and entertainment, the wasting of our scarce educational resources in these areas, since these won’t at all disturb the power equation, the status quo. A who colt the game?

Jamaica is surely in dire need of great leadership in education at both the governmental and other levels.