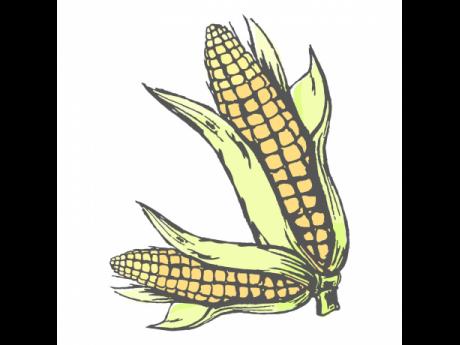 What do you call a pig that does karate? A pork chop. Why did the bike fall over? It was two tired. Why did the big-shot Tobagonian golfer bring two pairs of pants. In case he got a hole in one. Why shouldn’t you write with a broken pen? Because it...

What do you call a pig that does karate? A pork chop. Why did the bike fall over? It was two tired. Why did the big-shot Tobagonian golfer bring two pairs of pants. In case he got a hole in one. Why shouldn’t you write with a broken pen? Because it’s pointless. However, if you think I’m writing this article with a broken pen, I can tell you that, even though I have a baldpoint, it is just another example of the corny jokes that I chose to make a point that should gel with you. They are all ‘corny’ jokes and describe things that are worn out (like my children by my Pop-corn), tiresome (like the bike joke), overly sentimental, or a combination of all the other options. Now, let’s avoid the cornflict and corncentrate on something with which I corncur and, hopefully, will not be stepping on your corns.

The first thing you will learn is that most corn jokes are doubly corny, like “Two corns in a field were telling each other jokes. They were the laughing stalk of the others.” Our second corntestant is the story of two high-school graduates. I urge you not to start with any precornceptions and corncentrate. The first one revealed, “I’m planning on going into farming, it’s what my father does and he makes good money.” The second asked, “What type of farming? Wheat, corn, livestock?” The first replied, “I don’t know man, there are so many fields to choose from.” I am almost certain that I might be stepping on your corns as readers of serious stuff and I may have to suffer the cornsequences of my corntinuous lack of corncideration, but the final jokes are a cornsummation devoutly to be dished. “How much do pirates pay for corn?” A buccaneer. Now, the cornclusion, “Why can’t a farmer keep secrets on his farm? Because the corn has ears, the potatoes have eyes and the beanstalk.”

Now, before you discorntinue reading and demand why I am subjecting you to this incornsequential cornucopia, I want to assure you that I have a corncrete reason. I was born just days after the end of the Second World War and, because of the rationing of food, families in the sugar cane fields, not only in Trinidad, but throughout the Caribbean, grew their own survival rations. One of these in abundance was ‘corn’, a name which originally meant ‘sand’ and then amazingly replaced ‘maize’ as the generic word for ‘grain’ (wheat, barley, rye, etc). What gave the ‘corn’ its ‘ears’ was a painting in 1573 by artist Giuseppi Arcimbaldo titled ‘Summer’ which featured a bearded man with a cucumber nose, peapod lips, peach cheeks and an ‘ear’ of corn. By that time, corn from the Americas had reached Europe and even the most ‘earudite’ joined with the cornquistadores and uncornditionally accepted the corntradiciton in terms.

Rice, flour and even sugar were rationed and limited. My family used to grow corn and we roasted and boiled a lot of them to help us survive. When I left Central Trinidad and went to the town of Siparia in the deep south, my friends did not grow corn but knew where to find them. Unlike Little Bo Peep’s sheep, the corns were not left alone to bring their trails behind them. We recornnoitered and struck, going for the gold in particular.

I will start with a true cornfession. I call it ‘Corn With The Wind’. One day, while we had a serious card game called ‘Whappie’ going in the cornfield, the police struck. My friend Jimmy, faster than Canadian sprint star Andre de Grasse, hit the grass like a Bolt from Jamaica. We just saw the cornfield open and close. What I didn’t know is that Mr Shooy and his son Anton had got a head start and rushed to their nearby latrine, each trying to prove he was there first, otherwise engaged, and too busy for Whappie. Each of them was stripping off his pants while trying to push the other off the throne. “I was here fuss,” each shouted to the other. Unfortunately, the crudely built facility, made from pieces of wood stolen from the sawmill or thrown away on the road, had one bit of cedar wood that jutted beyond the boundary. Jimmy, running fast, frantic and frightened, hit the projection, toppled it and kept running even faster, this time more like a bolt from the blue than from Jamaica. In the meantime, the frail facility had fallen apart with father and son trying to avoid falling even further, deeper and wetter, but still quarrelling until the police arrived. They were eventually dragged into custody, but not without a few blows from the ‘bullpistles’ (tough, long whips made from bull penises) that were wielded with malice aforethought and afterthought by the cornstables.

There were many times when my cornfederates and I had our share of corn but eventually stopped because of our friend Carlie. One Emancipation holiday, we rampaged through a set of cornfields and emancipated 30 biggies. We had a big ‘pitchoil’ tin (the type in which ‘cooking oil’ came) filled with water, salt, pepper and chopped up onions for a contest on who could eat the most corn. Carlie ate 15 and wiped out the supplies before any of the rest of us could complete our second. He then said, “Fellers, I still hungry. Let us go back and get some more corn!” This was the last husk, straw and cob. It ended in a major row.

I remembered that row and my days of corn and conflict as I read Cornrows by lawyer, writer and artiste, Takudza Hillary Chiwanza of Zimbabwe. He wrote, “The history of slavery is filled with stories of momentous innovation and sheer resilience. One of these is how the slaves in Colombia devised ways to escape slavery through cornrows – a hairstyle resembling African pride and heritage. Cornrows, which have African origins, are now common all over the world. But this hairstyle is steeped in the history of rebellion and redemption.” He pointed out that the style of hair braiding very close to the scalp, or ‘Cornrows’, is also known as ‘cane rows’ in the Caribbean. Because cornrows are fashioned in neat linear rows, he explained, “they can also be created in intricate geometric and curving designs”. Where the cornrows proved to be efficient and life-saving was that they were used “to transfer and create maps with the intention to leave the home of captors”. Takudza Hillary ended with the cornrows upon rows of slaves which helped in the fight against slavery, “The legacies of colonialism resulted in African hair being despised. Modern black women are barraged with notions that depict their natural hair as inferior. Africans should stand tall and be proud of their hair, for it is enriched with the history of self-assertion.”

Tony Deyal was last seen repeating what one of the girls in his elementary school had asked the teacher, “Sir, how come you have an Emancipation day tomorrow and not an Ewoman-cipation day?” Send feedback to columns@gleanerjm.com