Nigel Clarke | Jamaica at 60 – taking responsibility for our vulnerabilities 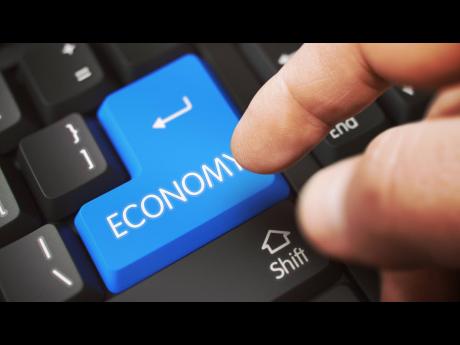 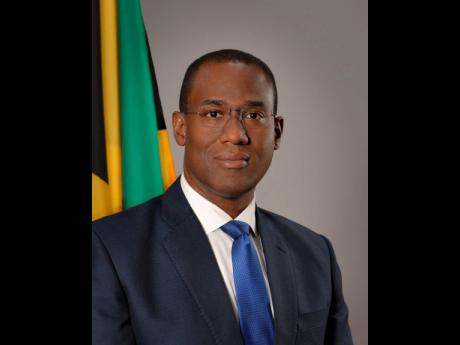 As we celebrate Jamaica 60, it is only fitting that we highlight our many achievements as a nation.

As one of the few countries on the planet to introduce and propagate a universally popular genre of music and one of a handful of nations to spawn a globally recognised religion, Jamaica has an authentic and unique voice in the world.

However, it is also a useful time to reflect on key development lessons from our journey thus far. Despite our many achievements as a country, it is widely acknowledged that our economic development has lagged.

As the IMF noted in its Article IV Consultation published in February 2022, Jamaica’s real per capita GDP, or average income per person adjusted for inflation, is “20 per cent less today than it was in 1970”.

Domestic policy choices explain much of our underperformance. But this is not the complete picture.

We often describe economic data using common statistical measures such as “mean” or “average” and “standard deviation” or “volatility”. In commenting on our economy, we most often use the average, for example, “The average growth over the last 50 years was one per cent”.

Arguably a far more consequential measure that captures the constraints on the pace of development is the level of volatility associated with that growth.

Economic volatility measures the frequency of the turnover between growth and decline, or in other words, how often we walk forwards only to walk backwards again in quick succession.

Jamaica’s 60 years of independence have been characterised by profound levels of economic volatility which has interrupted, delayed, and sometimes reversed our human, social, and physical development. Furthermore, exogenous economic shocks have both initiated and compounded economic volatility.

Here is the bad news: these adverse events and economic shocks will continue to punctuate time. We cannot control them. We cannot stop them. But we cannot leave our social and economic development hostage to these events. We have to take the exogenous realities we cannot change as given and build and maintain robustness and resilience in our economic arrangements.

If we are seriously committed to improving our development prospects over the next 60 years, it is a given that we will have to dramatically reduce economic volatility. To do so, we must internalise that economic volatility is fertile in a land that is vulnerable to exogenous economic shocks.

To reduce economic volatility, therefore, we must take responsibility for, and with, a national, bipartisan focus and commitment to addressing our vulnerabilities.

Some of Jamaica’s historical and current economic vulnerabilities, which make us vulnerable to exogenous economic shocks, arise from the following:

• We are heavily dependent on food commodities imported from abroad.

• We have very high levels of debt, which make us vulnerable as it reduces fiscal flexibility in times of crisis and high interest costs crowd out social and growth inducing expenditure in normal times.

• We live in a climatic zone that is prone to experience hurricanes and tropical cyclones.

Securing our continuous development, with as little interruption or pause as possible, requires that we address these.

We must very rapidly diversify from fossil fuels as a source of energy. This is a national economic imperative. We can no longer leave ourselves open to the vagaries of global fossil fuel markets. If I can be permitted to say so, the recent adjustment to fiscal policy on electric vehicles and solar batteries along with the GOJ’s policy on renewables are therefore encouraging. However, the GOJ will likely need to consider further legislative or other means to quickly accelerate this transition.

We must climate-proof our economy and maintain a suite of risk transfer instruments that will provide liquid resources in the event of a natural disaster beyond a prescribed threshold.

And, we must continue to reduce our debt-GDP ratio consistent with our fiscal rules. For a small, open, and vulnerable economy, our debt is way too high and this compounds our fragility and imperils our development. There has been a national bipartisan consensus on this approach for over 10 years. This needs to continue. Given our realities, we have to always be prepared for the next crisis.

Jamaica’s recovery from the COVID-19 crisis began with 8.2 per cent growth in the 2021-22 fiscal year. Unemployment is at a historic low of six per cent and approximately 100,000 jobs have been restored and added. The pace of this recovery, thus far, represents a substantial positive change from our historical experience. It is possible that we could recover to pre-COVID levels of economic output by the end of 2023. This recovery matters and impacts lives daily.

Amid recovery, new clouds of global uncertainty are gathering. Historically high levels of global inflation exacerbated by the Russia-Ukraine war are inflicting local pain as prices move out of reach. Central banks around the world have raised interest rates and tightened financial conditions to ensure that high inflation does not become entrenched.

This has led to a decline in bond prices and an increase in interest rates for mortgages and car loans around the world, including Jamaica. This is a source of discomfort and discontent. The GOJ has committed approximately $7 billion of expenditure, above and beyond amounts ordinarily budgeted for social protection, and has targeted this expenditure at vulnerable segments of population who are most impacted by the inflation crisis.

After this crisis passes, the developed world will return to low inflation. Jamaica cannot afford to be still stuck with high inflation when this time comes. The Bank of Jamaica has communicated that it is acting today with a time horizon beyond the next 18 months which is already set with respect to inflation. The actions today are necessary to reduce our future vulnerability.

There is concern, and some evidence, that the trade-off between the response to inflation and growth will tip some large economies into recession. This would be yet another exogenous economic shock for Jamaica. We have to be prepared for that too.

Taking responsibility for our vulnerabilities is an organising principle we take seriously. As such we will continue to pursue a path that keeps Jamaica resilient, robust, and strong so that our human, social, and physical development can advance even amid exogenous economic shock.

Dr Nigel Clarke is minister of finance and the public service and member of parliament for St Andrew North West. Send feedback to opedjamaica@gmail.com.