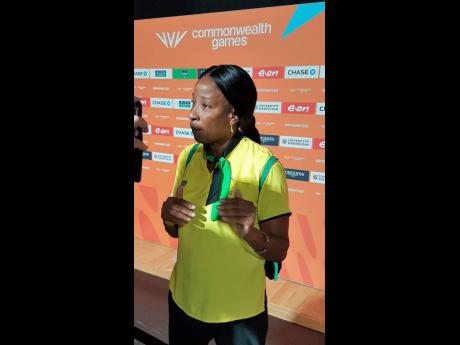 Ms Connie Francis commands our congratulations and respect for something as equally as profound as her stellar performances on the courts during her playing days and her achievements as head coach of the national netball team.

Connie Francis deserves the congratulations and respect of all Jamaicans. She has them unreservedly from this newspaper. Which is why we hope that Ms Francis is not being pressured by Netball Jamaica to stay on as head coach of the national netball team. If she is, she must firmly decline. For herself and for Jamaica.

Ms Francis steered the Jamaican netball team to the silver medal at the recently concluded Commonwealth Games, coming second to Australia. It was the highest placement for Jamaica in these games, at which the major netball countries are represented. Indeed, before the competition in Birmingham, England, Ms Francis had kept Jamaica in the top four of the world’s netball-playing nations.

But Ms Francis, however, commands our congratulations and respect for something as equally as profound as her stellar performances on the courts during her playing days and her achievements as the coach. She joined a growing, though still small, list of elite athletes who are removing the shroud from mental health, thus making it a subject that, increasingly, can be talked about openly and frankly.

In the aftermath of the Commonwealth Games, Ms Francis announced that, despite still having more than a year on her contract, and the Netball World Cup next year, she wanted time away from the game to recuperate from the stresses of being the national coach and to regain her mental balance. There have been voices suggesting that, being on a roll, she should stay. There have been calls for Netball Jamaica, the game’s governing body, to persuade her to remain.

That would be in nobody’s interest – and certainly not in Ms Francis’. Indeed, Connie Francis eloquently articulated why she should go – becoming the island’s first Jamaican athlete, or administrator, to frontally and honestly address the issue of mental health in sports. In the process, she has done a great service for people who suffer from mental illnesses and those who advocate on their behalf.

“There is a lot of talk about mental issues, and I can tell you it is real in my world,” she told this newspaper. “A lot of times I am so down, but my sister, Dawn Francis, she’s a rock behind who I am, and she inspires me to be the best and to do the things that I love – and I love netball.

“But it comes down to mental issues, and I don’t think that it would be fair of me to be unstable and coaching our national team. So it is about taking a break and about re-assessing myself.”

She has also talked about working through her health issues with her family and doctors.

Whatever the diagnosis, or the name given to the specific challenges being faced by Ms Francis, she is far from unique in the world, or in Jamaica. The World Health Organization’s (WHO) mental health report for 2022, but based on 2019 data, showed that 970 million people globally, or one in eight (13 per cent) of the world’s population lived with some form of mental health disorder. Over half (52.4 per cent) of the sufferers were female.

There are no specific COVID-related mental health figures for Jamaica. Anecdotal information, however, strongly suggests that anxiety and depression have been on the rise, especially among the very young and the elderly. Outside of the COVID-19 issues, the island’s health ministry estimated that up to 25 per cent, or one in four Jamaicans will also, at some point in their lives, suffer from a form of mental health issue.

Other studies have put the figure as high as 40 per cent. Either way, the number is substantially higher than the global average. By two or three times, approximately.

Unlike Connie Francis, who has Dawn Francis as “a rock behind me”, relatively few Jamaicans who face mental health challenges can count on family support if, or when, they “crack under the pressure” of being a sport coach, a worker, or any of the other things in life that may impair a person’s mental health.

Indeed, only last week Diana Thorburn, the chairman of Bellevue, Jamaica’s sole psychiatric hospital, lamented that the institution had around 400 long-stay ‘patients’, who have been discharged – some years ago – but were still at the institution because they have nowhere to go. One of the reasons for this is that family members do not believe they can take care of these people. But the greater likelihood is that the stigma and discrimination that often attended mental illness keep families at bay.

So, when a clearly lucid, talented and accomplished person like Connie Francis speaks out about her own challenges, it helps to bring mental health into the mainstream of health. And, hopefully, it chips away at the stigma of mental health challenges.

Jamaica needs more Connie Francises – especially from among the 25 per cent or 40 percent of us who have mental health issues, yet perform at high levels and have recognisable and effective voices.