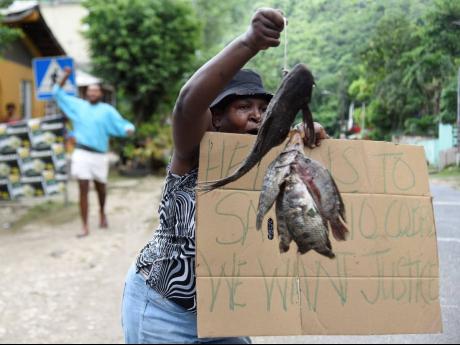 It would not be efficient for every different portfolio (like labour and youth) to be regulated in a stand-alone ministry with its own minister and parliamentary secretary; the Cabinet would be huge! The Jamaican Constitution allows the prime minister to combine portfolios into a hopefully small number of government ministries for economy and convenience.

Certain portfolios should never be together in the same ministry. We have learnt that justice and national security must be separated because sometimes the security forces break the law, and the same minister will find himself taking action against himself. It was a good decision some years ago to separate them.

It seems to me that labour and the public service are natural bedfellows, along with social security. Why not put poor relief with finance if you really want to help the poor? Maybe the alleviation of poverty is not that important.

The portfolio of the environment is a relatively new one; it did not exist in the Independence Cabinet, and Jamaica did not have an environment protection or regulation agency until donor governments and agencies required us to create one before they would give or lend us money for anything to do with infrastructure or national development.

But we have never been comfortable with it. We created the Natural Resources Conservation Authority (NRCA) and a Ministry of the Environment to oversee it, but then we placed the environment portfolio in a series of unholy marriages that resulted in profound conflicts of interest. A memorable one is with ‘health’. It worked well until the non-functioning sewerage plant at the Spanish Town Hospital polluted the Rio Cobre, forcing the environment part of the ministry put a stop order on the health part of the ministry (the permanent secretary issued the stop order on himself). The conflicted minister – Dr Peter Phillips – rescinded the order, and the pollution continued.

Another memorable mismatch was ‘environment and housing’ under Easton Douglas. Aside from the plan to build upscale housing in Hope Gardens (after much resistance they eventually built in a watershed reserve on Long Mountain), the real debacle was the housing estate built in Kennedy Grove, Clarendon. The environment part of the ministry required an Environmental Impact Assessment (EIA) before the houses could be built, but the conflicted minister waived the requirement. It turns out that the property flooded seasonally, which an EIA would have revealed; after the first heavy rains several homes were covered to the eaves, and many of the others were marooned! I have photos to prove it! Such a debacle was entirely predictable!

The second scandal is placing the NRCA in a compromised position in a ministry where economic growth and job creation will always trump the health of the natural environment. Because of the inherent profound conflict of interest, industries like manufacturing and tourism, and mining and refining will always come before protecting mangroves and rivers and wildlife and natural forests and coral reefs.

Sustainable development – where economic growth takes place without environmental degradation – has been the mantra of every government, and part of every party election manifesto since the 1970s. Either they don’t understand the concept, or they really don’t believe in it, for governments of both parties do the exact opposite.

Mining by definition is unsustainable, yet I heard the minister of mining last week speak of “sustainable mining”; the minister should fire his speech-writers for putting such profound rubbish in his mouth!

Despite the Government of Jamaica promising that “there will be no mining in the Cockpit Country”, mining has only been excluded from a small area where there is little bauxite anyway. Despite protests from environmental activists, they have been allowed to get away with this breach of promise.

The recent fish kill in the Rio Cobre – a not unusual or infrequent occurrence – is another case in point. The Government gives mining licences and permits to refine bauxite in the name of economic growth; but there is precious little enforcement when the foreign companies breach the conditions of those licences and permits. They can continue to operate while they drag out their appeal, and get little more than a slap on the wrist if found guilty. Any fines they may pay or performance bonds they may forfeit are small relative to the profits they make. These mining companies get away with murder! The GDP numbers grow, but environmental degradation advances.

If Jamaica was earning millions and billions in exchange for the decimation of our forests and wildlife, and the displacement of rural communities, that would be one thing; but Jamaica earns so little from mining; remember, we no longer collect the bauxite levy! I am sure somebody benefits, otherwise they would not be allowed to operate. I wish contributions to our political parties were made in the transparent glare of the public eye!

The NRCA should return to the Ministry of the Environment, which should stand alone, unconflicted. It should include fisheries and forestry management (to go with management of the coastal zone and watersheds which it already has), which now lie with agriculture.

Corruption has many faces, some of which are conflicts of interest, which – make no mistake – are in someone’s interest.

Peter Espeut is an environment and development scientist. Send feedback to columns@gleanerjm.com.