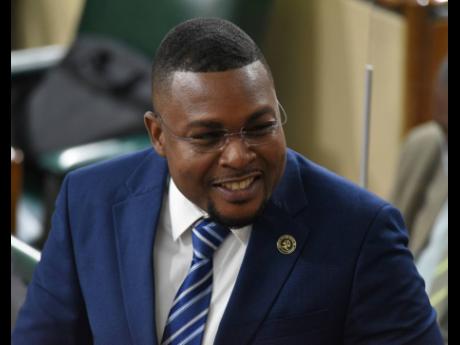 The three individuals or companies who agreed to the disclosure that they helped to pay the public relations bill for Kamina Johnson Smith’s run for Commonwealth secretary general’s post get it. Robert Nesta Morgan, the de facto information minister, does not. He still struggles, apparently, with the idea of transparency in Government and why that is a good thing. Which does not augur well for Jamaica.

Ms Johnson Smith is a member of the Senate. She is also Jamaica’s foreign minister. Earlier this year she made a controversial, but unsuccessful, bid to unseat Baroness Patricia Scotland for the Commonwealth’s top post. Her candidacy was not a private whim. It had the full-throated support of the Jamaican Government, which spent nearly J$26 million on the campaign. That, though, was not the full cost of the effort.

Ms Johnson Smith had help with her imaging and communication strategies from the US public relations company Finn Partners, which, in the past, held Jamaica tourism’s PR account. Jamaicans became aware of the Johnson Smith contract because under America’s Foreign Agents Registration Act (FARA), Finn was obligated to report the arrangement to the US government, which routinely makes this information public.

America has this law, as its Justice Department explains, because it “helps the American people and their elected officials to understand who is really behind” efforts to influence US domestic and foreign policy, and issues related thereto. It is the same principle that is in play when America requires transparency in who donates to the country’s political parties and candidates, and their campaigns.

Put differently, while listening to the tune, Americans have a right to know, broadly, who is paying the piper – and how much.

With respect to the Finn Partners contract, Jamaicans, until this week, did not know who paid the J$15 million, except that it was not the Government, but private-sector interests. When that basic bit of information was released last month, the Government did not name the private-sector interests involved, because, Mr Morgan said at the time, they did not want their names to be made public.

However, in answering questions in Parliament on Tuesday, Mr Morgan reported that three of the individuals and entities involved had now given permission for their names to be disclosed: the conglomerates, GraceKennedy and Musson Group, and Keith Duncan, the CEO of the JMMB Group, who contributed in his personal capacity. GraceKennedy and JMMB are public companies. While Musson is privately held, it has listed subsidiaries. Apparently, three other companies and/or individuals have not permitted themselves to be identified.

In making the disclosure, Mr Morgan said: “I am kinda disappointed because a lot of these persons participated because they believed, not in the Government, not in Kamina Johnson Smith, but they believed that Jamaica’s candidature could bring significant benefits to the country.

“I suspect that all of them are saying to themselves: ‘Why would we want to get into this controversy, where we are legitimate businesses and individuals? We have contributed to opposition conferences and opposition activities and government activities, and in this case, we are being dragged through the coals’.”

Clearly, Mr Morgan misses the point and has lost the plot. It is precisely because Ms Johnson Smith is not a private citizen who was on a frolic of her own, but a public official acting in the name of Jamaica, that who paid the Finn Partners bill, or which company received the local portion of the public relations contract, is of legitimate public interest and ought to be recognised as such. The money spent on her campaign that came from the Consolidated Fund belonged to Jamaica’s taxpayers.

As discomfited as Mr Morgan suggested they may be, the matter is beyond the feeling or intentions of Mr Duncan, and Don Wehby and P.B. Scott, the bosses, respectively, of GraceKennedy and Musson, even if no one questions the nobility of their actions. Rather it is about openness, good governance and the trust people repose in their government. Transparency provides assurance that special interests and undesirable elements, who have deep pockets, are unable to secretly pay for control of public policy.

In this regard, Mr Morgan might recall these facts: over 70 per cent of Jamaicans believe they live in a very corrupt country; just shy of half has no trust in Parliament and believes that the majority, or all politicians, are corrupt. While 57 per cent say they support democracy, 46 per cent would tolerate a military coup if it was posited as an antidote to corruption.

Already, some donations have to be reported to the Election Commission of Jamaica, as well as Government contracts that donors receive up to two years before or after their contributions. Some firms have, however, gone further and publicly reported their contributions. That should be the law, rather than being dependent on the grace and decency of donors.