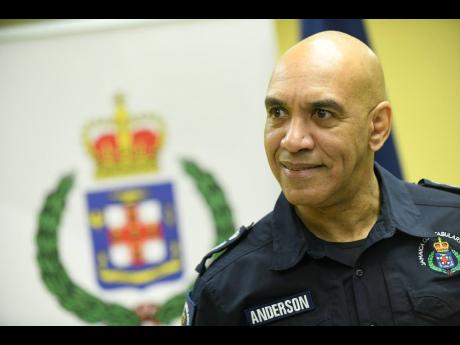 It would be irresponsible of Antony Anderson, the police commissioner, if he maintained a public silence on his boss Horace Chang’s encouragement of a shoot-to-kill, take-no-prisoners approach by police officers in confrontations with criminals. Indeed, he is obliged to indicate whether he supports Dr Chang’s informal directive and if it supersedes the constabulary’s use-of-force policy.

At the same time, it would be dangerous to see Dr Chang’s remarks as being of little consequence – merely deflective red meat to the base from a national security minister grappling for solutions to Jamaica’s crime problem and wishing also to assuage a police force restive over pay. Many in the constabulary will, with cause, interpret the statement as an invitation to impunity.

The notion of so-called ‘hard policing’ has long held sway among Jamaica’s policy officials, which is well rooted in the Jamaica Constabulary Force’s (JCF) creation as a paramilitary institution. Its premise was supported for decades by laws like the now-repealed Suppression of Crime Act, which gave the constabulary wide powers of search and arrest, leading, experts say, to the diminishing of the JCF’s investigative capabilities.

Tolerance of this kind of policing has been justified by Jamaica’s problem with criminal violence – more than 1,000 murders a year and a homicide rate of 50 per 100,000. One of the consequences has been Jamaica’s high levels of police homicides, which averaged over 300 a year in the 1980s, until the numbers began to decline appreciably after the 2010 launch of the Independent Commission of Investigations (INDECOM), an agency that investigates complaints against the security forces. There were 127 police homicides last year, but the number fell as low as 86 in 2019. Many police killings, especially in the pre-INDECOM period, were believed to be extrajudicial. That charge is also often levelled by human-rights campaigners.

It is these tendencies that Dr Chang seemingly attempted to channel in his remarks at a groundbreaking ceremony for a new police station at Frome, in Jamaica’s westernmost parish of Westmoreland.

“Any time a man takes up a gun after a police officer, I expect Commissioner [Anderson] to train them [so that] when him fire, he must not miss,” Dr Chang, a physician by training, said. “There may be fatal shootings because man shoots guns after them. I [am] not telling any policeman not to fire back, and I said it here in Westmoreland. I am not sending any ambulance out there, either.”

Added the minister: “I don’t want him (the alleged criminal) to come give any trouble to the hospital. I am not in that business. You go to hospital, it costs us $10 million to save him life. I am not into that. When criminal see police come, he must surrender.”

Beyond the question of whether Dr Chang swore, or retains allegiance to the Hippocratic Oath, the minister’s statement – despite its loopholes for plausible deniability – was way beyond a dog whistle. Which raises the issue of where the minister, Commissioner Anderson, and the constabulary in general stand on the police’s existing use-of-force policy.

That policy constrains police officers to use only the “amount of force that is strictly necessary, given the facts on the ground … to briefing an incident under control”. In other words, while it is understood that officers may have to use their firearms in protection of their own lives and the lives of others, there is an expectation that the employment of deadly weapons will be eminently justifiable. Additionally, the policy obligates officers to obtain medical assistance for “any person(s) who has sustained visible injury, expressed complaint of pain, or who has been rendered unconscious”.

Respecting the rights of individuals who have been accused of a criminal behaviour, even of the most heinous crimes, is not being soft on crime or on criminals. Rather, it is protecting the rights all individuals that are promised in a liberal democracy – and specifically in Jamaica’s Constitution. It is always mind-boggling that the people who are quick to surrender rights tend to do so not on behalf of themselves, but usually for people who they perceive as other – whether in class, caste, economic or social status, or race. They assume that they will be ring-fenced from the forfeiture.

That usually is a fallacy. In which event we are reminded of Argentina’s dirty war of the 1970s and the 1980s. The military junta ‘disappearing’ leftwing activists. That was tolerated. Then student activists began to disappear. And campaigners for democracy. Then the mothers of the ‘disappeared’, who wanted to find their children.

Soon, anyone could disappear. The Argentine military and its security apparatus behaved in impunity until it collapsed. Happily, Jamaica is not on that trajectory. Hopefully, we will never head there. But liberal democracies, within whose ranks Jamaica aspires to ascend, demand the utmost respect for the rights and freedoms guaranteed by their systems and constitutions and adherence to which is part of the solution to Jamaica’s crisis of crime.

Everyone must have not an expectation, but a guarantee, of equal treatment under the law. That insists on a law-enforcement and justice system that is efficient, transparent, and not constrained by corruption. Which means that Dr Chang was barking up the wrong tree. Commissioner Anderson has a responsibility to tell him. He must certainly tell Jamaica how he has advised the men and women who are accountable to him.