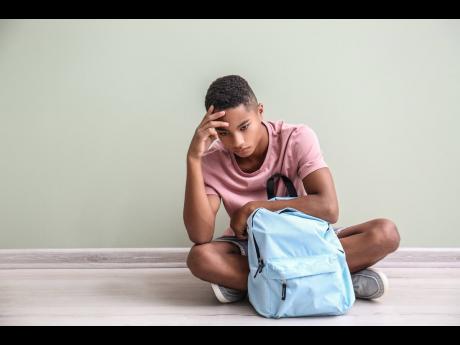 iphotos
Trauma may not only result from family dysfunction, but also from events or situations that negatively affect entire communities, countries, or persons of certain ethnicities.

The process is set in motion when severe and, often, ongoing trauma is experienced. The trauma may occur in adulthood, but is more frequently experienced when someone is exposed to adverse childhood experiences (ACEs). These experiences include abuse (physical, emotional and/or sexual), neglect (physical and/or emotional), and exposure to dysfunction and painful situations such as domestic violence, drug abuse, mental illness, divorce or separation, having a family member being incarcerated, death of a parent, bullying, racism, community violence, war, genocide, human trafficking, enslavement, poverty, famine, extreme hunger and homelessness, among other scenarios. Survivors of these types of trauma often display maladaptive behaviours. If they have children, or adopt, foster or are guardians to children, and the youngsters are exposed to the dysfunctional behaviours, they too may be affected. When they grow up, they may traumatise their children, and in this way, the cycle of dysfunction initiated by trauma-inflicted generations ago is perpetuated.

From the list above, it is apparent that trauma may not only result from family dysfunction, but also from events or situations that negatively affect entire communities, countries, or persons of certain ethnicities. Unsurprisingly, this type of trauma has been observed and documented in descendants of survivors of the transatlantic slave trade and the Holocaust, and other genocides.

Epigenetics is the study of how our genetic material is manifested in us. In addition to the behaviours of our parents and guardians affecting us, it is thought that there is also a genetic component to the transmission and perpetuation of this type of trauma. We have more than 25,000 genes in our DNA, influencing how we look and behave and which diseases we are predisposed to. Many in this field have found evidence that trauma can affect how some genes are expressed, influencing our behaviour and increasing our risk of developing certain diseases. So, even if you were adopted, never found out, and grew up in a loving and nurturing family, the trauma of your ancestors may still adversely affect you.

Persons affected by intergenerational trauma often live in a state of ‘survival mode’. This mode occurs as a result of a physiological response to stressful stimuli. When exposed to these stimuli, stress hormones are released in our bodies, and our stress-response systems become activated, preparing us to combat danger. This response is often referred to as the ‘fight, flight, freeze or fawn response’. By responding in these ways, we may be able to manage dangerous situations that threaten us and avoid harm. For example, if you feel you can overpower whatever endangers you, you may choose to fight. If you feel unable to, you may opt to run away to escape the threat. Alternatively, you may feel unable to fight or run, so you freeze. Or, to avoid conflict, you may fawn over those who threaten to harm you. These responses may increase your chances of survival in the short term, but long term may be maladaptive and harmful. For example, being aggressive and choosing to fight at the first sign of perceived danger physically may cause you to get harmed or lead to you injuring others.

An example of how intergenerational trauma can play out:

A little boy grows up with two aggressive and dysfunctional parents, who display those negative traits due to their traumatic childhood experiences. His father was abandoned by his mother in infancy, and his stepmother was physically and emotionally abusive to him. The boy’s mother is a survivor of childhood sexual molestation by her father, suffers from chronic depression, and abuses alcohol. The boy grows up seeing his father beat his mother. Then, in adolescence, he discovers the man he grew up knowing as his father is not his biological father, that his mother had deceived him and her spouse, and that by doing so she denied him a relationship with his biological father, who had since died. In addition, due to their torment and poor anger management skills, they would beat the child severely as punishment for even minor infractions.

Then, when the little boy attains adulthood, he is in a relationship with a woman. The exposure to violence as a child, both witnessing and experiencing it, and the resentment toward his parents predisposes him to a violent temperament and a distrust of women. He ends up beating his spouse, sometimes in front of their children, traumatising them. When they, in turn, grow up, their hostile home environment may take a toll on them, negatively impacting their parenting styles if they have children. And so, the cycle continues, set in motion by the actions of their great-grandparents (who were probably traumatised themselves), who traumatised their grandparents, who traumatised their parents, who, in turn, traumatised them.

So, our family histories are of importance to us. By acknowledging the existence of intergenerational trauma and understanding its effects and how it is perpetuated, we can address our maladaptive behaviours and break the cycles of dysfunction.