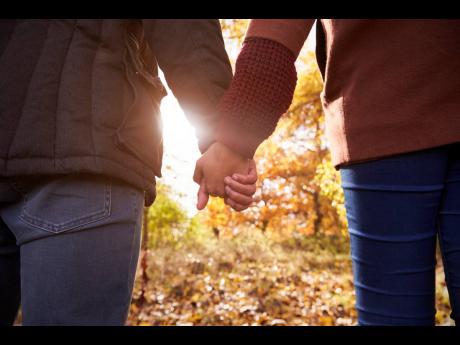 At time of writing, last week’s column attracted 58 online comments. A friend reminded me that I must expect that level of response when I write about homosexuality, a topic that stirs much passion – for and against – in Jamaica.

The Gleaner publishes aggressive editorials advocating for the normalisation of homosexuality – like on September 4 last when this newspaper called on the Andrew Holness government to “assume the moral high ground of explaining to Jamaicans why the law against buggery is an assault of the individual’s right to privacy and, therefore, inimical to the interest of all of us”.

My column last week challenged The Gleaner’s legal and constitutional argument that the “right to privacy” by itself justifies the legality and morality of acts committed in private – in the bedroom or elsewhere.

I made it clear that I believe that argument to be foolish! Last week I said, “No sphere of human activity – not the bedroom, the boardroom, the prayer room nor the cabinet room – is exempt from moral and legal analysis”. I suggested that The Gleaner’s spurious argument as stated would legitimise any act committed in private, and in a poor attempt at satire I chose scamming as an example. It was, of course, a poor choice, for all the reasons advanced by some of my commentators, which, of course, I agree with wholeheartedly. No activity – neither scamming nor homosexuality – can be justified solely on the grounds that it is done in private.

I am surprised that learned counsel (and erstwhile schoolmate) Gordon Robinson – who is a much better satirist than I – did not catch my drift in his column ‘Squamos cell analogy’ (October 4). I was not making an analogy between private sex and scamming, but trying argumentum ad absurdum against The Gleaner editorial’s moral dictum on the “right to privacy”. Brother Gordon expends column inches rubbishing any similarity between private sex and scamming, missing my point entirely, which I admit, was badly made. So my attempt at satire failed!

Some of my commentators used a better example, which I should have thought of: incest between consenting adults in the privacy of their bedrooms. Because two adults consent to something (even sex) cannot by itself justify that something. Other considerations come into play, like psychological damage, the possibility of genetic abnormalities, the health of the family, and the intrinsic quality of the action itself. From the comments posted, it is clear that many Jamaicans have the ability to reason through simple and complex moral issues, discerning which principles are valid in coming to sound ethical decisions. Others remain at the level of empty sloganeering (right to privacy, right to choose, own body, who to love, privacy of bedroom) etc.

I wonder whether some of those who made online comments actually read my column to the end; some sounded like they really thought I was trying to legitimise scamming, despite my clear condemnation! I always tell my students: read the whole examination question to the end – and analyse it to understand it – before you start to answer. Comprehension has always been a problem in our education system. Sometimes we do a lot of talking AT each other, but we don’t really listen to or understand what the other is saying.

Some blame the prevalence of violent crime in Jamaica on poor or no parenting, and the lack of sound family values; I believe that there is a lot of truth in this observation. Are these the same people who lobby hard for the normalisation of buggery and same-sex relationships? Can sexual permissiveness in heterosexual or same-sex relationships take us to where we want to go as a nation? And what of the values of self-control, faithfulness and commitment? We should not divorce LGBT advocacy from the wider issues of human development and nation-building. Just because we have urges, and feel to do something – whether in public or in private – should not mean that they are natural, wholesome or positive, and that we should satisfy those urges.

Clearly, in Jamaica we have a problem in sexual matters. Our high rates of teen pregnancy, incest, rape, and sexual abuse suggest that the operative sexual values are “anything goes with whoever, wherever”. “If it feels good, do it!”. “Do it till you’re satisfied”. We are more prepared to openly call for an “anything goes” policy with respect to school uniforms than with sexual activity, although by our silence we clearly support the latter. Supporting abortion as a means of birth control encourages irresponsible sexual activity.

I would like to encourage my fellow Jamaicans to think through these issues carefully, bearing in mind the serious social ills we face. Don’t just think of what you like to do or would like to do. Think of how society should be engineered to produce well-socialised and balanced members of society, supporting sustainable development and fighting corruption; and to reduce gangs, violence, sexual abuse, and early pregnancy.

Learned counsel often speaks affectionately of his “ball and chain”, and thereby of the values he holds dear. I would be interested in his take on how far he believes the constitutional “right to privacy” should take us, and what sort of jurisprudence he favours.