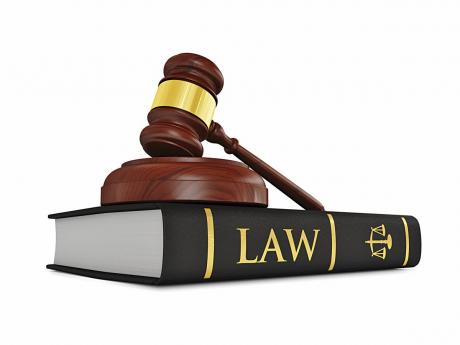 Danger of further mental slavery by British Law Lords forced yet another serious Tuesday column. In deciding whether a lawyer’s files containing matters pre-dating the new Proceeds of Crime Act (POCA) can be seized and searched by police, Privy Council (PC) conducted a tedious, irrelevant exercise researching whether crimes and penalties under the repealed Money Laundering Act (MLA) were ‘saved’ by the Interpretation Act.

That Act provides any repeal “shall not affect any investigation, legal proceedings, or remedy, in respect of any … liability, penalty, fine, forfeiture, or punishment [incurred in respect of any offence committed against any enactment so repealed]”.

Gotcha! MLA repeal can’t give any pre-repeal offender a free pass. But what has THAT got to do with the price of wheat in Ukraine?

“On 16 December 2013, McDonald-Bishop J granted the search and seizure warrant …. It was stated in the warrant that the judge had reasonable cause to believe seizure of the material at the designated places would assist in the investigation of offences under sections 92(1)(a), 92(1)(b) and 93(1) of POCA.”

The warrant made zero reference to MLA. But that didn’t deter their Lordships from querying whether material pre-dating POCA can be used to investigate alleged POCA crimes. At paragraph 49, Law Lords harped on POCA’s inability to repeal investigations of or penalties for crimes committed under MLA.

But crimes committed under MLA weren’t the warrant’s stated purpose.

They drearily examined NEW offences created by POCA to come to the ‘Columbusian’ conclusion that “(a) for a substantive offence of money laundering to be committed there must be a predicate offence …. which generates the criminal property concerned; (b) for a prosecution for a substantive money-laundering offence to succeed under POCA the Crown [Sigh, hope DPP is getting Netflix royalties] must prove such a predicate offence was committed….”

Okaaaay. Criminal property can’t be acquired before the offence that garners the funds to acquire it. But “the Crown” provided detailed affidavits (which the warrant-issuing Judge saw) establishing the principal defendants had no legitimate means to acquire the assets, and at least one of them had a drug conviction in USA. How much more “predicate” do you need? However colonial semantics are used to amend Jamaican law, the lawyer’s alleged offence is committed in the Conveyancing, NOT in any of the principal offender’s alleged prior offences. So why seize her pre- POCA material?

That wasn’t the warrant’s stated purpose!

Thereafter, PC weaved a tangled web around requirements for “reasonable grounds for believing that the material is likely to be of substantial value to the investigation for the purposes of which the order is sought … and it’s in the public interest for the material to be produced….”.

In a list of reasons why it felt the material would be of “substantial value”, PC went through a litany of police wants and needs without once considering relevance. It was almost as if these Judges were programmed by a country without a written Constitution that imposed a police state on Ireland and slavery and colonialism on a multitude of non-white nations.

Balance, schmalance! The concept of “demonstrably justified in a free and democratic society” clearly didn’t detain the Law Lords. You soon hear SOEs are ‘necessary’ to ‘prevent crime’ so must over-ride our constitutional rights. Watch for it!

The lawyer wasn’t under investigation for any prior offence; the principal accused was already convicted of one; his property forfeited; and the warrant did NOT refer to any MLA offence. How on earth can seizure of pre- POCA files be “necessary”?

The good news for lawyers generally is, this search and seizure was targeted, whilst unconstitutional (in my opinion) POCA provisions requiring lawyers to perform joint operations with police against their clients (soon to be similarly, colonially vetted) are net-fishing exercises designed to capture and destroy legal professional privilege. Will PC again tell Jamaican Appeal Court Judges they don’t know Jamaican law?