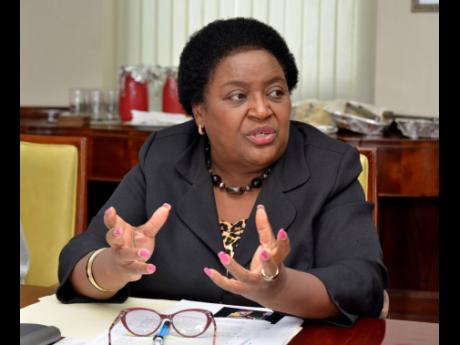 It does not require too much reading between the lines to discern that the Government is wavering between allowing the Office of the Political Ombudsman to lapse and making it an ill-defined appendage of the Electoral Commission of Jamaica (ECJ).

This newspaper thinks that neither should happen. But before the Holness administration decides, the matter should be subjected to serious review by a joint select committee of Parliament, which should invite submissions, including oral testimony, from civil society organisations and other interested groups.

It is unfortunate that if our suggestion is accepted, the hearings will likely happen without a sitting ombudsman, given the Government’s inelegant handling of the exit of Donna Parchment Brown, whose seven-year tenure was allowed to expire last week without any signal from the administration of what it intended to happen next. But for a report by this newspaper, Ms Parchment Brown and her office might have faded into nothingness. Legislators, to whom the political ombudsman is ultimately accountable, and citizens, to whom parliamentarians answer, deserved better.

The political ombudsman, which has existed in its current form for two decades, is an independent commission of Parliament.

The ombudsman’s job is to investigate, and pronounce on, the actions or behaviour of political parties, politicians and/or their supporters who breach agreed-on codes of conduct, or are “likely to prejudice good relations between the supporters of various political parties”.

NO POWERS OF SANCTION

The ombudsman has no powers of sanction. She merely asks the subjects of her office’s findings to comply with its recommendations. She may also recommend to political leaders that the recalcitrants be made to comply. Without coercive powers, the authority of the office rests, fundamentally, on a moral force, which circumstances make difficult to sustain and to exert.

Indeed, as Dr Horace Chang, the national security minister and general secretary of the governing Jamaica Labour Party (JLP), observed last week, tension between the island’s political parties has dissipated substantially since the 1970s and 1980s – the heyday of the left-right ideological divide. “The level of disputes to be mediated have significantly reduced … ,” Dr Chang said.

Additionally, there have been clear efforts by some politicians to weaken the authority of the ombudsman by ignoring the office’s rulings, or raising ostensibly serious questions about its relevance. It was cast, deliberately or otherwise, as a paper tiger.

Dr Chang, nonetheless, says that there is still a role for a political ombudsman, with which we agree. His preference, though, which is presumably also the thinking of the Cabinet, would be for an ombudsman subsumed in the ECJ – the agency that is in charge of the management of elections.

That is not a far-fetched idea. There are certain intersections between the work of the two bodies. Additionally, in the past, Ms Parchment Brown suggested that her powers should be expanded, allowing for the investigation of some issues that now go largely unaddressed – such as bribing voters, a crime under the Representation of the People Act. Moreover, when the public financing of election campaigns comes into force, the ombudsman will have to give good-conduct certificates to candidates and parties for them to claw back a portion of their election expenditure.

All this notwithstanding, this newspaper is circumspect about migrating the conduct of parties and candidates in campaigns to the ECJ, some of whose commissioners are appointed by the two main parties and coexist among the majority independent members.

The ECJ has evolved into a highly credible institution that focuses mainly on the technical aspects of elections, which over the past several decades have become globally recognised for their integrity. The ECJ should not be burdened with the adjudicating of querulous hustings and similar undertakings.

Further, in addition to ideas that will be brought before the select committee, The Gleaner, as it has before, proposes a restructured and renamed ombudsman as the appropriate body to provide oversight of the conduct of legislators.

The impeachment of parliamentarian bill, initially tabled by a JLP administration in 2010, but rejigged and re-tabled by Opposition Leader Mark Golding more than a year ago, calls legislators accused of breaches of conduct that might rise to a level for impeachment, to be first referred to Parliament’s ethics committee and, if a case is made, then referred to an impeachment tribunal.

A better option would be that the ombudsman, recast as the parliamentary and political conduct commissioner, accepts and independently investigates allegations, including whistle-blowers’ complaints, against legislators. The commission’s investigative findings would form the basis of the hearings by the ethics committee. The commission would also, among other things, police adherence to a parliamentary code of conduct, separate from the matters that fall within the purview of the Speaker of the House or the president of the Senate within the precincts of the legislature.