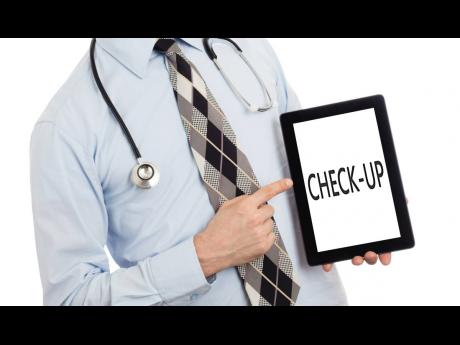 One of the greatest problems with getting patients to do what is necessary by way of investigations and/or intervention is fear.

The job of medical doctors is far more difficult than it appears. Aside from the very broad spectrum of problems that we see, we are also faced with several obstacles when trying to reduce the risk of disease, or adverse outcomes of diseases that may have already occurred.

One of the most astounding things that I encountered was at a surgical ward of a local hospital. A fairly young, male patient was admitted because he had a very large empyema in his right chest cavity. The huge collection of pus had developed after a bad bout of pneumonia. He had a high fever and was in distress. The collection of pus was so much that his right lung was almost totally obscured.

He was the second patient to be admitted for that condition; the first had already been treated and was about to be discharged for home. A minor procedure to place a chest tube (for drainage), along with antibiotics, and chest physical therapy were required to save his life. Surprisingly, he patently refused treatment, and wanted to ‘take his own discharge’.

In general, a mature adult with normal mental status cannot be prevented from leaving hospital. Nevertheless, I went to attempt to persuade him by pointing out the wonderful progress of the other patient who had the same condition. But he remained resolute. He was surrounded by family members and there was no changing his mind. After he left, the other patients told me that one of the so-called ‘family members’ was a woman known for practising obeah. I was incensed, because I knew that he signed his own death warrant when he chose obeah over a straightforward cure for his deadly condition.

Some patients insist that somebody “give them foot” when they develop a venous leg ulcer. Some claim that they were given “something to drink or eat” when they suffer stomach pain and indigestion. Some men insist that a jealous spouse “put something in his food” and caused him to lose his ‘nature’. There are innumerable instances of patients blaming the dark science for their medical or mental problems, and they end up seeking obeah men or women to counter the spell. Sadly for them, that solution to their problem never bears fruit.

Just recently, I saw a middle-age man who had a venous leg ulcer that was not being properly treated. I requested blood tests, a Doppler ultrasound of the veins in that leg, took a swab, prescribed the appropriate antibiotic and also prescribed products to clean and dress the ulcer. He needed to wrap the leg to compress the ulcer. Because he was recalcitrant about going through all that trouble, I sought permission to speak with his spouse by WhatsApp. His spouse forgot that she was on speaker phone, and I heard her tell him, “Don’t take what he prescribed, just use ‘paw-paw’.”

Although the papaya has its place in wound care, there was more to his problem than what papaya could do for him. Deflated, I wondered why he bothered coming to me, and why he wasted my time and effort. I made certain to document what had occurred, because I know that when his ulcer fails to heal, people will blame the doctor who saw him.

Several years ago, I was visiting with a family. They were my patients and the father had persistently uncontrolled type-2 insulin-dependent diabetes meletus. We were seated in the empty garage, and I heard someone behind me on the road ringing a bell. The severely diabetic father shouted, “Fudge!” in my presence. I was shocked. His wife then explained that he was not practising any lifestyle changes. Sadly, he suffered several renal, circulatory, and cardiovascular events, and died prematurely.

Other hurdles present themselves when trying to treat patients. Some prefer trying unproven alternative methods and home remedies for their maladies. They use Google as their medical guide, or laymen who know nothing about medical science, and the outcome is always disastrous. Sometimes the patients realise that things are not improving and return to their doctor in time to save themselves unnecessary suffering and even [premature] death.

Financial constraint is perhaps the saddest of all. I can’t believe that in this 21st-century world, filled with so much wealth distributed (albeit unevenly) across the globe, our fellow human beings are still suffering and dying from the lack of adequate investigation and care because they do not have the money to help themselves. All medical care that is needed to save lives should be free. But, over my more than four decades of practising medicine, I have seen innumerable patients languish and die horribly because they just can’t afford the care needed.

One of the greatest problems with getting patients to do what is necessary by way of investigations and/or intervention is fear. I freely admit that I never look forward to seeing any physician. But some patients experience so much fear of everything medical that they live in denial or go to great lengths to avoid anything to do with doctors, so they suffer needlessly and die prematurely.