Elizabeth Morgan | OACPS and Cuba: a clash of summits 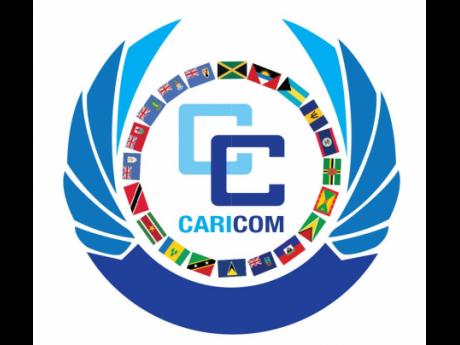 The member states of the Caribbean Community (CARICOM) and the Caribbean Forum (CARIFORUM) of the Organization of African, Caribbean and Pacific States (OACPS) have faced this week with a clash of summits.

The eighth CARICOM/Cuba meeting of Heads of State and Government was held in Barbados on Tuesday, December 6, to mark the 50th anniversary of the establishment in 1972 of diplomatic and economic relations between four Commonwealth Caribbean (CARIFTA) countries and Cuba.

The 10th meeting of OACPS Heads of State and Government also started in Luanda, Angola, on Tuesday.

Member states of CARICOM and Cuba are members of the CARIFORUM of the OACPS along with the Dominican Republic. Dr Carla Barnett is secretary general of both CARICOM and CARIFORUM.

The ninth Summit of the OACPS was held in Nairobi, Kenya, December 9-10, 2019. At the end of that summit, Angola offered to host the 10th session in 2022. The date was later set for December 6-10, 2022. The seventh CARICOM/Cuba Summit was held by videoconference on the designated date for CARICOM/Cuba Day, December 8, 2020, and the declaration gives the date of the next summit as December 8, 2023.

It seems, thereafter, it was noted that the 50th anniversary of CARICOM/Cuba relations would fall in 2022 and the date of the summit was adjusted, finally becoming December 6, instead of the usual CARICOM/Cuba Day, December 8. They would have needed to determine how to accommodate the OACPS Summit. Just one of the challenges in international relations – scheduling meetings.

Given the importance attached to CARICOM’s relationship with Cuba, most CARICOM heads opted to attend the CARICOM/Cuba Summit hosted by Prime Minister Mia Mottley in Barbados. The President of Cuba, Miguel Diaz-Canel, was in attendance, and also used the opportunity to pay state visits to Barbados, Grenada and St Vincent and the Grenadines. Those CARICOM heads not attending would likely include Prime Minister Roosevelt Skerrit of Dominica involved in general elections in his country on December 6, Prime Minister Andrew Holness of Jamaica, and the acting president of Haiti with his own challenges.

The CARICOM/Cuba Summit, though short, was expected to cover trade, health, agriculture and food security, climate change, among other issues. Cuba has been an important partner for CARICOM countries in health and education. Although there is a CARICOM/Cuba Trade and Economic Cooperation Agreement, trade has not flourished between CARICOM countries and Cuba. Available trade statistics show CARICOM countries exporting goods valued at US$27.2 million to Cuba in 2019 and importing US$9.7 million, while in 2021, exports were US$6.4 million and imports US$586,000. CARICOM has a surplus with Cuba.

There is no indication of the value of any trade in services. In any case, Cuba is a Spanish-speaking country and not many people in CARICOM are fluent in Spanish as a second language. There may be a higher percentage in a country such as Belize but certainly not in Jamaica which is 150 miles (240Km) from Cuba. There are discouragements related to trade and investments with Cuba due to US sanctions, including the 1996 Helms-Burton Act.

One would have thought that given CARICOM’s recent focus on strengthening its relations with Africa, some heads would be en route to Luanda for the OACPS Summit. However, in spite of the scheduling difficulties presented with the CARICOM/Cuba Summit, it will be recalled that the Commonwealth Heads of Government Meeting was held in Kigali, Rwanda, in June and the UN Climate Change Conference (COP 27) was held in Egypt, November 6-18. The 115th OACPS Council of Ministers Meeting and the 45th Joint OACPS/EU Council Meeting was held in Brussels, November 27-29. With these in-person meetings, I would think travel budgets are a bit strained at this point and could be a consideration also in travel decisions.

As Trinidad and Tobago is the current chair of the OACPS Council of Ministers, it is expected that Prime Minister Keith Rowley will be attending the OACPS Summit in Luanda. I would have expected the current chair of CARIFORUM, Antigua and Barbuda, PM Gaston Browne, to also attend, but for whatever reason, this does not seem likely. I understand that a vice-president of Cuba will attend the OACPS Summit. I assume that the Dominican Republic will have high-level representation.

Regrettably, it has become a trend that the attendance at OACPS Summits of CARIFORUM Heads, particularly those who are CARICOM members, has been very poor.

This is the first OACPS Summit under the revised Georgetown Agreement, the creation of the organization, and for the current Secretary General, H.E. Georges Rebelo Pinto Chikoti. The theme of this OACPS Summit is ‘Three Continents, Three Oceans, a Common Destiny: Building a Resilient and Sustainable OACPS’. It may be recalled that Secretary General Chikoti was a special guest at the 43rd CARICOM Heads of Government Conference in Suriname in July at which he urged unity among the then 79 members of the OACPS on multilateral issues of common interests and spoke of the 10th summit urging participation from the region. Note that the OACPS now has 78 members as South Africa recently withdrew from membership.

Hopefully, there will be a surprise and more CARIFORUM heads than expected will turn up for the OACPS Summit which will end on December 10.