Editorial | The age of consent, and more 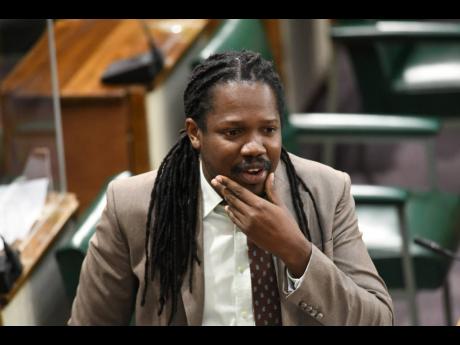 The debate stirred by Damion Crawford’s call for a hike, from 16 to 18, of the age at which Jamaicans can legally consent to sex is another reminder that the Holness administration has unfinished business with respect to the Sexual Offences Act, on which a parliamentary committee concluded a review nearly four years ago.

The majority of that group held that the current age be maintained, as is reflected in the committee’s recommendations. But the minority, who shared Mr Crawford’s position, insisted that their views be recorded.

While this newspaper would have no fundamental opposition to increasing the age of consent, we are clear that the designation should not become an end in itself without addressing the greater underlying problems that it would purport to fix.

Put another way, increasing the age of consent by two years would instantly mean that there are far more cases of statutory rape, assuming that all the under-18-year-olds, especially girls, who now have sex with older people – coerced or otherwise – would be legally part of a wider net of victims. Jamaica’s record of law enforcement does not inspire confidence that these additional cases would be adequately investigated and attended to. Which, on the basis of the anecdotal evidence, is what happened in the 1980s, when the age of consent was lifted from 14 to 16.

For the avoidance of doubt, this is not an argument in favour of nothing being done, or for the status quo to be maintained. Rather, it is our plea that should the age of consent be adjusted, it ought not to be a cosmetic exercise – a sop to our collective consciences for a failure to have robustly confronted a problem that has metastasised. In other words, Jamaica has deeply social and cultural issues to address, and repair, if it is to reverse the abuse and exploitation of children and adolescents. Merely passing legislation would not be enough. It will require concentrated work and moral leadership. In that regard, those who are engaged in the process have to be careful of being lured into goal displacement – assuming that legislation is the entirety of the complex enterprise.

The context of the current discussion is Mr Crawford’s speech in the Senate last week, lamenting Jamaica’s high level of teenage pregnancy – 60,000 births by adolescents in a decade – and the negative impact early childbearing has on the schooling of some girls.

A report by UNICEF, the UN’s children’s agency, using Jamaica government data, estimated that in 2017, nine of 10 Jamaicans had completed five years of secondary education (to grade 11), a four percentage point improvement from seven years earlier. Of the seven per cent of females who left schools before grade 11, nearly half (49 per cent) said it was because of pregnancy.

That was the backdrop of Mr Crawford’s call for raising the age of consent, and UNICEF’s admonition that he had misinterpreted some of its data.

The commission considered the data for net enrolment (the number of students enrolled as a percentage of people in the age range) as even more hairy. “Jamaica’s net secondary enrolment rate, according to UNESCO, is 75 per cent, which is above the world average and similar to the Caribbean average, though well below Barbados,” the commission commented.

The larger point, however, as UNICEF Jamaica acknowledged, is that Mr Crawford refocused attention on issues about which Jamaicans should be having frank discussions – including whether at age 16 Jamaican children are sufficiently mature and emotionally grounded to make informed decisions about sexual engagement, and the logic of a differential between the age of consent (16) and the age of majority (18). In most countries of the Caribbean, the age of consent is 16, as it is in Britain and 34 of America’s 50 states.

This discussion must include – which we support – providing children with realistic, age-appropriate sex education and reproductive health information in schools. With respect to the latter, in addition to the efforts to avoid early sex, making contraceptives available to adolescents should be on the agenda.

These things, however, are only part of a larger fix, whose core must be a social reset, where exploitation and abuse of the vulnerable, including small children and adolescents, is not the national default. Further, systems have to work, so that when people break the law, including in cases of statutory rape, there is a good chance that they will be discovered and made to face the consequences.

But as the Damion Crawford intervention highlighted, there is also much else to discuss and debate and to take action on. This can’t wait.