Peter Espeut | Raise or enforce the age of consent? 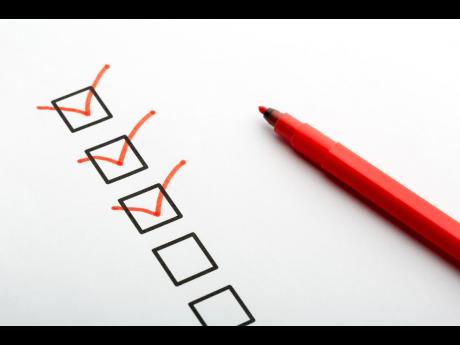 One could argue that passing laws is the simple part; the hard part is detection, apprehension, prosecution, and conviction, which Jamaican law enforcement is demonstrably poor at.

No one could argue that simply raising the age of consent from 16 years to 18 years old is going to prevent or even reduce teenage pregnancy. I do not understand this to be what Senator Damion Crawford, opposition spokesman on education, is proposing.

In a previous column ‘On Legislating Morality’ (October 28) I stated that “Making murder illegal has not prevented Jamaica having one of the highest murder rates in the world! Also illegal in Jamaica are rape, robbery, fraud, bad driving, and pollution of our rivers, but all these acts take place every day.”

Simply passing laws does not prevent lawbreaking. What it does is make a particular activity illegal. Law enforcement then has to catch the perpetrators, build an airtight case against them, and then take them to court. One could argue that passing laws is the simple part; the hard part is detection, apprehension, prosecution, and conviction, which Jamaican law enforcement is demonstrably poor at.

In that column last October I wrote that “Effective enforcement of laws probably makes a bigger contribution to eliminating antisocial behaviour than the passage of a raft of laws.” That remains true, whatever the age of consent in Jamaica.

Presently in Jamaica, the age of consent is 16 years, which means that having sexual intercourse with an underage girl, even if she “gives the go-ahead”, or even initiates it, is considered statutory rape, since the law determines that a girl under 16 is not competent to give sexual consent.

The 2008 Jamaica Reproductive Health Survey reports that the mean age at first sexual intercourse for females aged 15-17 was 14.4 years, and for females aged 18-19, was 15.8. Therefore, in 2008 the average Jamaican female under 16 years old (in the tens of thousands) would have been a victim of statutory rape, and should have been in a government-run “place of safety”, and their male partners (tens of thousands more) should be in jail.

Of course, this is not happening. Even though statutory rape is on the books, the government has no stomach for prosecuting it. Were there a policy to enforce the age of consent, underage pregnancy would be a reportable offence, and every underage girl who presents at a maternity ward would be forced to declare who the father is (and DNA tests could be employed to prove it conclusively); and the necessary legal action taken. The jails would be full!

It seems to me that this is exactly what Senator Crawford is proposing. According to a report in The Gleaner of December 3, 2003, “He also wants the Government to equip the Centre for Investigation of Sexual Offences and Child Abuse with enough staff to probe all underage pregnancies. He is suggesting that these investigators should be given the power to take DNA from suspects.”

According to Senator Crawford, today we have quite a high incidence of teenage pregnancy: he stated that about 60,000 Jamaican teenage girls have given birth over the decade 2009-2019 – an average of 6,000 each year (over 115 each week). A number of these girls would have been under the age of consent. Jamaica’s justice system largely ignores statutory rape.

The Gleaner quotes Crawford as saying: “If you have 60,000 [underage girls getting pregnant] in the last 10 years, at least 50,000 [men] should be in jail. That’s how you bring down some of these criminals.”

Senator Crawford proposed in the Senate a minimum sentence of 15 years for men who have sexual intercourse with underage girls. He also proposes an exemption in the case of a three-year age difference between the two, so as not to criminalise sexually active adolescent boys.

This action can be taken right now with the age of consent at 16 years old. But I don’t hear the women’s activists asking for it. They are calling for contraception to be provided to young girls, and for abortions should they get pregnant. They rejoice in the sexual liberation of women! Let them have sex and enjoy themselves, but help them to avoid the consequences.

Does this mean that changing the age of consent from 14 to 16 years old was bad law, making criminals of tens of thousands of Jamaicans, and therefore we should go back to 14 as the age of consent? In fact, why not drop it to 12 years old. Then almost no one would be breaking the law!

It depends on your philosophy of sexual intercourse.

If the purpose of sexual intercourse is recreation and the pursuit of pleasure (i.e., the sexual revolution of the 1960s), then there really should be no or a low age of consent The task of government would be to provide sex education in schools (how to do it – maybe with demonstrations and in-class practice) at an early age, and to provide contraceptives to help to avoid pregnancy. Should pregnancy occur, abortions should be widely available on demand. Here, the sexual philosophy is: everyone has the human right to have sexual intercourse when they wish with whomsoever they wish (as long as there is mutual consent) without the complication of pregnancy.

But wait! This is exactly the philosophy that many are loudly advocating!

In such a scenario, pregnancy would be akin to a disease (rather than good health), and “sexual and reproductive health” would mean encouraging safe sex while avoiding its natural consequences.

Whether the age of consent is 16 or 18 makes no difference if there is no intent to enforce it – if the real intent is to encourage sexual freedom along with contraception and abortion.

Others promote a different philosophy: restraint and control of all the appetites; sexual intercourse within the context of a committed relationship, where children are welcome, cared for and raised to be good citizens and solid human beings. The age of consent protects adolescents from sexual abuse, from choosing transactional sex, and from being pimped by their parents. It should be set at an age when formal education would be at an end.

The age of consent should be enforced, no matter who is implicated. I don’t see this happening any time soon.