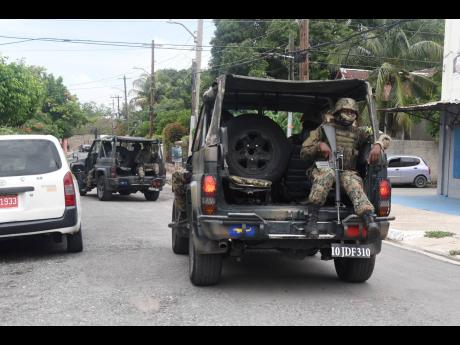 The Old Ball and Chain has been chafing at the bit to critique her favourite Prime Minister (I thought she liked him) so bumped me out of my chair.

Old BC: Two simple things confuse Old Grey Balls. I’m not surprised. He’s easily confused. Firstly, readers told him they want to hear from me not him. That I understand. Don’t watch the hype. He’s just a Grumpy Old Man who can’t shut up! Two, I can like someone while disliking what he says or does. Let’s face it I’ve been married to Old GB for 40 years!

Old GB: So why this latest hissy fit?

Old BC: PM’s talk of “violence prevention” (including accusing music of promoting violence). He retreated to politicians’ favourite refuge by creating a Committee. He says the National Commission for the Prevention of Violence will give Government “new direction; new perspectives; and new strategies” to prevent violence (Diaspora town hall meeting; Trinidad; August 29, 2022). He proposed spending more on “social work” to include “psychiatrists and psychologists for young people.”

Old BC: KMT! We don’t need new strategies. We need to get serious about tried and proven strategies.

Old BC: I’m going to do it like David Letterman did on his old CBS show I didn’t like (btw I love his new Netflix show). Here are my Top 10 strategies. Number 10 is Garbage Collection. A clean environment promotes mental health, reduces anxiety and aggression. Psychiatrists and psychologists only come in after mental health erosion. Despite the hoopla about new trucks, a NSWMA truck still only comes to our (gated) community once every three weeks (or more); arrives full; and can’t collect all our garbage. It refuses to take gardening waste which Law prevents us from burning.

At this rate I’ll need a psychologist!

Old GB (mumbling): You always did….

Old BC: I heard that! Number 9 is an effective police force. Silly me, I thought violence prevention was police’s major purpose. Instead we’ve a JCF that can’t prevent jock rash and are so unreliable Government uses the army to cauterize violent crime. This. Is. Unacceptable!

Old BC: You’re kidding right? Number 8 is water. Water is life. Why, in 2023, so many areas have no running water? Why, despite abundant rain, we suffer perpetual drought? And water lock-offs? Basic amenities like water are great for mental health thus violence prevention!

Old BC: Are you high? Do we need another Committee to tell us if Government wants mental health/violence prevention it must provide basic amenities? Number 7 is Health Care. Lack of basic, affordable health care causes anxiety that leads to violence. Then government calls in grief counselors/psychologists. Too late!

Old BC: Oh be quiet. There’s more. Number 6 is Day Care. For people to nurture and develop non-violent families a comprehensive system of day care is a must. Children left alone while parents are hustling easily go astray.

Old BC: No more so than psychiatrists; psychologists and advisory committees. Number 5 is vocational training. We’ve enough lawyers, doctors and business executives. We need plumbers, masons, carpenters and other practical earning skill-sets that can keep youth out of trouble.

Old GB: I can see that one.

Old BC: Can you? I’m in shock. Number 4 is providing a Governance system people can trust. If you must be a Party-in-Power supporter to get anywhere there’ll always be tribal war. Number 3 is Conflict Resolution taught in schools. PALS tried but this must be on formal curricula. Number 2 is music and Jamaican history in schools. Music is like maths. It teaches logic and structure. It’s a crucial violence prevention strategy. Only persons bereft of ideas blame music for violence. Unless we understand our past, including our political past, we can’t think clearly about our future.

Old GB: So you have a problem with our schools?

Old BC: Finally! You nailed it. So the Number One Violence Prevention Strategy is EDUCATION! Time for an education revolution! Teachers should be the most qualified, highest paid public servants. My mother was Finnish My Uncle Esko was a teacher in Finland for decades. Go to Finland. Learn their method. Don’t follow America’s disastrous example.

Old GB: Can I say something now?

Old BC: If you insist.