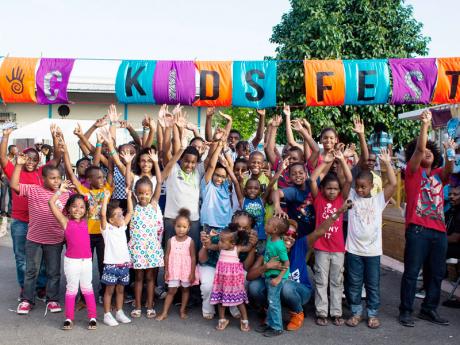 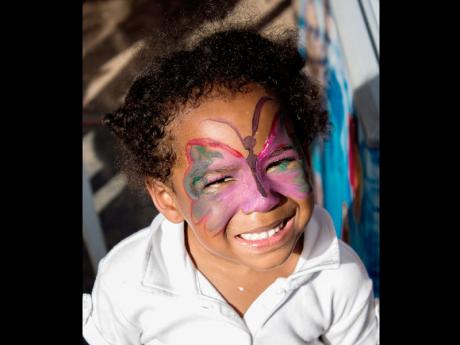 A smiling child with her face painted at Sunday's ROC Kids Fest. 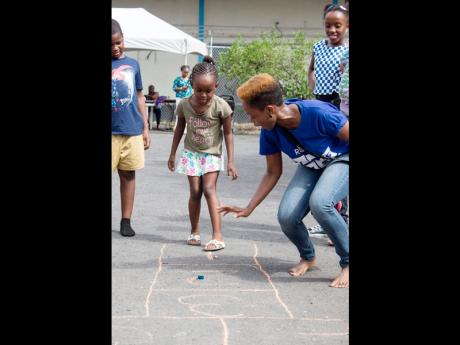 It was all positive in music, atmosphere and message at Sunday's ROC Kids Fest, held at 5 Keesing Avenue, St Andrew. The concert was the Reach One Child (ROC) Foundation's first venture into a musical phase. The non-profit organisation which awards a number of scholarships annually, focuses mainly on youth development.

The Kids Fest was well supported by several gospel, reggae and dancehall artistes. The ROC Kids Fest and ROC Foundation are spearheaded by singer Cherine Anderson and her associates, with funds raised going towards scholarships for deserving students.

The evening was cool and live reggae music created a sense of tranquility, as the entertainers delivered their sets in the same professional manner as if they were being paid. Chuck Fenda, Raine Seville, Natel, Voicemail, Chozenn, Omari, Nickesha Barnes and selector Geefus, among others, were all present to make the event memorable for the parents and children who turned out.

Fenda, who recently returned to the island from overseas engagements, says he always looks forward to supporting a positive cause. "It is a wonderful event and it's all about education, and from its about education, it's a 100 per cent support. Cherine is doing a wonderful thing and I just want to play my part in making a positive impact on the children who are here," he said. Chuck Fenda performed songs like Call On Me (a duet with Anderson), Warning and Cyah Stop Try.

Selector Geefus of Stone Love Movements told The Gleaner that he was pleased with the support of the charity initiative by entertainers. Geefus said people are supporters and consumers of music, therefore, it is only fair for the entertainment sector to give back. "Many entertainers came from inner-city communities and poverty. So the artistes uplift themselves and they ought to give back to the communities, because they are the main supporters," he said. Geefus also pointed out that Stone Love has participated in charity efforts, offering its services free at fundraisers.

Initiator of the event, Cherine Anderson, was busy throughout the day. She slowed down to express her praise to those who supported ROC Kids Fest.

"Everything with this foundation is charity and we decided that we wanted to start small and be intimate. These artistes understand the value of education and getting the artistes was the least difficult process. The main difficulty was getting cash sponsors. We just recognised the 14 2014 scholars, and they will be getting their scholarships to go off to high school. We also have mentorship programmes with workshops through the year," she said.

Anderson is gearing up to launch ROC Club International, a student service club based at Windward Road and Rollington Town primary schools.

"We are very grateful to Alternative Music for providing the space and the backline. Putting on any venture takes a team, a team of people who genuinely want to support. It's a costly venture and I am very appreciative for my sponsors - about 15 of them - who came together in some way to make this thing possible," Anderson said.