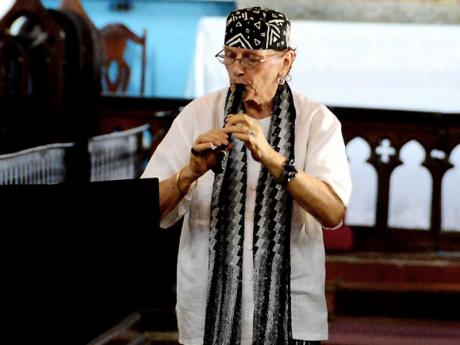 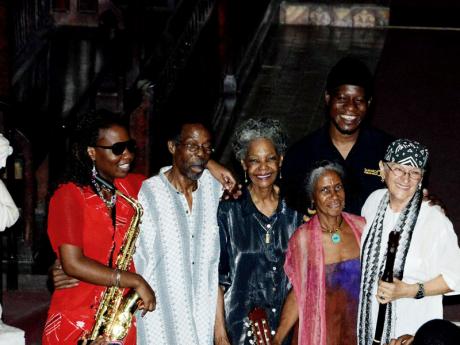 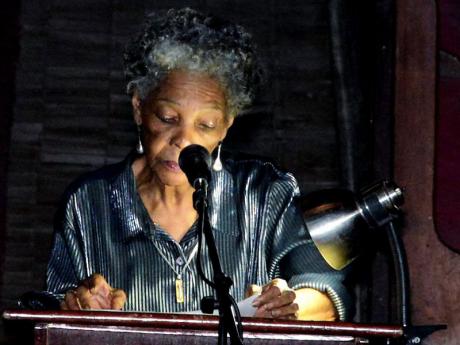 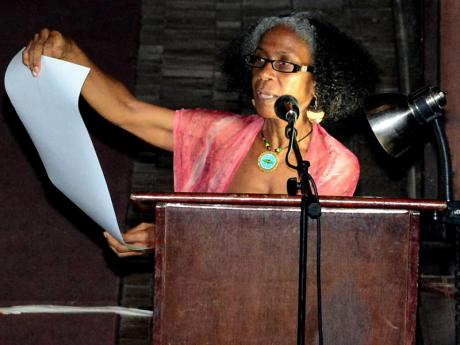 Judith Hamilton refers to the page at Heart Strings.
1
2
3
4

Beginning at 5 p.m., the experienced Rosina Moder, guitarist Shawn Richards, and pianist Conroy Cooper put in their best performance to give the small audience seated in the historic cathedral a good show.

Moder opted to take the guests to an era they had never experienced, performing classic songs from the 1500s. She gave them a peek into the past, carrying them away with every note played on her recorder.

Although the Christmas season is still some months away, the audience particularly enjoyed Moder's instrumental version of the famous carol What Child is This. Accompanying Moder on guitar was Shawn Richards, who was making his second appearance of the evening following his solo performance earlier.

Moder dedicated her entire set to standout musician Carmen Verity, who was also in attendance at Heart Strings.

Saxophonist Symone Thomas showed the small gathering her excellent musical abilities, putting in a beautiful performance of the popular praise hymn How Great Thou Art, much to the delight of the audience.

Organiser Judith Hamilton was not to be left out of the action as she put in a performance of her own. Reading some of her original pieces, the poet kept her set short and flavourful.

The rain earlier in the afternoon may have contributed to the power outage which happened towards the end of Hamilton's set. However, not even darkness could hide the light in Hamilton's voice as she carried on her performance, guests turning on their phone lights to offer some amount of illumination as she continued.

The concert was held in recognition of Hamilton's parents' 67th anniversary and she said it was also her way of giving back to the parish she grew up in and especially to the church she attended in her youth.