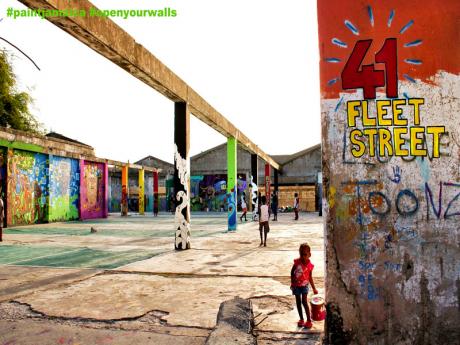 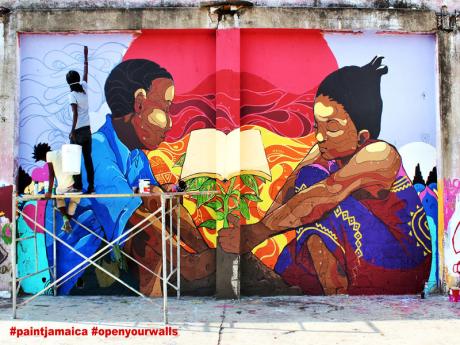 The Paint Jamaica project started in July 2014 with the idea of bringing art into the streets of Kingston, specifically in spaces forgotten or abandoned. Their main aim was to establish a relationship between art, talent and society, with the purpose of transforming the visual landscape of the environment.

However, in the next few months, the project did more than just transform the physical outlook of different communities; it transformed the lives of countless individuals who reside in these areas. The venture has been so successful that organisers have decided to embark on a new spin-off project, slated to get underway in October.

Dubbed Plant Jamaica, the new initiative is an offspring of the Paint Jamaica project, and aims to take the beautification of Kingston's inner cities to a whole new level. It is expected that combining both art and nature on this new project will not only continue to transform the visual feel of the communities, but will also further impact the lives of the residents. "Painting and planting bring more joy and happiness to some communities than what people may think. Beautifying spaces brings pride and something positive to the community, it also sparks a certain sense of creativity ... and Jamaica is a country with a tremendous and rich creative culture. As for planting, we hope this can be a big part of the future," said Marianna Farag, project organiser.

Plant Jamaica hopes to establish a restaurant and a sustainable farm/green space downtown. If it materialises, the restaurant and farm will be the first of its kind in the area.

As with the previous project, Plant Jamaica will again involve the participation of the surrounding communities and is seeking volunteers to help when the project kick-starts next month. So far, the project has received endorsements from Diamond Paints, Rapid True Value, GraceKennedy and the National Baking Company. Tuff Gong Worldwide has also pledged support for the event by contributing to their crowd fund, which will serve as their main source of finance for the project. The project's organisers are hoping to source enough money from the crowd fund to buy paint and other building material needed to start work on the farm etc., and are seeking Jamaica's help to make it a reality. They have a target of US$2,000 and have so far collected just over US$500. Donations can be made to their crowd fund at www.crowdrise.com/PAINTJAMAICA2/fundraiser/paintja. They also advise that as soon as the project gets started next month, they will be calling on individuals to act as volunteers.

The Paint/Plant Jamaica team is already looking forward to the community support, stating that making a connection with people often stigmatised in Jamaica is the project's biggest success to date. "Prior to our first project, we really spent time in the community talking to the residents and getting to know them. The human aspect is critical in what we do, a real connection has to happen and many friendships were made along the way," said Farag.